Do A Dot markers are really popular with preschoolers and this dot the letter Christmas tree alphabet activity is sure to engage them! 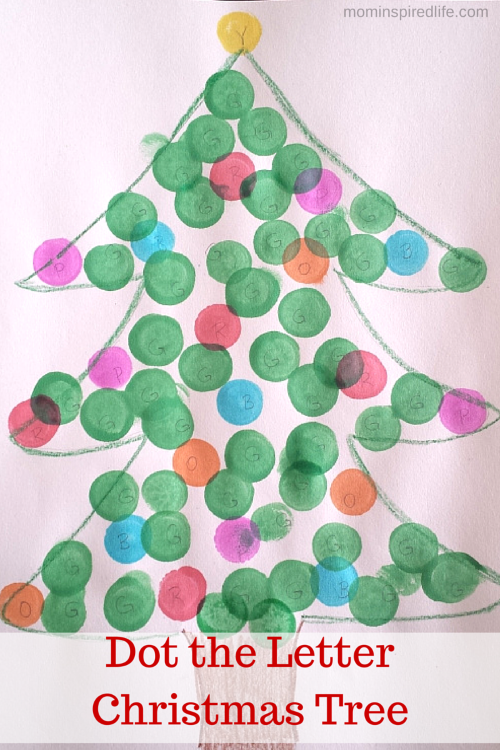 This fun alphabet activity encourages preschoolers to practice letter recognition and letter sounds. It also makes a beautiful piece of art to display during the holidays. Plus, it is so simple to set up!

Do A Dot Art Marker

1. Draw a Christmas tree on a piece of white paper.

2. Write letters all over the tree. I wrote the beginning letter for each color we were going to use. So green = G, red = R, and so on. You could use any letters you want though. I used the letter “G” a lot because I wanted there to be more green dots than anything else. If you really want to work on one specific letter, I would make that the green dot. That way the letter is reinforced over and over again.

3. Make a key for your child. I just used the Do A Dot marker to make a color dot and then wrote the letter it represented next to it.

I set the markers out with the lids off, so that Evan could easily go back and forth between them. Then I explained the key to him. I showed him that he would dot all the letter “Gs” with a green dot and all the letter “Rs” with a red dot and continued through all the colors. 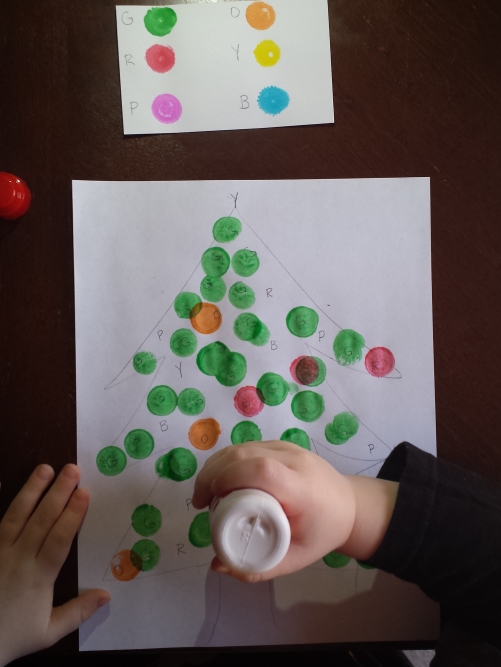 He wanted to do all the letters for each color at once. So he dotted all the Rs before moving on to the next letter and did that with each color.  As he was looking for every letter “R,” I would say the letter sound occasionally. Sometimes I would ask him if he could tell me the sound the “R” makes and he would say the sound.

In the end, we worked on recognizing several different letters and their sounds. We also made a beautiful Christmas tree picture to give to Grandma.