The Tape Letter Stomp is a super fun name alphabet activity that is sure to be a hit with your preschooler! It’s a great activity for those days when you can’t get outside to play, but energy levels are high. 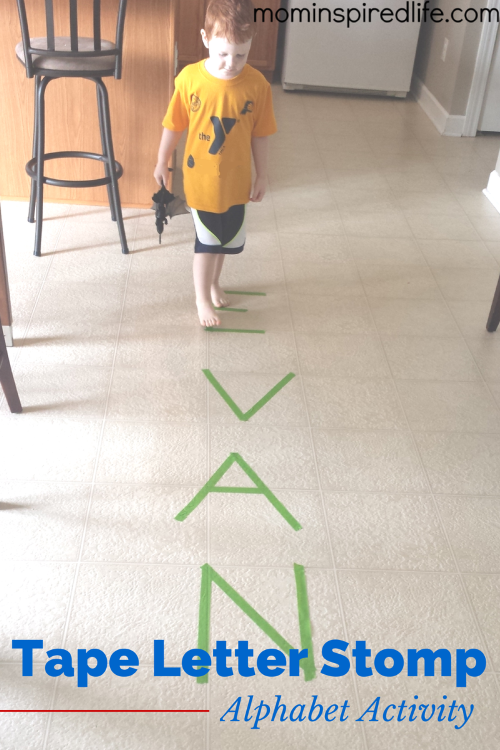 On this particular day, I wanted to work on the letters in Evan’s name. Most kids are very interested in the letters of their name even if they show little interest in letters in general. Evan is very excited about learning the letters in his name. He’s always happy when he spots a letter “E” in print somewhere.

1. Tape the letters onto the floor. You can even do this on carpet.

I called out letters and Evan would run to them and stomp on them like a dinosaur. Sometimes he would hop from letter to letter and I would call out the letter name as he landed on it. He also liked to run from far away and jump on a letter when I called one out. All of this was led by Evan. I let him decide whether he wanted to run, jump, stomp, etc. After he did this for a while, I had him hop from letter to letter in order. So I called out E-V-A-N as he landed on each letter. He did that over and over a several times. He was excited about spelling his name.

You may be wondering if all of these playful alphabet activities are actually teaching him his letters. The answer is yes! He often surprises me by identifying letters in books and on signage. I haven’t been doing intentional letter learning activities very long and everything I have done has been play based. He is never drilled on the letters and I don’t force him to “do school.” We just have fun playing and in the process he has learned so much!

Check out tons of great preschool activities over at my Preschool Pinterest board. 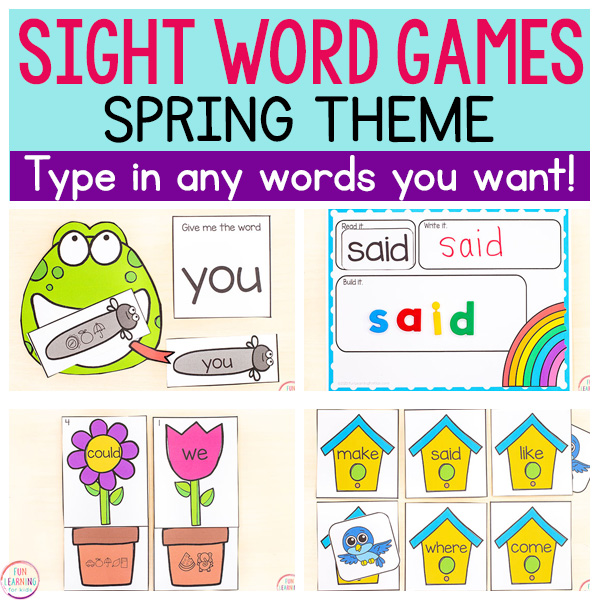