This beginning sounds activity with water was so easy to set up and tons of fun for my son! It’s a fantastic summer literacy activity for kids to do outside! 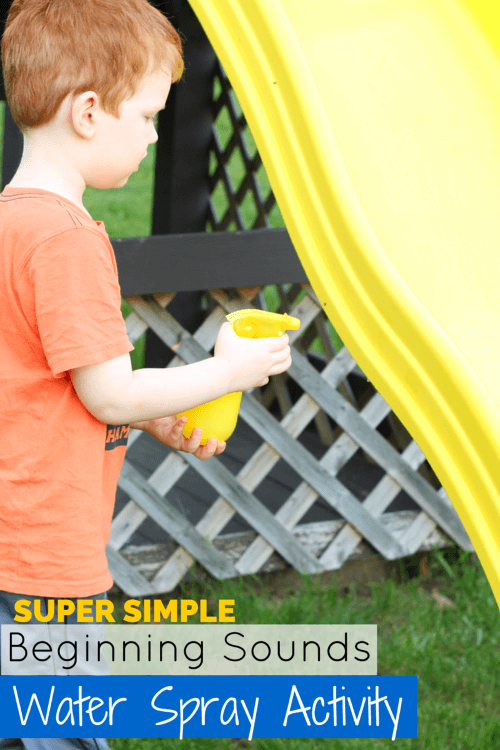 This could not be any more simple, but it was highly effective and lots of fun! Evan didn’t want me to end the activity…ever!

While playing, he was recalling letter sounds and learning to identify the beginning sound in a word.  I was so happy about all the fine motor strength he was developing while squeezing the trigger on the spray bottle too!

That’s it! I told you this would be so simple!

Spray Something That Starts with the Letter Sound

I filled the spray bottle with water and gave it to Evan. Then I explained that I was going to call out letters and letter sounds and he needed to find something that started with that letter and spray it! 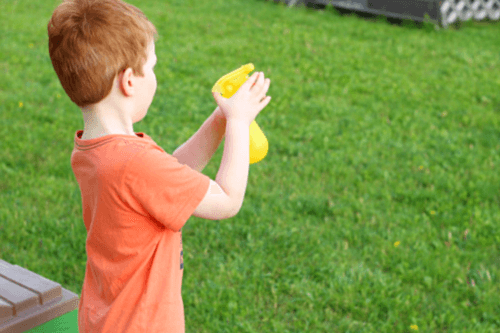 To begin, I said “Can you tell me what sound ‘S’ makes?” He told me the sound it makes and then I asked him if he could find an item in our backyard that starts with an “S.” After some prompting, he realized that slide starts with “S” and went and sprayed the slide with the water in the spray bottle. 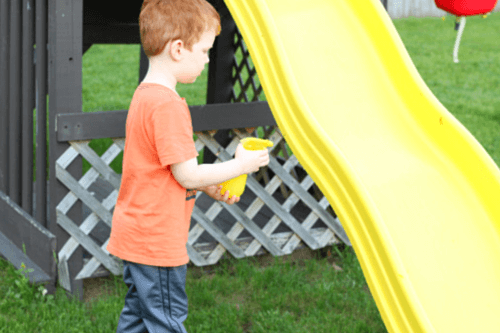 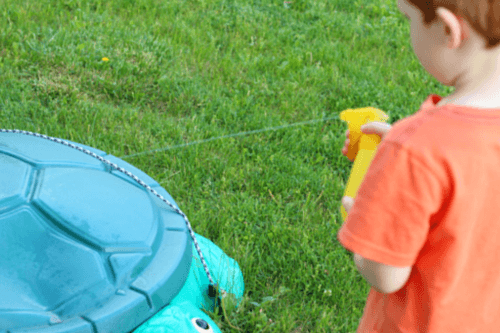 I kept repeating the letter sound and giving hints if he needed them, and he would locate an object and spray it.  I did let him have fun spraying before moving on to the next letter. I may have been sprayed a few times too. Haha! 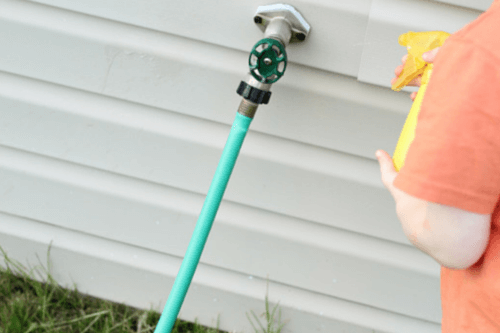 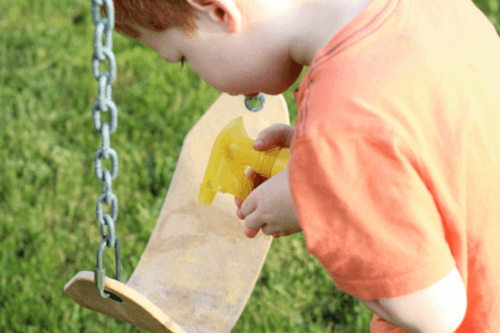 He was happy to do this for as long as I wanted and we had to refill the bottle a couple of times!

Search for Letters in the Pool