Creepy crawlies are an exciting topic for my three-year-old son.  He loves all things creepy and crawly so integrating that with a beginning sounds activity is a win-win! 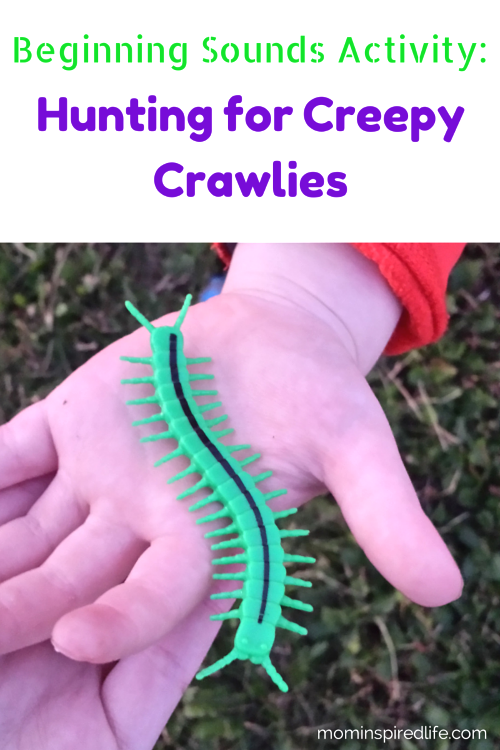 Over the last few weeks the PLAYful Preschool Team has had a great time bringing you activities based on unit themes such as: dinosaurs, community helpers and nighttime! This week the theme is creepy crawlies. We have thematic lessons for literacy, math, science and more! As always, make sure you check out all the other activities below!

Evan loves to look for bugs when we are outside playing, so I knew a creepy crawly bug hunt would be a great idea. He was so excited while we were hunting and after we were done he said, “That was so fun” about three or four different times. I call that a big success!

As we did the activity we worked on identifying beginning sounds of words, learning the names of the different bugs, grouping them according to type of bug and listening skills.

When planning this activity I wasn’t sure if the weather would cooperate, but thankfully it was a beautiful evening and we were able to go out. Although we did this outside, you can easily do it inside as well.

2 packs of fake creepy crawly bugs – I got mine at Dollar Tree and made sure to pick packs that had spiders, beetles, centipedes, etc.

1. Hide the creepy crawlies around the yard or in your house. It helps to write down how many of each type of bug you are using, so that you know if you are missing one or two.

2. Write the names of the creepy crawlies on pieces of paper. 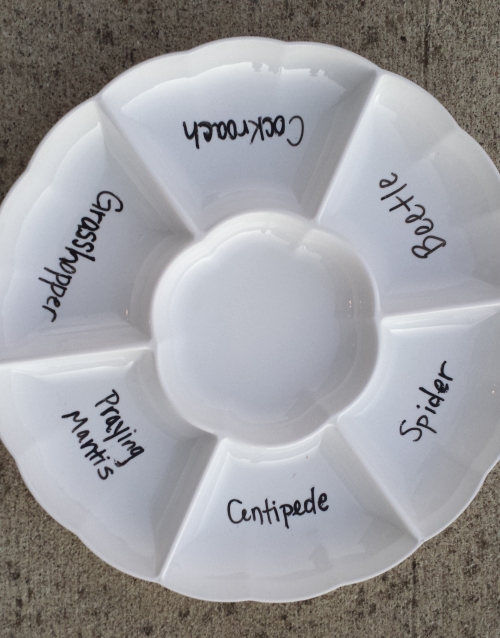 I told Evan there were lots of creepy crawlies in our yard and we were going to go on a hunt to find them. He grabbed his magnifying glass and got to work. He ran around the yard searching high and low for bugs. We worked on listening skills as I directed him to check certain areas and go in certain directions.

Originally, when he found a bug, we would discuss its name and then decide which letter it started with. Once we knew that, we looked at the tray to determine which spot to place the bug. Two of our bugs started with the letter “C” so I helped him find the correct name on the tray in that instance. As we got going with the game, the excitement was too much to stop and do that for each bug. So we just started collecting the bugs in one big pile. Then after we were done finding them all, we discussed the names and sorted by the beginning sounds. 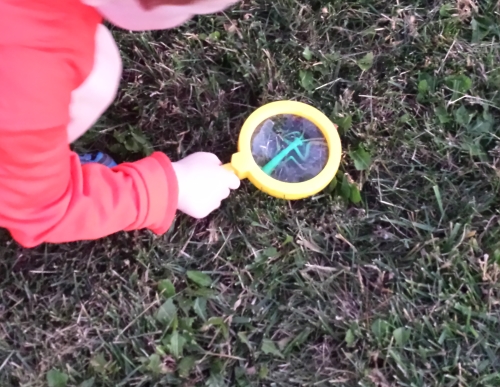 We did this at dusk, so by the end of the hunt it was pretty dark. We ended up using a flashlight to look for the remaining creepy crawlies. This was an even bigger hit with Evan! However, I would recommend using brightly colored bugs if you decide to do this in the dark. We could not find one of the brown cockroaches and had to go back out the next day to find it. I will say, hunting in the dark really added to the creepy crawly factor of this activity! 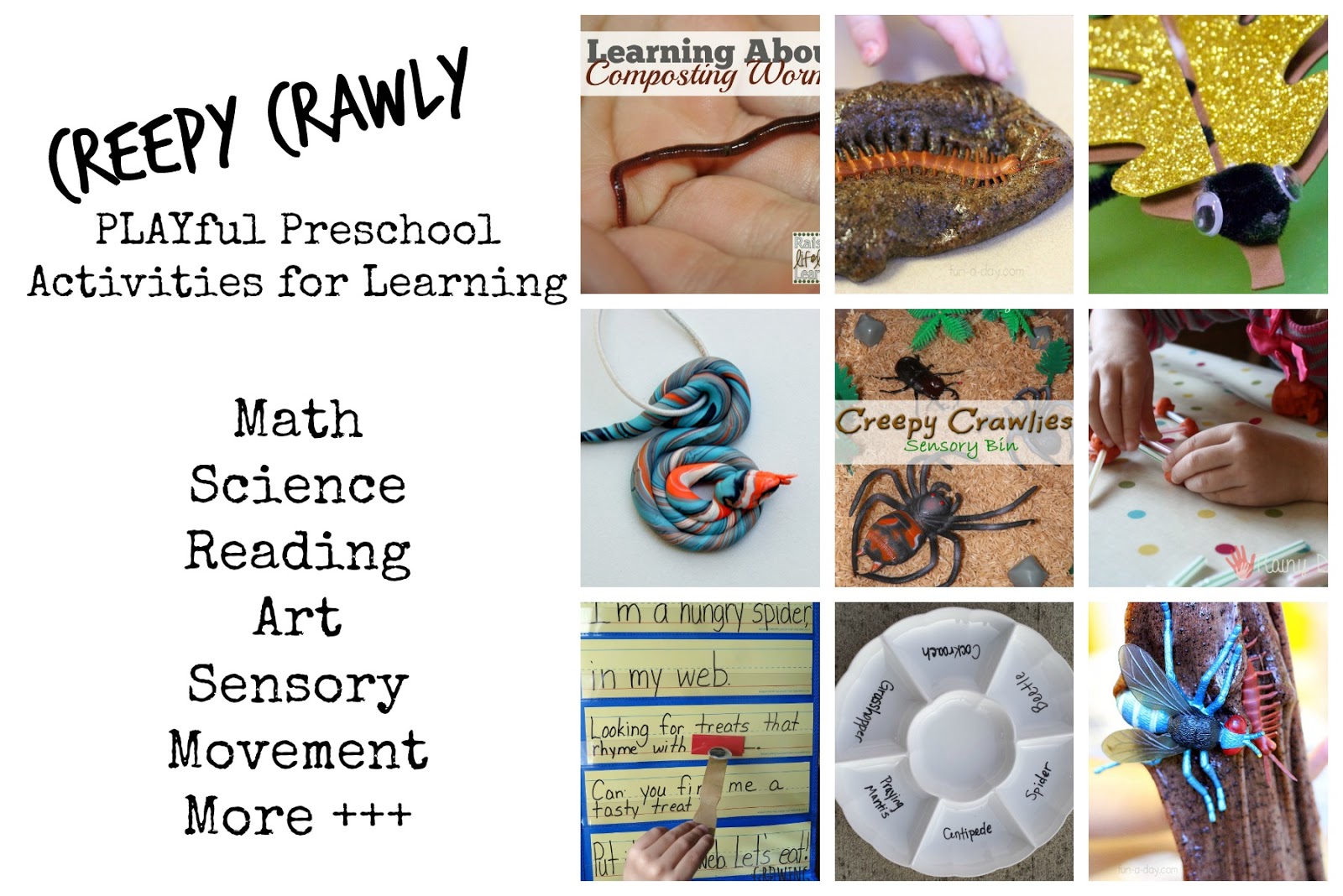