We had so much fun with this blowing pom poms alphabet activity! For additional fine motor practice, we used a squeeze bottle to blow the pom poms. 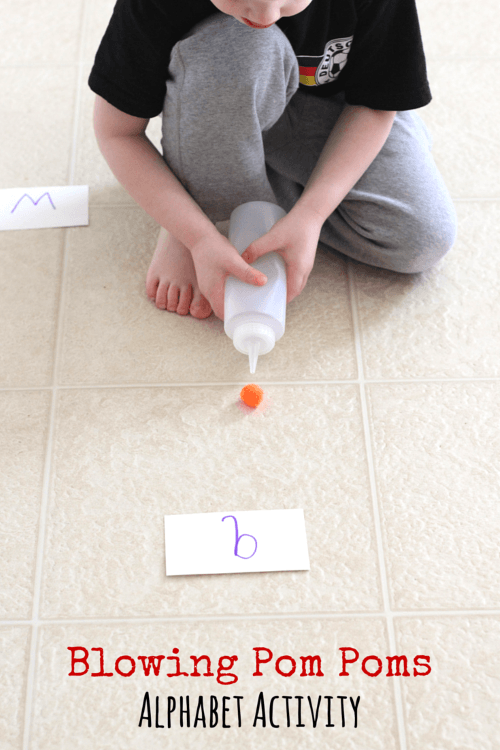 This move and learn alphabet activity was so easy to set up and was very engaging for my active learner! He was very focused on blowing the pom poms to the letters on the floor.

Instead of using a straw to blow the pom poms, I decided to use a squeeze bottle so that I could sneak in some fine motor exercise.

How to Set Up This Pom Pom Alphabet Activity

1. Write a letter on each index card. You can do as many letters as you would like.

2. Tape the index cards to the floor.

How to Play the Blowing Pom Poms Alphabet Activity

Give your child the empty squeeze bottle and instruct them to squeeze it while pointing the nozzle at the pom pom. This will cause the pom pom to move. It is a good idea to let your child practice a bit before you start the alphabet activity. 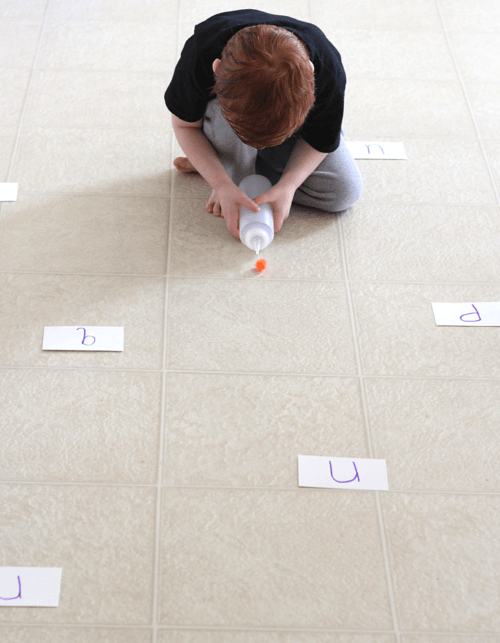 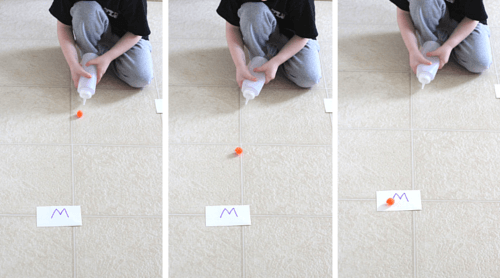 This was lots of fun for both of us! Evan was very excited when he was able to land the pom pom right on the index card. There was lots of cheering and jumps for joy involved!