This dinosaur alphabet board game is a fun way to learn letters and a great extension to the book Goldilocks and the Three Dinosaurs. My kids loved it! 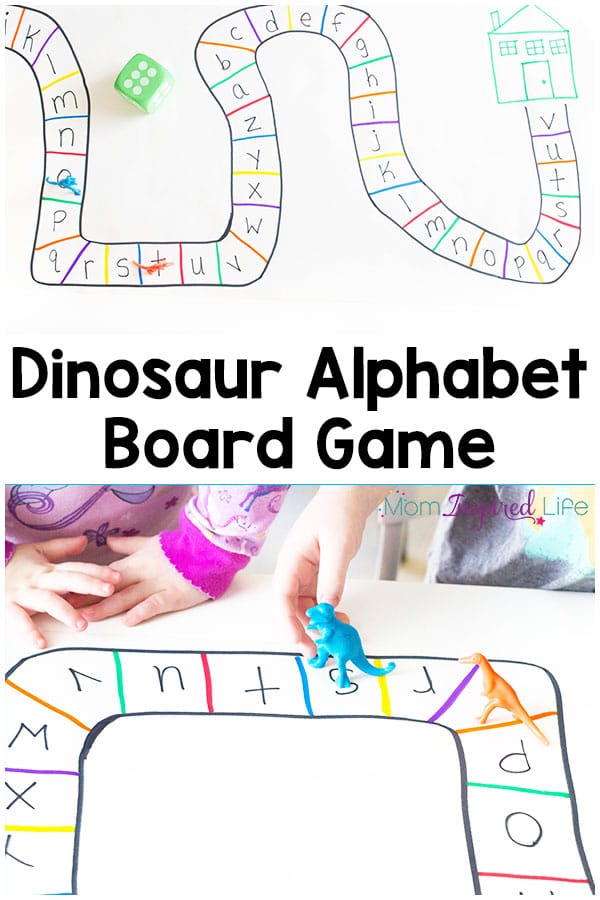 This month the Virtual Book Club for Kids is featuring the book Goldilocks and the Three Dinosaurs. It’s such a fun book and my dinosaur-loving kids really enjoy it!

This dinosaur alphabet board game is a playful way for kids to practice identifying letters and their sounds. And because it is related to dinosaurs, we had to make it BIG. A board game that covers the entire table was totally necessary.

Setting Up the Dinosaur Game 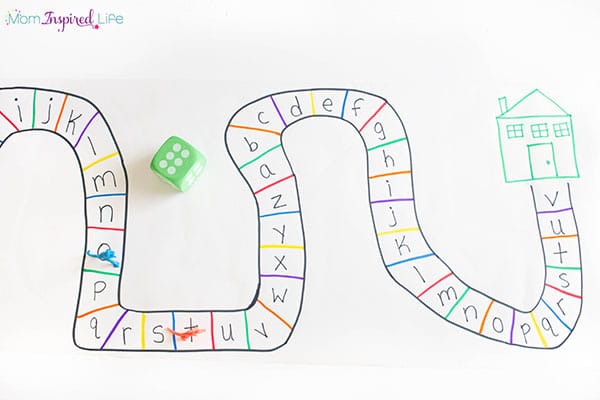 Playing the Dinosaur Alphabet Board Game 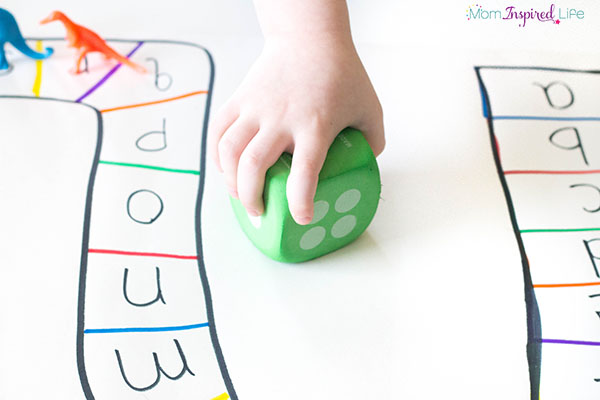 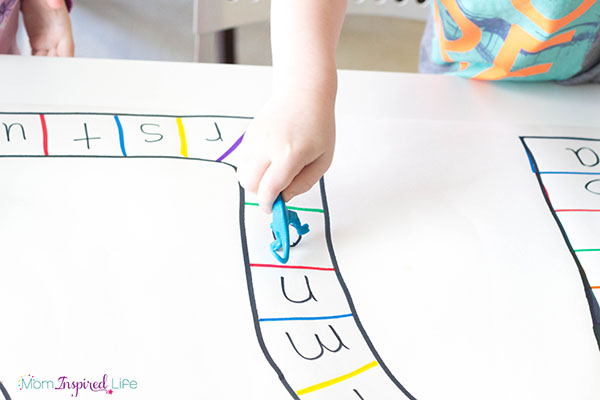 I also like to say words that begin with that letter. So my son will land on ‘b’ and say “b says ‘bbbb'” and I will say “Yes, like bat and bear and bike.” Most of the time he joins in and says words that start with that letter too. Usually they are silly words and that it totally fine with me. As long as he is enjoying himself, I am happy.

My toddler even played with us. She rolled the dice and I helped her identify the number and move that many spaces on the game board. Then I let my son say the letter and letter sound for her. She gots lots of counting practice and heard lots of letter names and sounds. 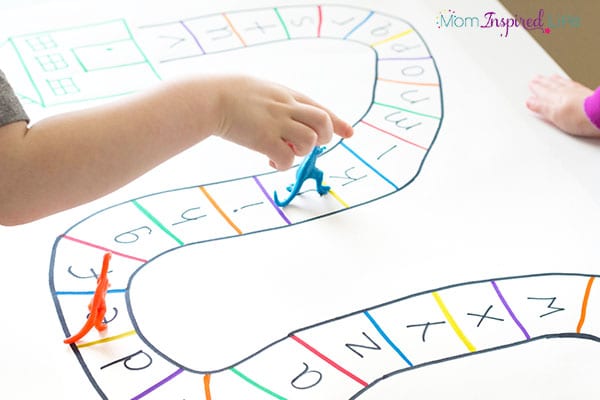 I love that it was such a fun and educational time for both kids! My son has already asked to play it again and I am leaving it on the table for a while so that we can play whenever they want. They have even been using it as a play mat for their dinosaurs and other small toys. 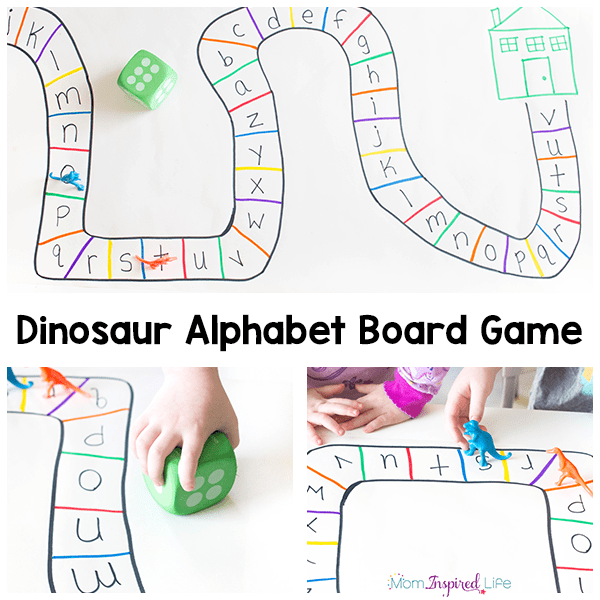 Check out these other awesome Goldilocks and the Three Dinosaurs activities!

Goldilocks and the Three Dinosaurs Bon-Bons  ::  I Can Teach My Child

How Many?  Questions for Dinosaur Math  ::  Rainy Day Mum

Dinosaur Shapes Game  ::  The Educators’ Spin On It