This ladybug roll and cover math game is a fun way to practice math skills like counting and addition. It’s perfect for your insect theme lesson plans. 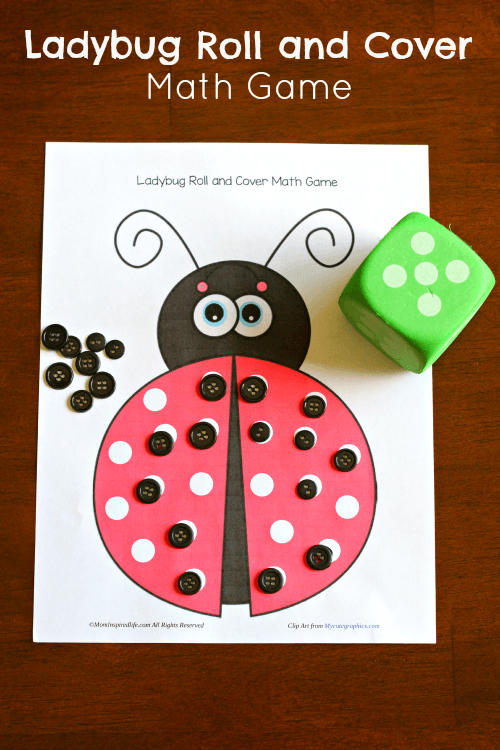 This week the PLAYful Preschool theme is ladybugs. The team has a bunch of playful ladybug learning activities planned for you! Check them all out below.

Over the last week, we have had a lot of fun learning about ladybugs. We even did this neat activity where we modeled the life cycle of the ladybug with play dough.  I thought it would be fun to plan a ladybug math game too, so I came up with this roll and cover activity. 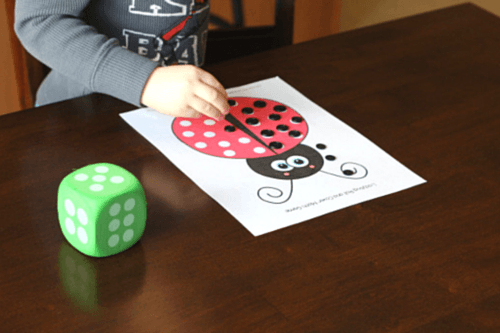 After that, I instructed him to roll both dice and add the two numbers together. Then he covered that many spots on the ladybug with buttons. 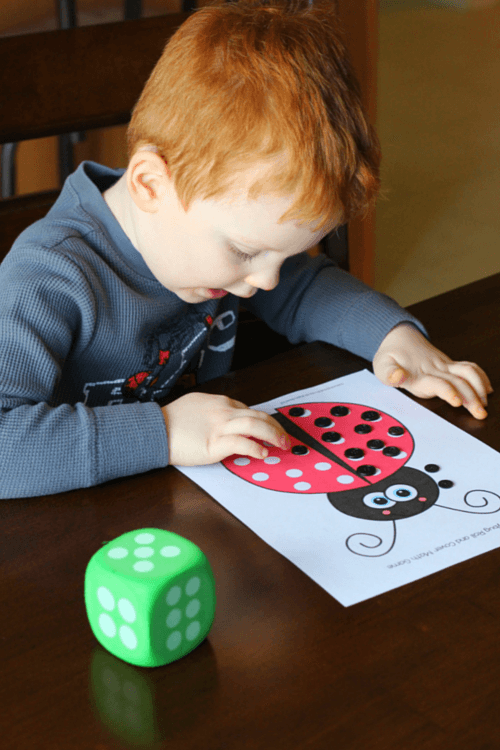 Overall, it was a great way to practice counting, adding, one to one correspondence and subitizing. Manipulating the buttons and placing them directly on each blank spot proved to be great fine motor practice for Evan as well!