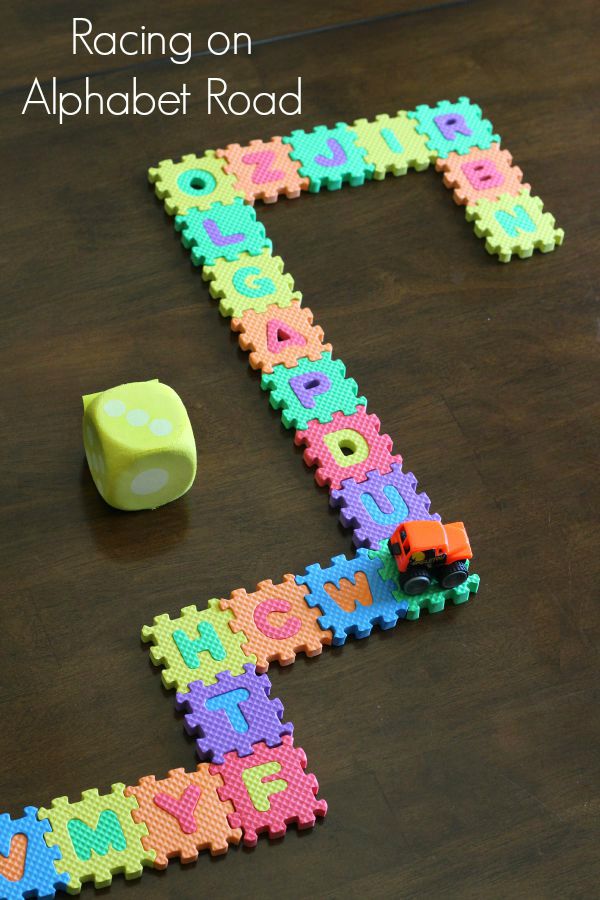 This was so simple, but my son loved it. He enjoyed driving his truck across our alphabet road back and forth both ways. It was a great refresher for him on recognizing numbers 0-5.

Setting Up the Alphabet Road Activity

1. Make a road for the toy car with your foam letter tiles.

2. Cover the number 6 on the die with a small post it or piece of paper.

While rolling the die, children may learn counting, one to one correspondence and subitizing numbers 0-5. I didn’t write a zero on the die, but I would definitely advise it if your child isn’t very familiar with what a zero looks like. 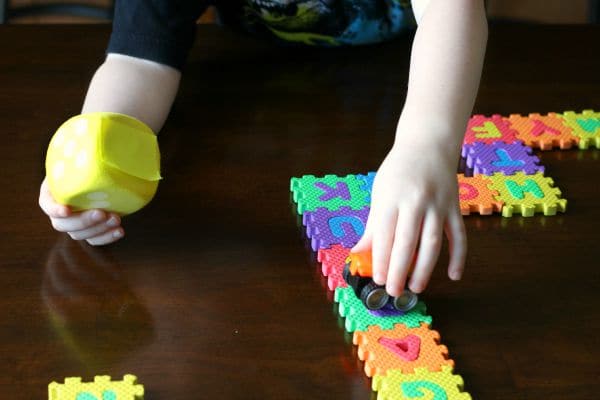 Younger children may need to count the dots on the die to determine the number it represents. Eventually, they will learn to subitize and identify the number represented by sight alone. Evan is now at this stage, but we do lots of dice games so he has had lots of practice. 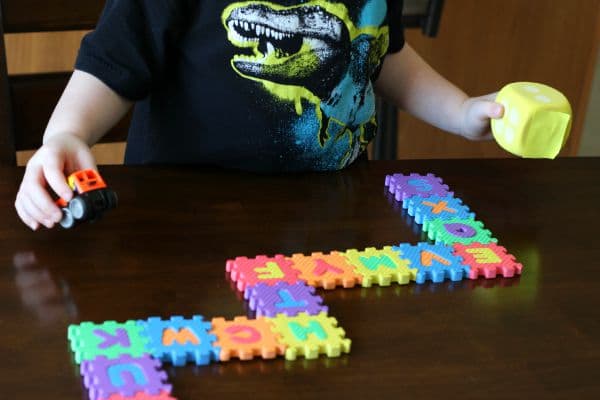 I instructed Evan to roll the die and then move that many tiles on the alphabet road. When the car arrived at its destination, I asked him what letter the car landed on and the sound that letter makes. 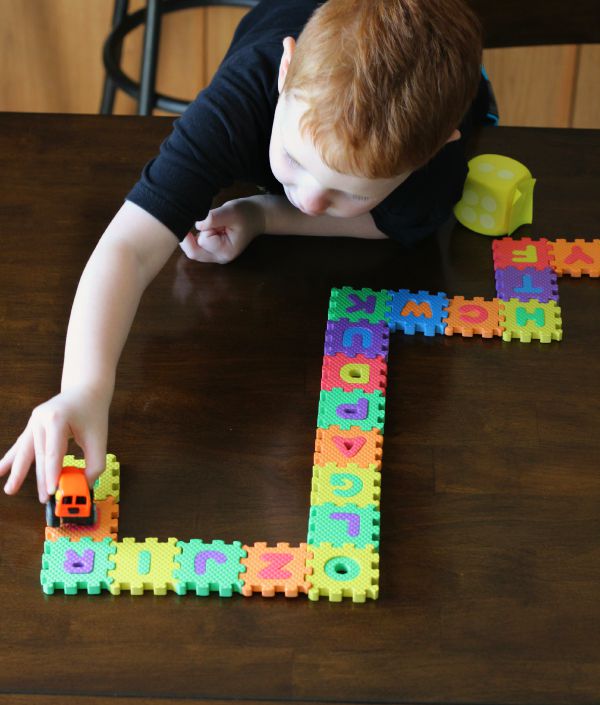 We played this several times and it was enjoyed the entire time. Evan loved trying to get the die to land on a big number so that he could move the car farther. 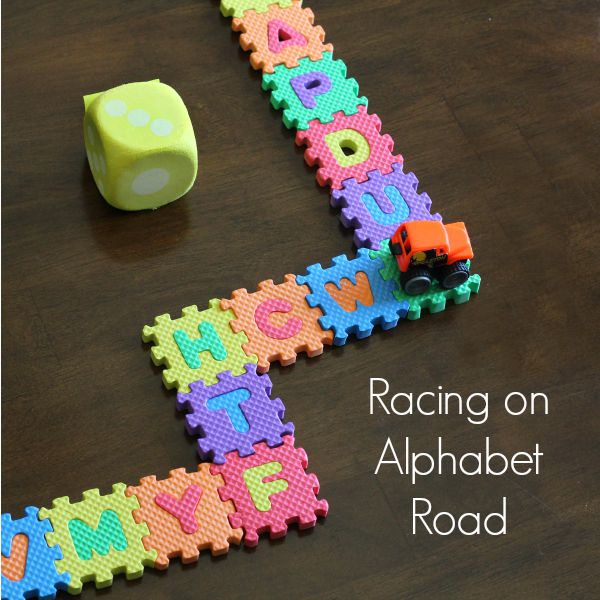 Check out my post Learning Letter Sounds on Alphabet Road for a related activity I think your kids will also enjoy!

MORE Hands-on, Playful ways to teach the numbers 0-5 with these activities from the Early Childhood Education Team.

Establishing REAL RELATIONSHIPS with NUMBERS in Preschool! by The Preschool Toolbox Blog
Gross Motor Number Line by Still Playing School
How many gems am I holding?  Pre-K and Kinder Guessing Game From 0 to 5 by Capri + 3
How Many? 0 to 5 Number Pattern Recognition by  Rainy Day Mum
Free Counting to 5 Game: Construction Theme by Life Over C’s
0-5 Number Games with Dry Erase Apple Cards by Tiny Tots Adventures
I Spy Activity by Munchkins and Moms
Counting Cars Numbers 0-5 Book by Learning 2 Walk
Segmenting Words: Clap Counting by Growing Book by Book