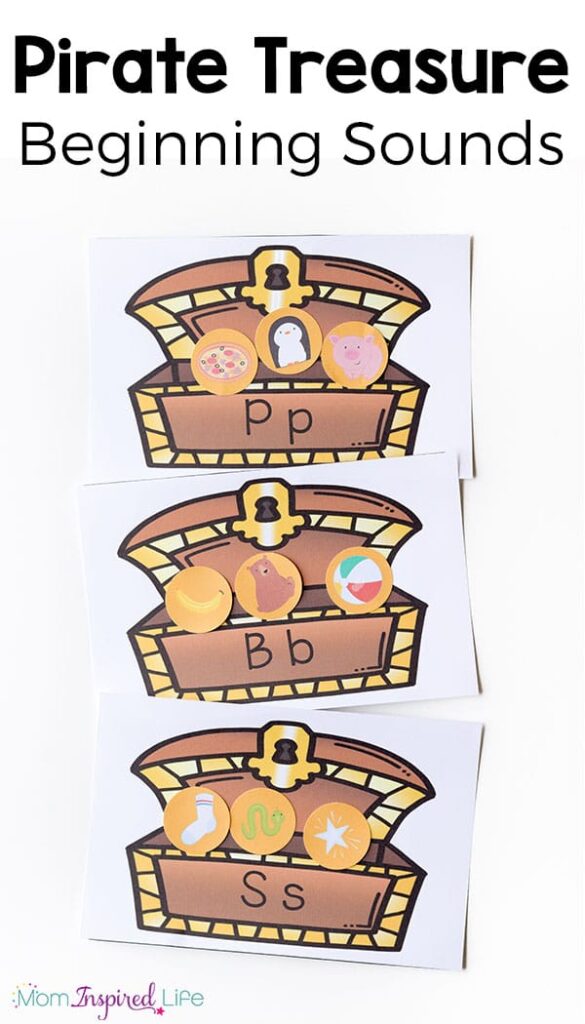 I am always looking for ways to increase engagement with activities and this pirate treasure beginning sounds activity was just the way to do that. My kids love all things pirates and treasure, as many kids do. And the fact that they could add coins to a treasure box was definitely a win. 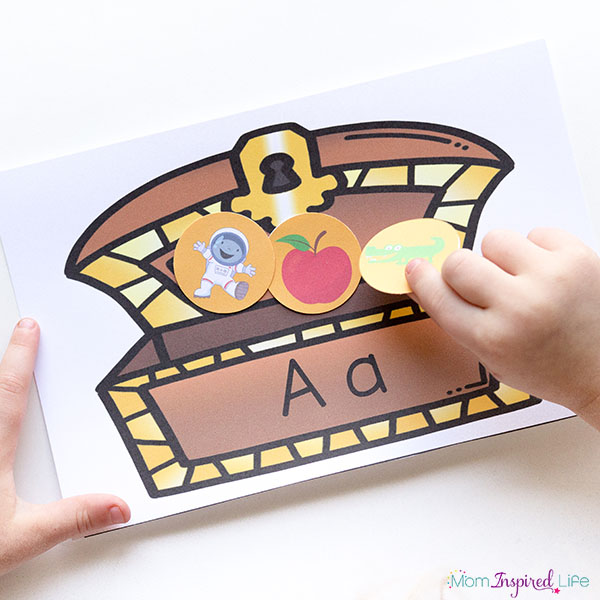 While participating in this activity kids will practice identifying beginning letter sounds in words. They will sort coins with beginning sounds pictures on them to the corresponding pirate treasure chest. Each treasure chest has both an uppercase and a lowercase letter on it. 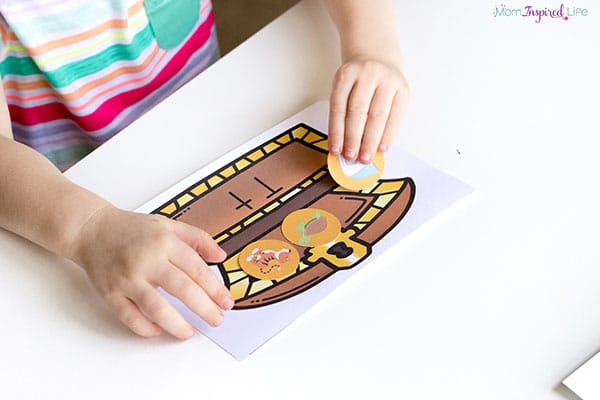 For younger children, I would suggest only using 2-3 treasure chests at a time. That way they don’t get overwhelmed by the amount of coins to sort out.

For older kids, you could definitely do more at one time. Something like 6-8 chests would be great. I like to use letters that my son could use some more practice with at the time. 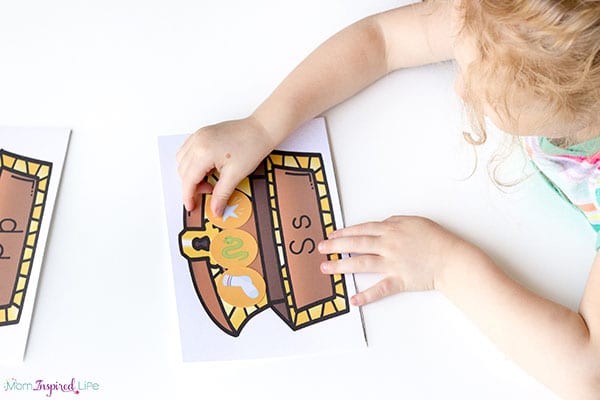 Setting Up the Pirate Activity 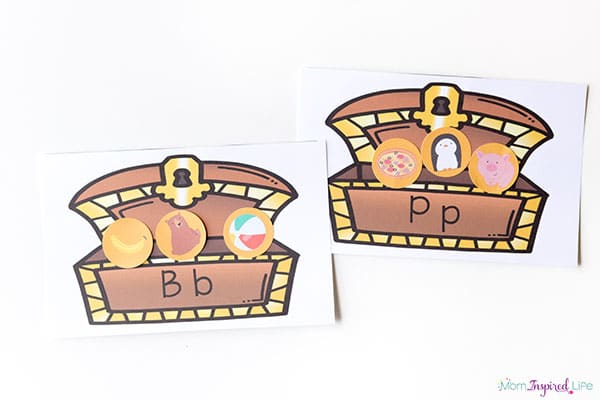 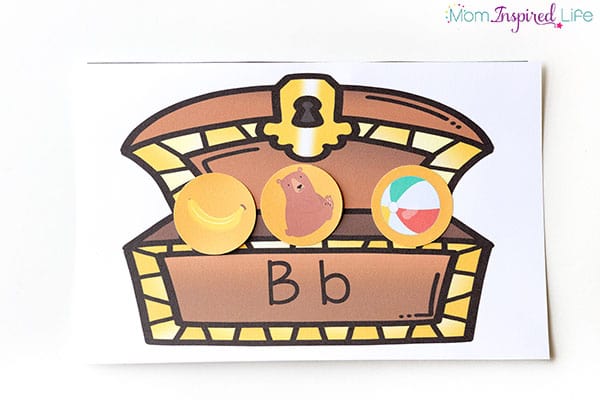 Check out these other fun pirate activities! 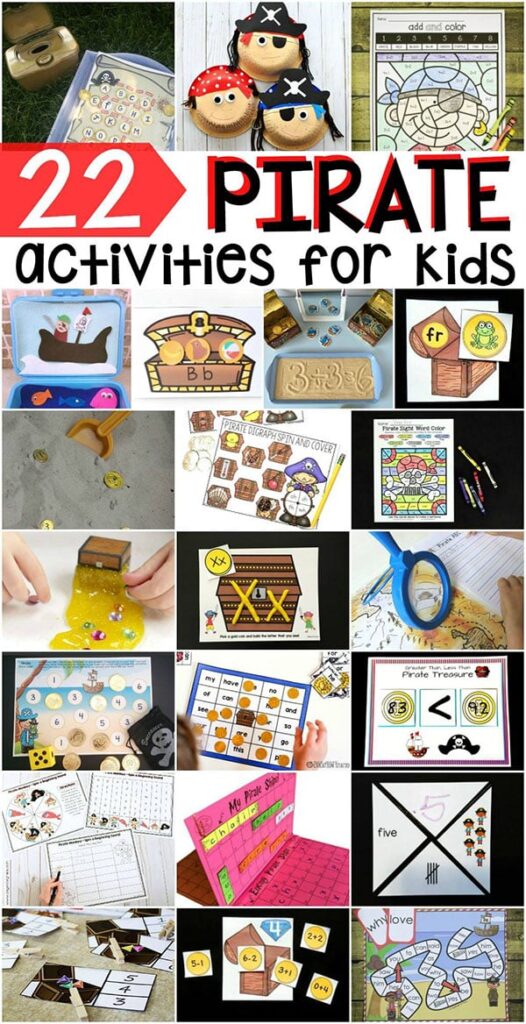 Digging for Pirate Treasure Numbers // Play and Learn Every Day