This rainbow counting activity is simple, but effective. Kids will roll a number and add that many pieces of candy to the rainbow. It’s a great math activity for preschoolers! 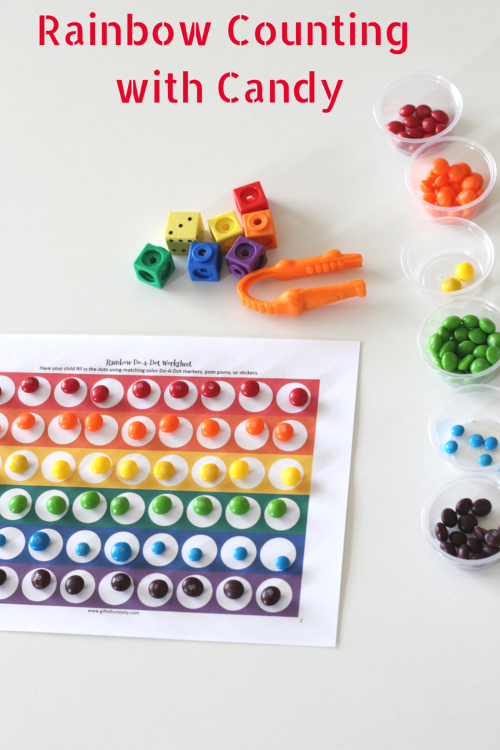 My son likes any game that includes the use of dice; especially our big foam dice. This rainbow counting activity combines dice and candy, so this was sure to be a hit. Of course, I had to promise him he could have a few of the candy pieces after we were done with the game and he had couple before we started the game as well. This helped him focus more on the game and less on eating the candy.

This free rainbow do a dot printable from Gift of Curiosity

Skittles and Mini M&Ms or you could use Froot Loops – you need both types of candy because there are no blue skittles, so I used the blue M&Ms for that. I think the mini M&Ms are your best bet because you are almost guaranteed to have enough blues for the game. The regular single serve bags may not have 10 blue M&Ms in them. I had to borrow some yellow M&Ms because I didn’t have enough Skittles.

1. Print out the rainbow printable.

2. Separate your candy by color into small cups or piles.

How to Play the Rainbow Counting Activity

I put rainbow-colored math link cubes in a cup and Evan stuck is hand in a picked a color without looking. I later realized I could have just used one piece of each color candy instead.

Once they pick a color, then the should roll the die to find how many of that color candy to add to the rainbow. So if they pick the color purple and roll a “3” on the die, they will add 3 purple Skittles to the purple row on the rainbow. 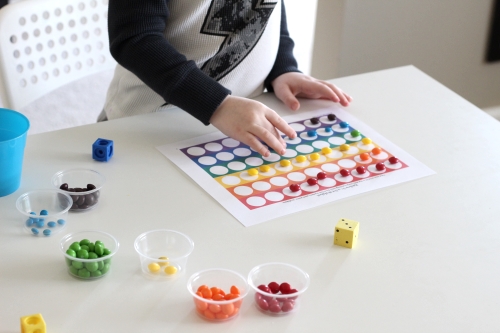 For a little bit, I had him add the Skittles with tweezers so he could get some additional fine motor practice, but it became too frustrating for him. 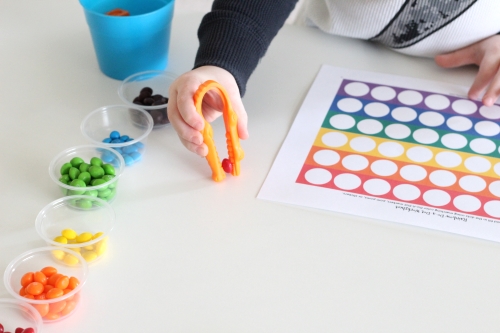 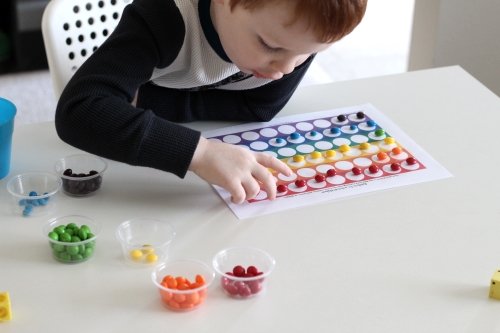 Here are some more rainbow learning activities I think you will enjoy! 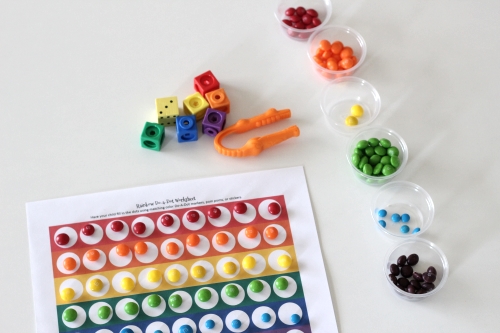