This snowball alphabet activity gives preschoolers a chance to smash marshmallows with a hammer while practicing letter identification and letter sounds! It doesn’t get much more fun than that! 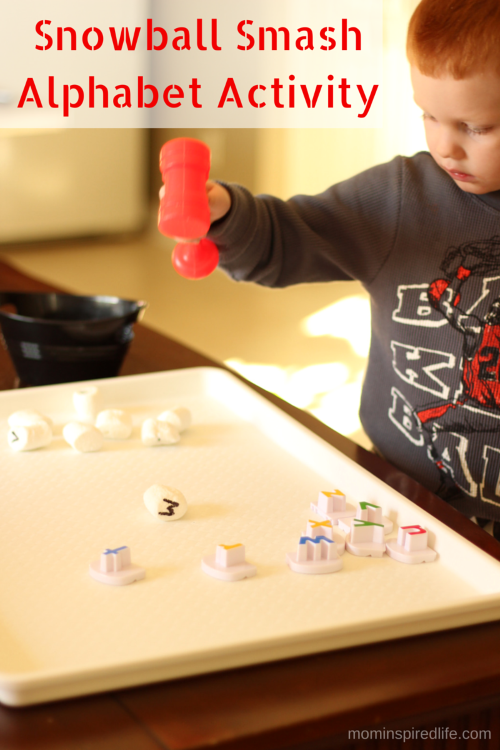 Evan loves it when he can smash something. That sounds crazy, but it’s true. What is with boys and their desire to smash things??? Since I always try to plan activities that will be fun and exciting for him, I often find myself thinking up activities that allow him to smash, slam, smack or kick things. If you have a child with a similar personality, this activity will be a lot of fun for them! Be sure to check out our Snowball Throw Alphabet Activity too!

Food markers – if you want the marshmallows to be edible.

Magnetic letters, letter tiles, bath letters or pieces of paper with letters written on them

I explained to Evan that we were going to pretend the marshmallows were snowballs and he was going to smash them with his hammer. He was very excited about the idea! 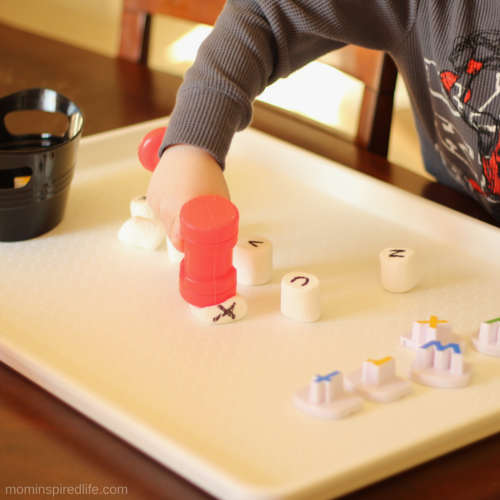 Evan didn’t just smash the marshmallows once or twice. He really went to town on them. It was actually good gross motor practice too because he really had to work on his aim, especially since the marshmallows would often roll or tip over.