We had a blast making words with a ball run the other day! We even named it a word machine. Making words has never been this much fun! 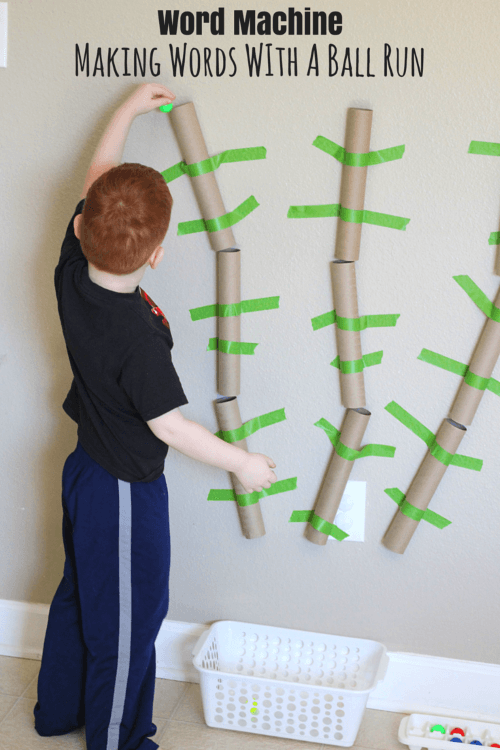 This is a simple, but exciting way to begin learning to combine letters to make words. Even if your child is not ready to make words, you can use this activity to talk about letter names and letter sounds.

Paper towel tubes – I used 9 of them

Bouncy balls – I got two 5 packs at the dollar store. I plan to add some more balls to our set so we can make more words.

Ice cube tray (optional) – I used this to hold the balls we were making a word with. That way they didn’t roll around and we could keep the letters facing up.

I chose to use bouncy balls because they were much bigger than marbles and there is less worry about any choking risk for my younger child. If you do have a toddler, make sure you supervise the entire time you are doing this activity. You could also use ping pong balls.

Setting Up the Ball Runs 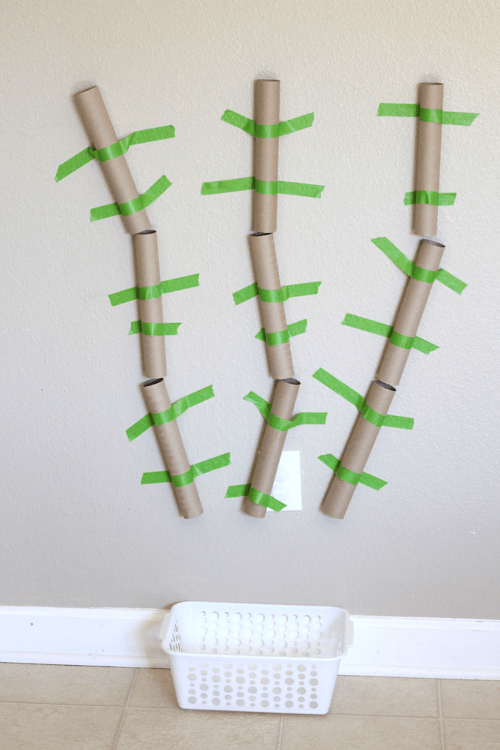 1. Tape the paper towel tubes to the wall however you would like.

2. Put a bin or basket underneath the tubes, so that the balls will land in it.

3. Write letters on the bouncy balls. I wrote vowels (the letter “a” and the letter “o”) on the yellow ball and required Evan to choose one yellow ball each time he used the word machine. 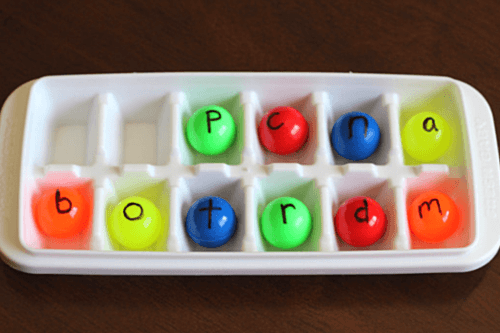 Making Words With the Ball Runs

Have your child choose one ball with a vowel on it and then randomly choose two other balls. Then instruct them to drop one ball in each ball run.

The balls will travel through the tubes and land in the basket at the bottom. Then the child should collect the balls and see if they can spell a word with them. Sometimes, there won’t be real word you can spell with the balls, but even nonsense words will help them learn to put sounds together. 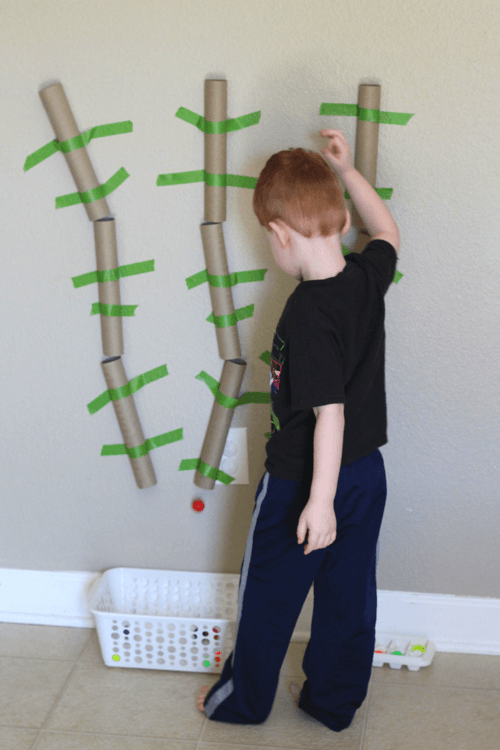 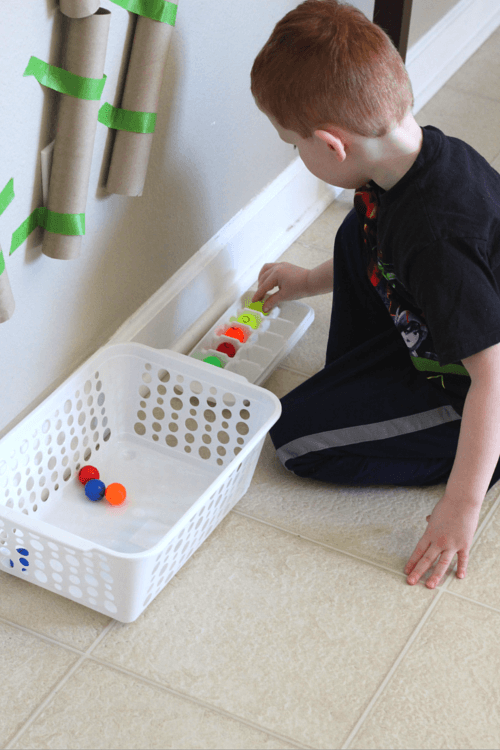 Evan is not able to spell words yet, so I did this with him. He was excited each time the balls landed in the basket and would quickly ask me what word we made with the machine. I would then look through the letters and see if there was a word we could spell. I would put them in order and ask him to help me sound out the word. He is just beginning to do this, so I led the way the entire time.

You could even do this with a class of students by giving 3 children at a time a chance to pick a ball and send it down one of the ball runs. Then you could use letter magnets on the board to display the letters that landed in the basket and ask your students to help you make a word.

We plan to continue using this to practice some other literacy skills as well.