This glow in the dark sensory bottle is easy to make and so cool to watch! My kids thought it was awesome, but I have to admit, I may love it even more than they do. 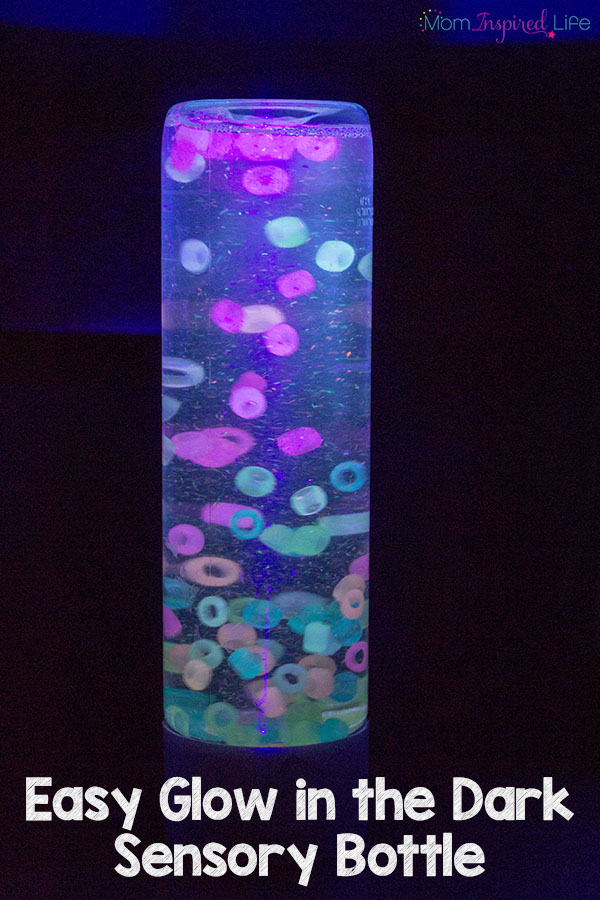 There is something so calming about watching a sensory bottle. I just love watching the beads float around in this one. My son can even bring this one to bed with him and watch as he is calming down for bedtime.

It also looks fantastic in daylight. My kids enjoyed watching the colorful beads swirl all around in the bottle. A tiny of bit of glitter adds to the experience as well. 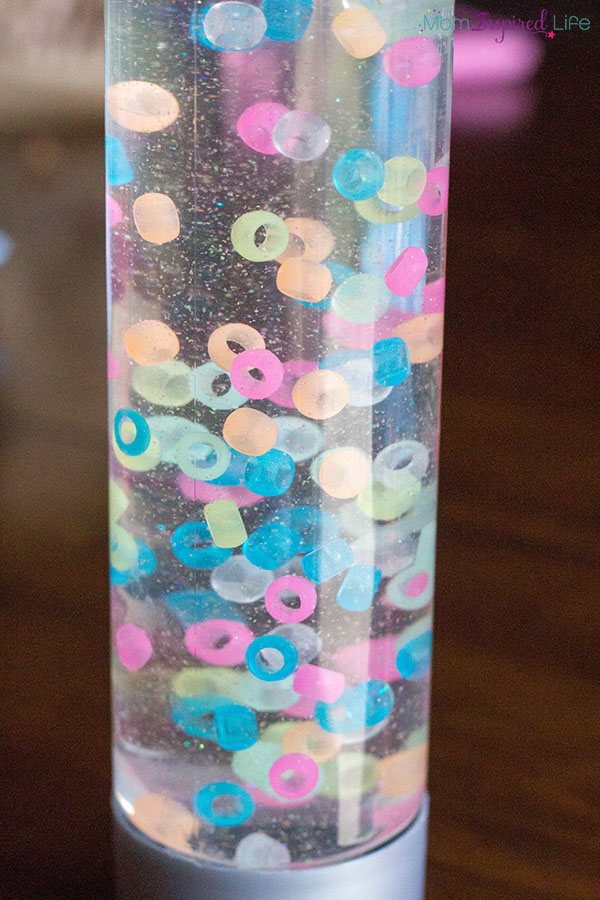 I made this bottle so that the glow in the dark beads would be slow falling. I did this by adding corn syrup to the bottle. I love how the beads gently swirl and fall towards the bottom.

The glow in the dark beads should float around in the bottle for a minute or two. If they fall really quickly, you can add a bit more corn syrup. But be careful. If you add too much, the beads will just float to the top.

If the beads float to the top, you will need to add some more water.

Some of mine actually do float to the top and some to the bottom. I think I may have used a tad too much corn syrup in mine, but my kids like that they go both ways, so I left it like that. 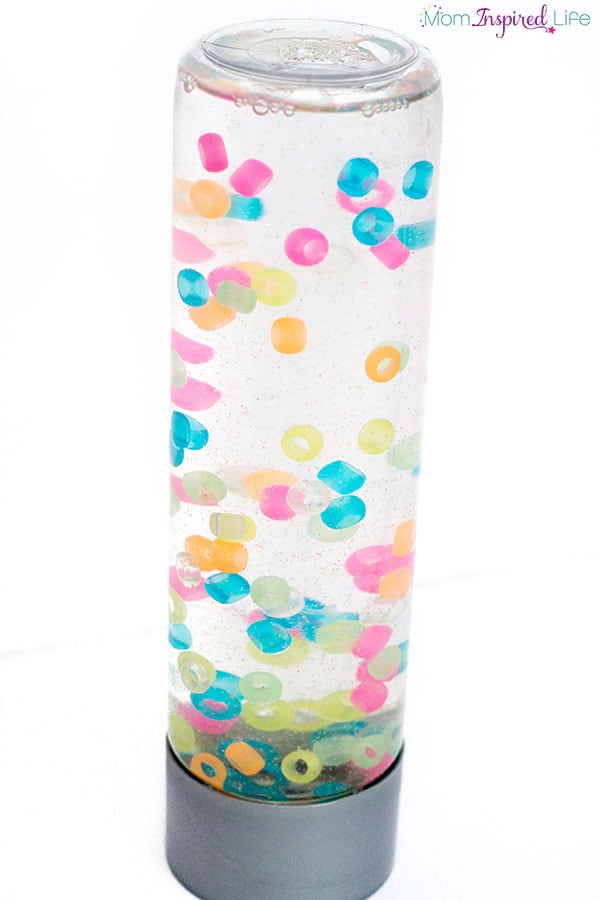 I have a black light flashlight that we used to look at the sensory bottle. The beads look awesome under the black light. And when you shine it on the bottle for a while and then shut it off, the beads glow even brighter on their own. 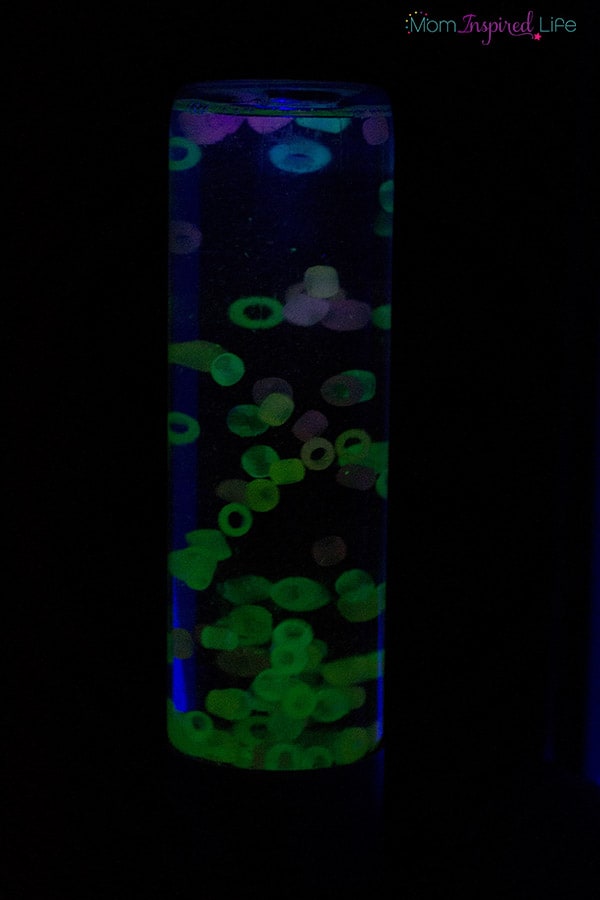 Here is a picture of what it looks like without a black light shining on it. The different colors don’t stand out and they all just look yellow, but it is still really neat to look at. 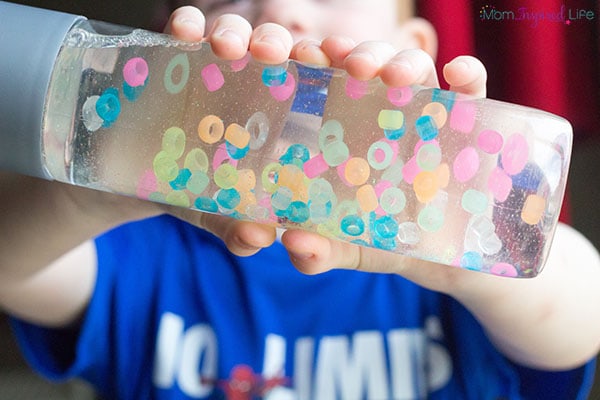 My kids also love playing with it in the daylight too!

I know we are going to enjoy this glow in the dark sensory bottle for a long time to come! 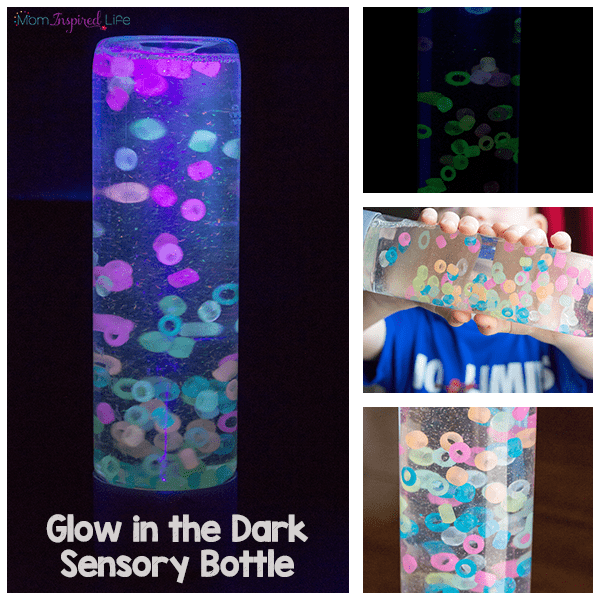 Check out these other awesome glow in the dark sensory bottles!