My son had a blast hammering tees into watermelons the other day! I think it’s a perfect fine motor and gross motor activity for summer. It’s so easy to set up too! 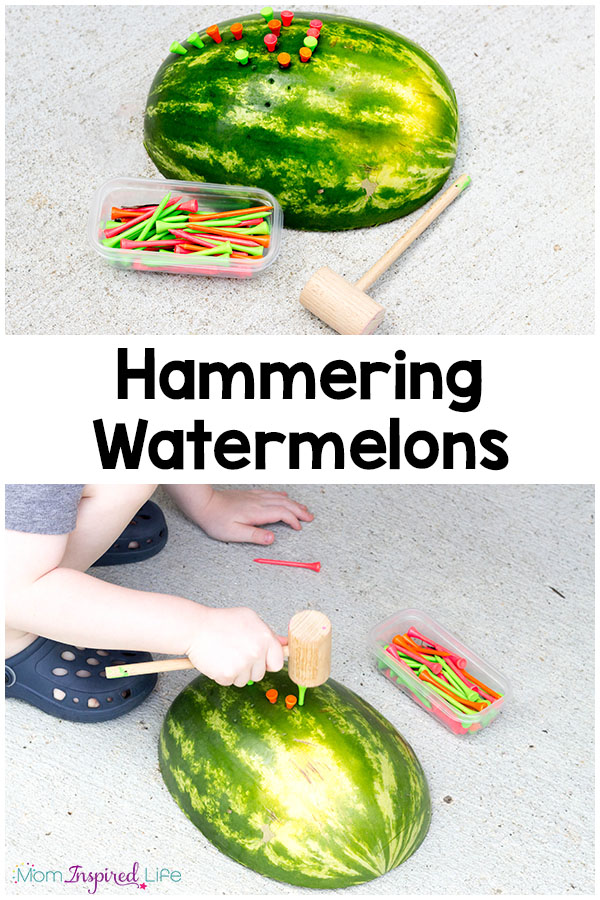 My son loved hammering tees in the ground, so I started thinking about other things he could hammer. A favorite is hammering tees into pumpkins, but it is almost summer and there aren’t many pumpkins around. There are lots of watermelons though!

Setting Up the Hammering Activity 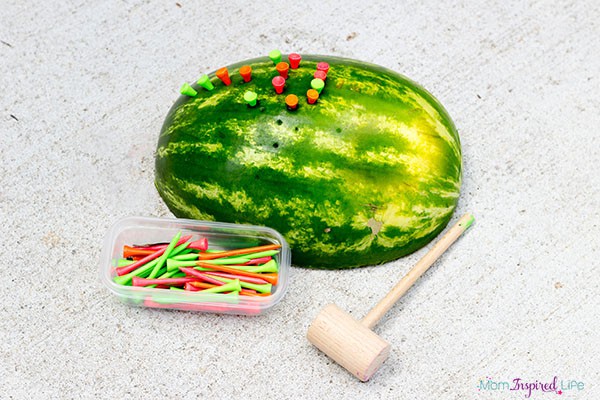 Hammering Tees in a Watermelon

When my son saw that I laid the golf tees and hammer next to the watermelon half, he knew exactly what I was going to let him do and he was quite excited about it. 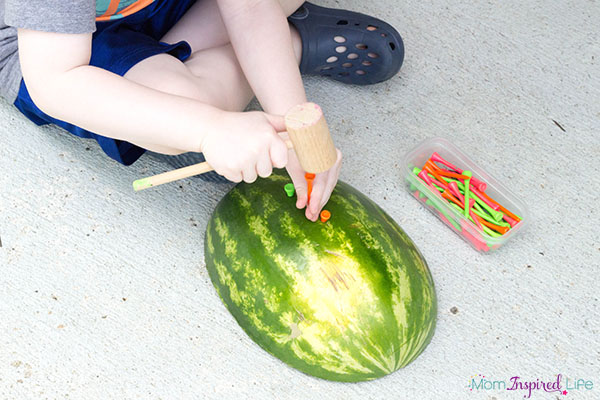 At first he had a tiny bit of difficulty holding the golf tee on the watermelon and them hammering it in. It actually wasn’t so much difficulty as it was fear that he would hammer his fingers. He did try it out a few times and was quite good at it, but he still didn’t feel comfortable. 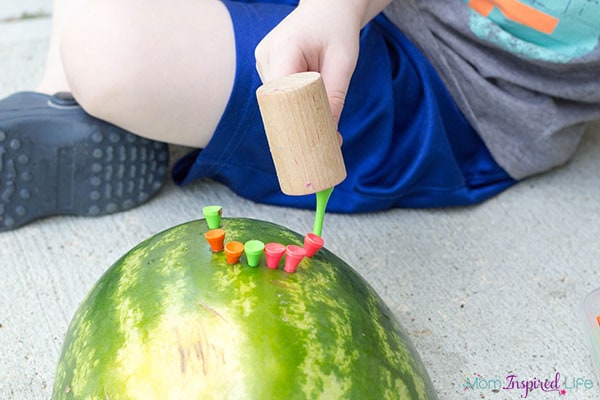 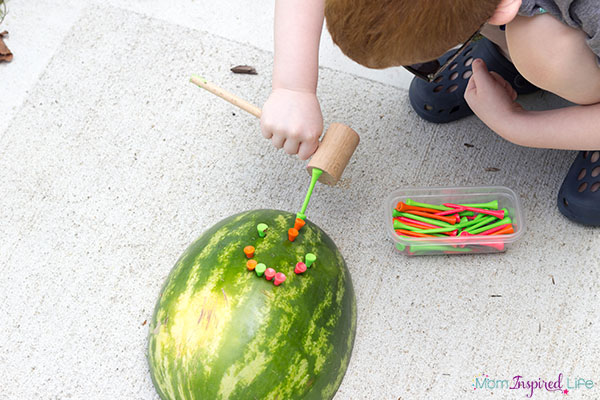 That’s when he decided to push the tees into the watermelon with his hands. It was pretty difficult to do, but excellent fine motor practice for him. Once he had it pushed in a bit, he would pick up the hammer and pound it in the rest of the way. 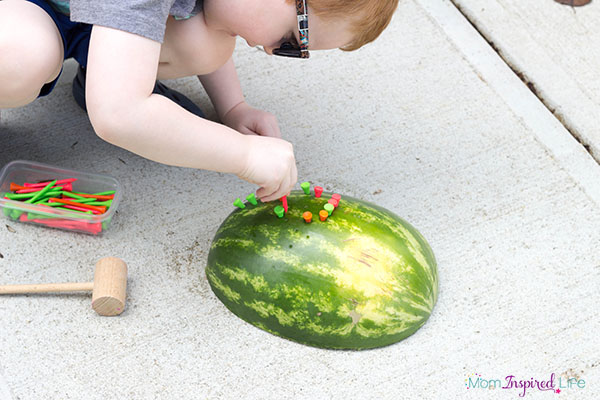 This is exactly the kind of fine motor practice he likes to do, so I am happy I was able to find yet another way to work on those fine motor skills and still keep it enjoyable. 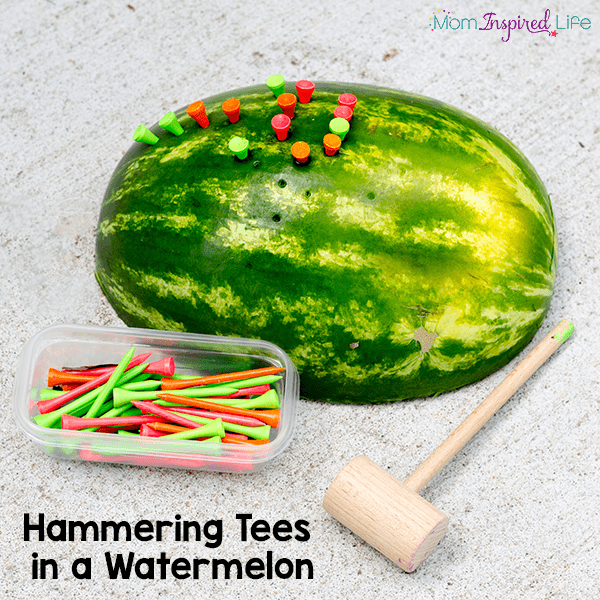 Here are some more activities that work on fine motor skills.

Robot Patterns with Nuts and Washers from Munchkins and Moms