This planting trees sensory bin is a playful way to learn about trees! Kids will dig in the soil and pretend to plant trees in this hands-on, sensory bin. 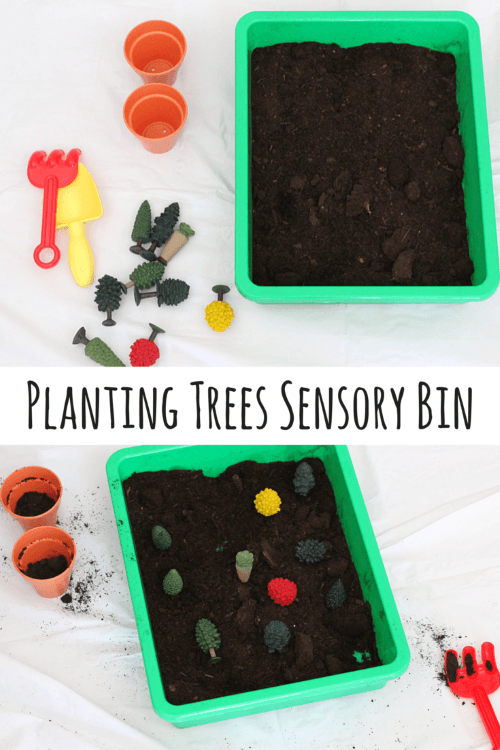 Lately, Evan has been enjoying lots of sensory bin and small world play. So when I came across a Trees Toob (affiliate) in the craft store, I thought it would fun to make him a sensory bin where he could pretend to plant trees.

Since Earth Day is coming up, as well as Arbor Day, it seemed like the perfect time to do this activity with him!

How to Set Up the Sensory Bin

1. Pour about an inch or two of potting soil in the bin. We found that less is better because it piles up and gets in the way of planting the trees.

2. Lay out the trees and shovels near the sensory bin. 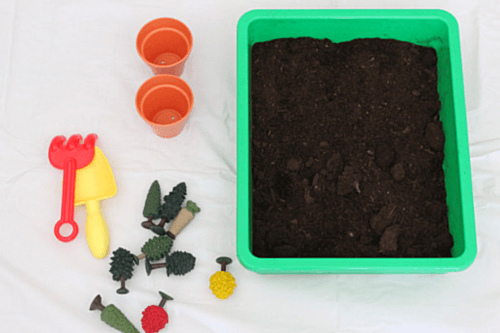 Pretending to Plant Trees in the Sensory Bin

Evan really enjoyed digging in the potting soil and pretending to plant all of the trees. The potting soil is great for engaging the sense of touch and sense of smell. It really smelled like we were outside planting in a garden. 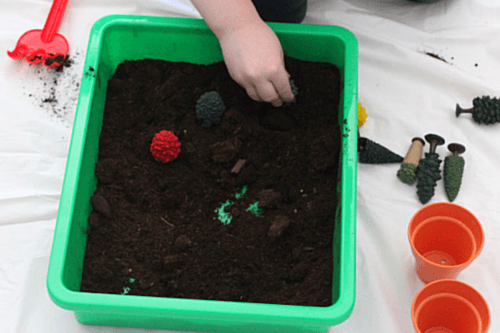 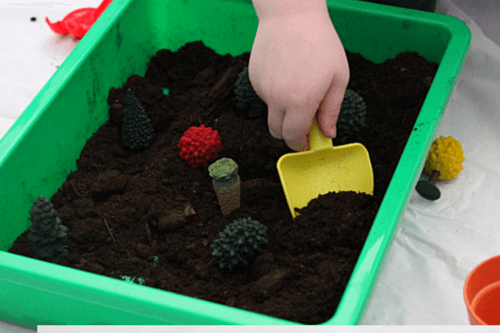 He dug holes and placed the trees. Then he pushed the dirt back over the bottom of the tree like you would if you were really planting one.

The only problem he had was that sometimes the trees would tip if he didn’t have them sitting right on the bottom of the bin. My bin was also probably a touch too small for all the trees. It started to get crowded and a few trees got nudged over while trying to plant another. Next time, we will use a large bin or one of our trays. 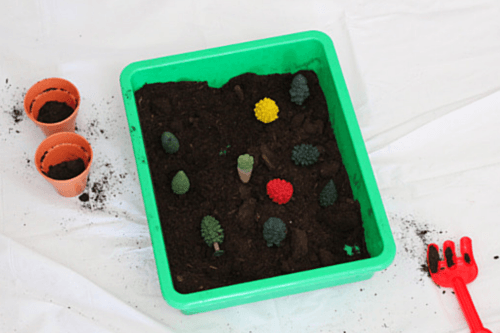 Later on that day, Evan wanted to plant trees again, but this time he used brown and green play dough to plant them in. He really enjoyed this as well! The trees stayed up very well in the play dough and weren’t so easily knocked over when bumped. 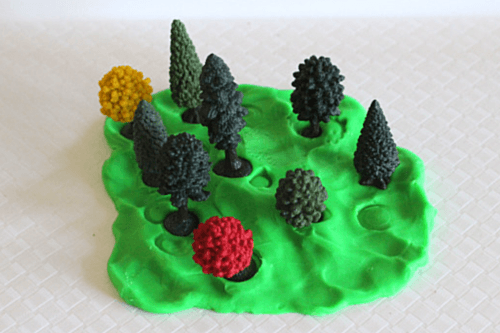 He called this version a forest and even used it as a small world for his small toy knights to play in. 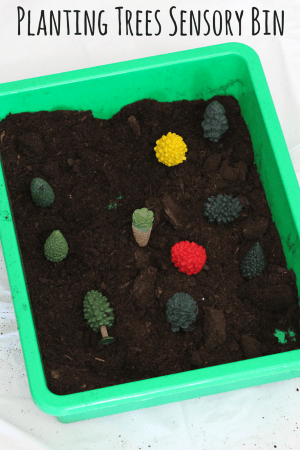