My kids love a good sensory bin and this pumpkin fine motor activity was lots of fun for them. It’s a great way to develop fine motor skills this fall! 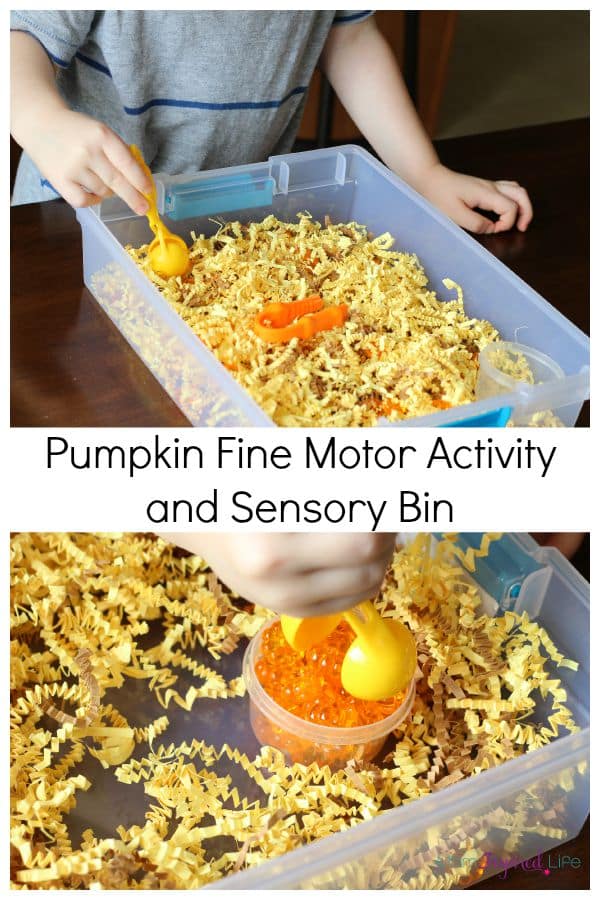 I can’t believe it is already pumpkin season! Where has the time gone? Regardless, it’s here and my kids are super excited about all things pumpkins. They just love them. They also love sensory bins. So this activity combines them both and adds a bunch of fine motor practice too! 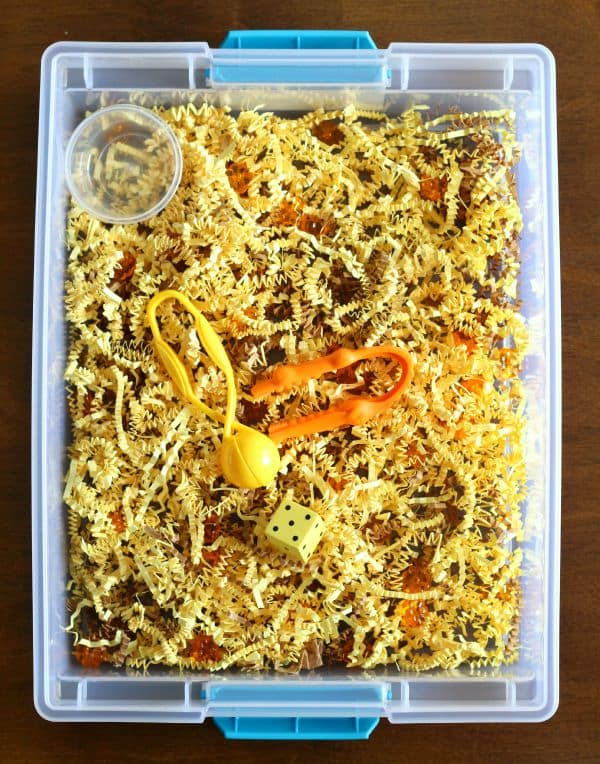 Playing and Learning with a Pumpkin Fine Motor Activity

I invited my son to play in the bin for a bit first. I knew he would want to dig into the shredded paper and check out the pumpkins. After a couple of minutes, I invited him to play a game.

I explained that he was going to roll the die and pick up that many pumpkins one by one with the squeezy tweezers or the gator grabbers. Then he would add each pumpkin to the small cup inside the sensory bin. 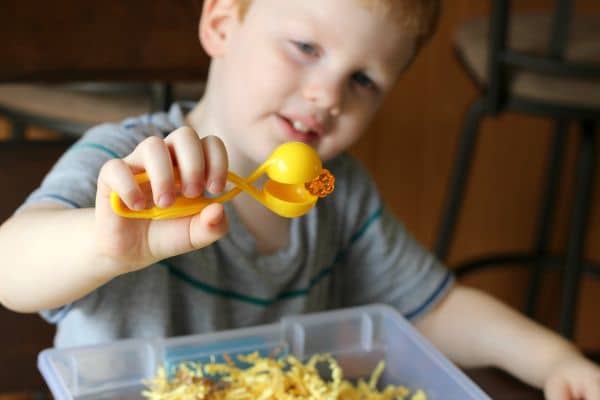 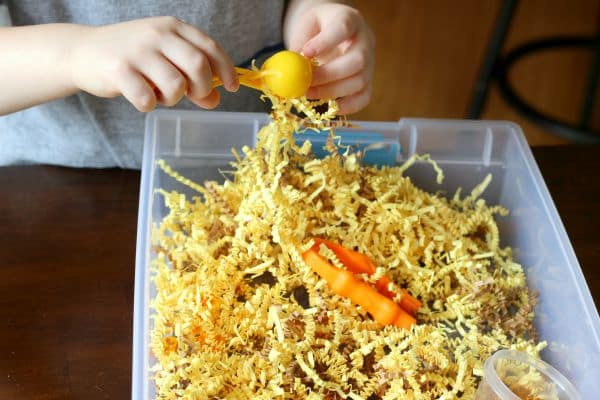 He loved the idea of it and kept saying he was picking pumpkins. It took some additional skill to pick the pumpkins up out of the paper. Sometimes he picked up a bunch of paper too, but he just pulled it out of the squeezy tweezers and then added it to the cup. This wasn’t really a problem with the gator grabbers, but he didn’t want to use those for this activity. 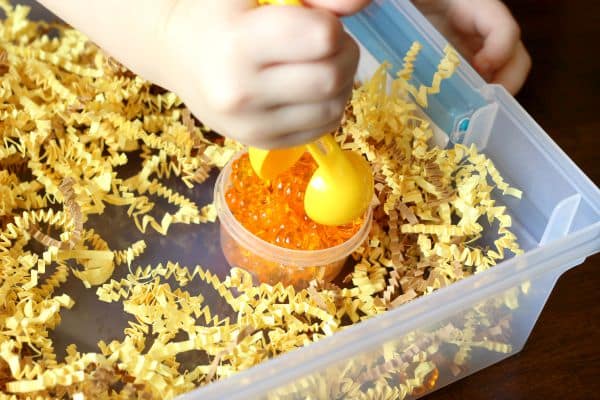 Eventually, I invited my toddler to play in the bin as well. I was surprised to find that she was able to pick up the pumpkins with the tweezers on occasion. She definitely doesn’t have it mastered, but she was able to do it with some effort.

My son thought it would be fun to make it a game, so he and Alyssa took turns rolling the die and adding that many pumpkins to their own cup. I did the counting for Alyssa, but it was great exposure for her. The only issue we had is that she didn’t want to stop adding pumpkins to her cup and often added more than the number she rolled on the die. Luckily her brother is a good sport and was happy to let her win. 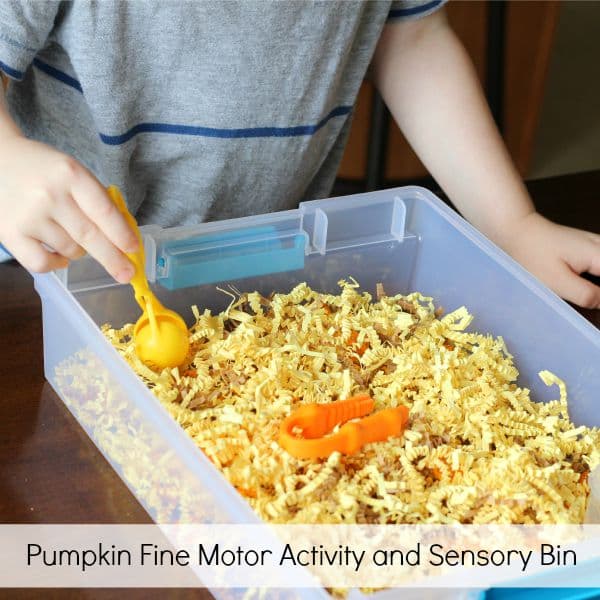 In the end, it was a fun and simple activity for both of the kids. I even kept the bin together so we could pull it out a few more times this week!