This pumpkin patch alphabet activity is a great way to practice letter recognition and letter sounds while developing gross motor skills! My son always learns and retains so much when he has the chance to move his whole body during a learning activity. 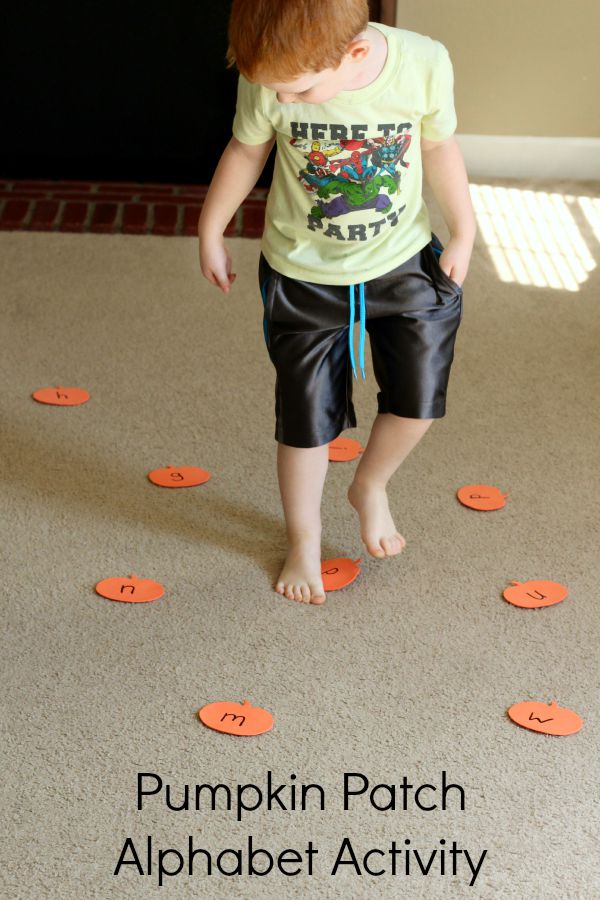 Evan loves pumpkins. So the fact that this activity featured pumpkins was a huge plus for him. But adding gross motor movement to this activity really made his day. He was particularly energetic on this day which is the whole reason I even came up with this activity. It was a fantastic way to burn excess energy!

Setting Up the Pumpkin Alphabet Game

1. Write one letter on each pumpkin with the permanent marker. I picked 12 letters that I need to reinforce a bit more.

2. Lay the pumpkins on the floor so that they look like they are in a pumpkin patch.

I told Evan that I was going to call out a letter by name and he needed to find and jump on the pumpkin with that letter written on it. I got him excited by saying that he was going to jump around a pumpkin patch! 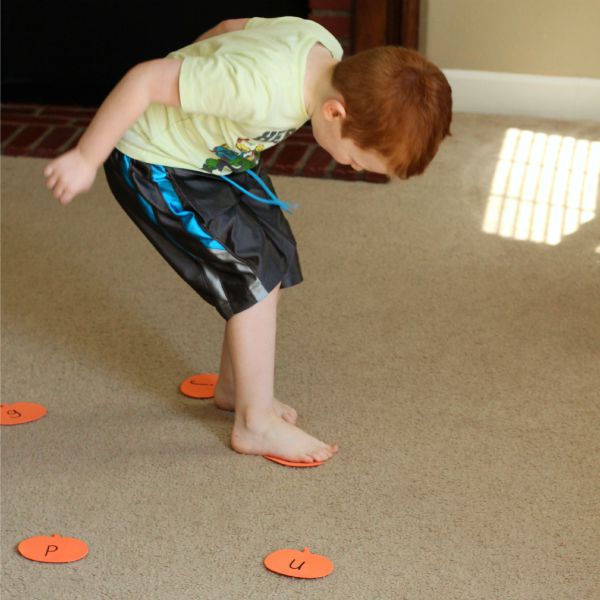 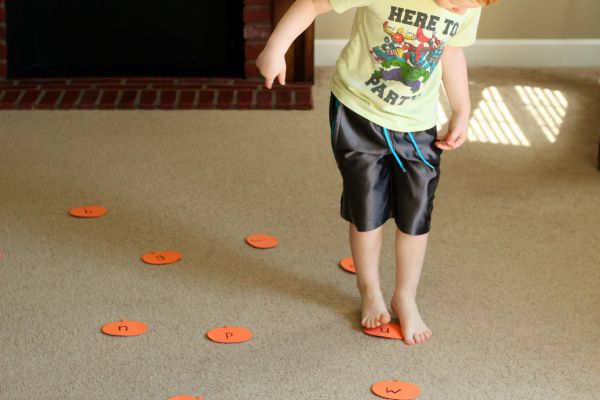 I began calling out letters and he would find the pumpkin and jump on it. This continued until he had jumped on every letter. 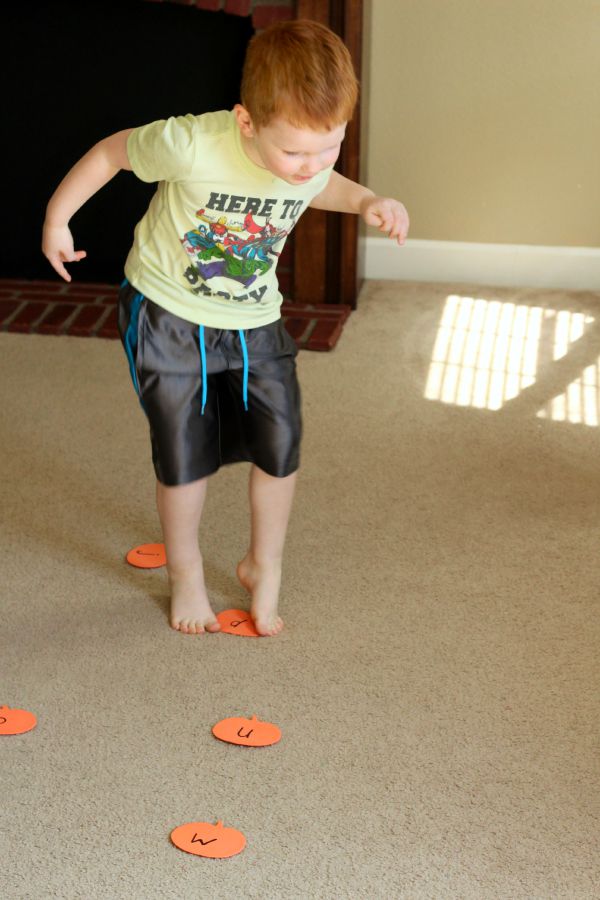 Then he decided to jump on each letter one after the other and call out the letter name as he landed on it. This was great exercise! 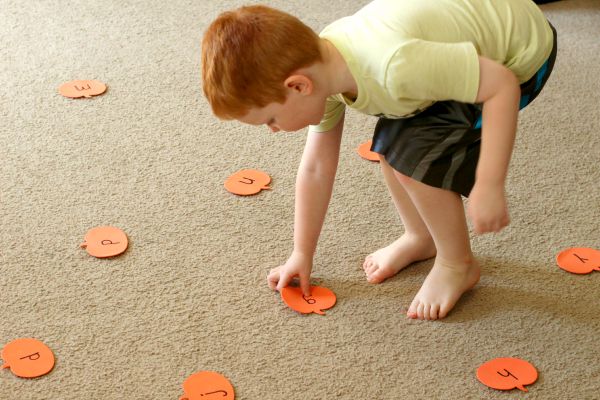 By this time, he was quite tired and ready to head upstairs for nap time. I love how simple and easy this was to set up while being super effective at teaching letters and letter sounds. It was also a great way to develop gross motor skills. I have the pumpkins ready to go for the next time he needs to burn some energy!

Here are some related activities I think you would like!