We really enjoyed making these rainbow patterns with blocks. It was an excellent way to teach my son the colors in a rainbow and to practice patterning as well! 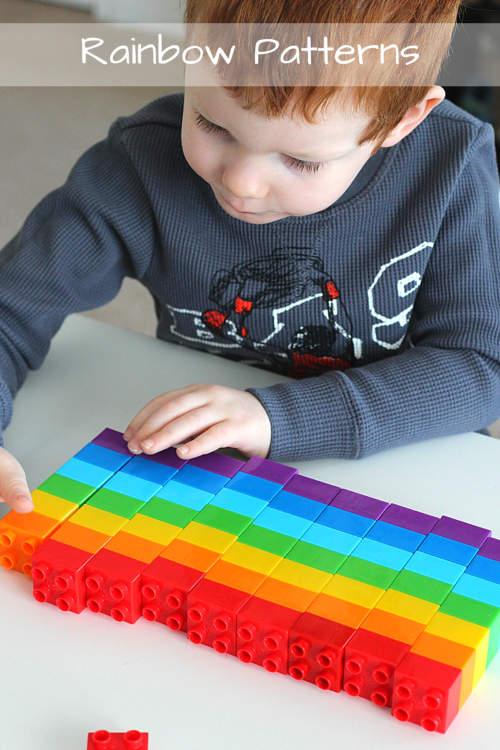 This week the playful preschool theme is Rainbows! The team has a lot of colorful fun in store for you, so make sure you check out all the posts below and follow #PlayfulPreschool on social media.

We have been busy learning and playing with rainbows over the last few weeks. We played this fun Rainbow Hop game, we made a rainbow with colorful alphabet stickers, we used Froot Loops to thread a rainbow and we played a rainbow counting game, just to name a few!

We still had some rainbow fun left in us though. This time we decided to use blocks to make rainbows. The blocks look very similar to Lego Duplo blocks, but they are actually Mega Bloks Math Blocks (affiliate). One box has 10 different colors and 10 blocks of each color, so they are great for patterning activities and other math concepts. You could also use Mathlink Cubes. (affiliate)

I started by making a model rainbow pattern for Evan to look at and follow. I added a white block to each end of the rainbow to represent clouds. 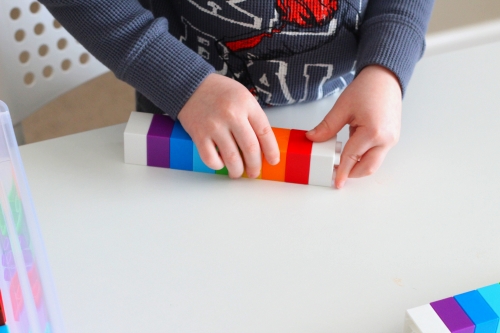 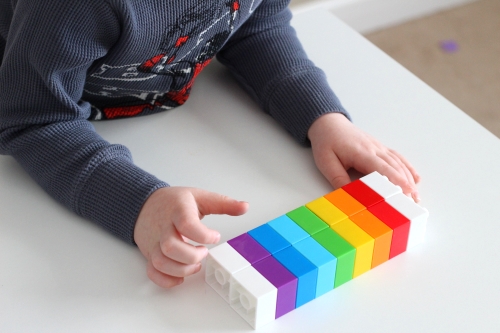 He looked at my model and made his own to match. Then we decided to make a bunch of rainbows. Eventually we had to make them without clouds because we didn’t have enough white blocks. 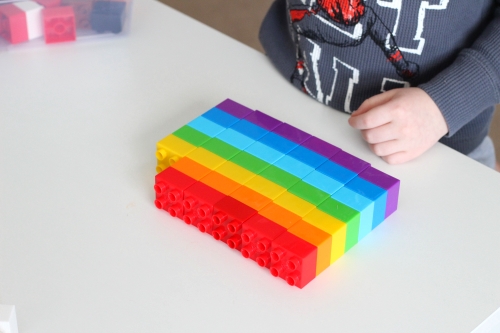 We decided to make 10 rainbows since we had 10 blocks of each color. We practiced counting while doing this. Evan wanted to count how many rainbows we had all together each time we finished making one. 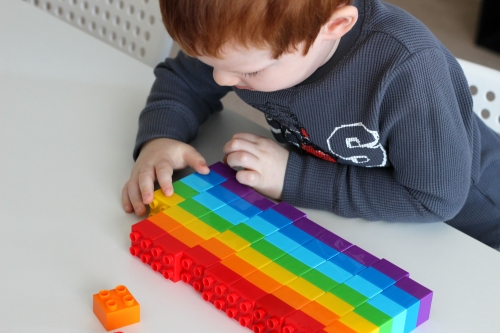 After that, Evan wanted to make a tall rainbow tower. He wanted to see if we could use all 10 rainbows to make “the tallest tower in the world!” 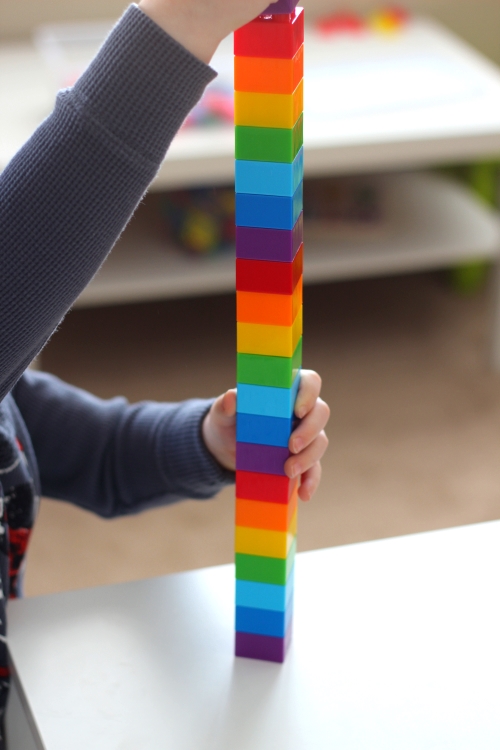 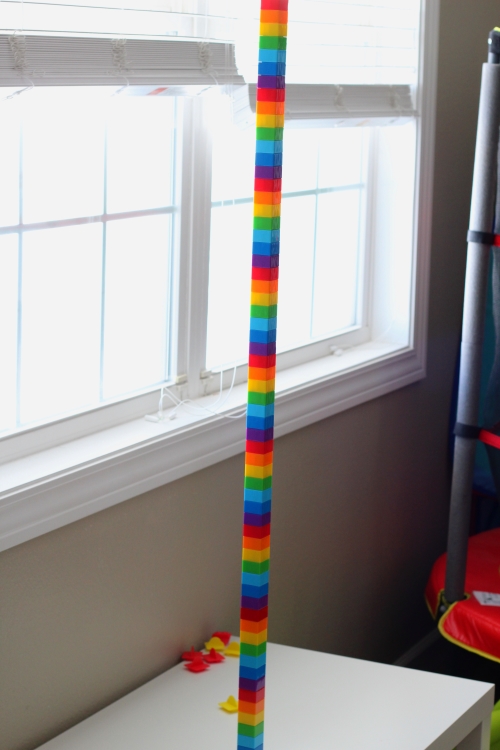 As you can see, we did it! The tallest rainbow tower in the world!

Inventing Their Own Songs to Encourage Creativity by Capri + 3

Design a Rainbow Technology Connection by The Educators’ Spin On It

Creating Salty Rainbows with Preschoolers by Life Over C’s

Rainbow Ice and Salt Experiment for Preschool by Powerful Mothering.