This shop has been compensated by Collective Bias, Inc. and its advertiser. All opinions are mine alone. #FindingDelicious #CollectiveBias 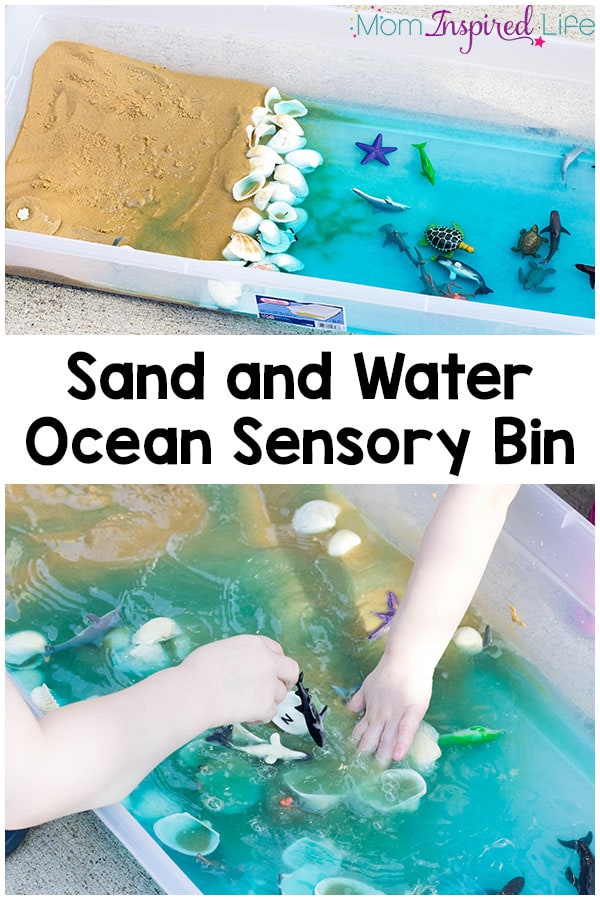 My kids love a good sensory bin. They are always a sure bet when I need a way to keep them happily occupied. Plus, they are just plain fun!

Water sensory bins usually go over amazingly well with my kids and they are perfect for a hot summer day. This time I added sand to the bin as well and it was pretty much the best sensory bin we have ever done! My kids LOVED it. 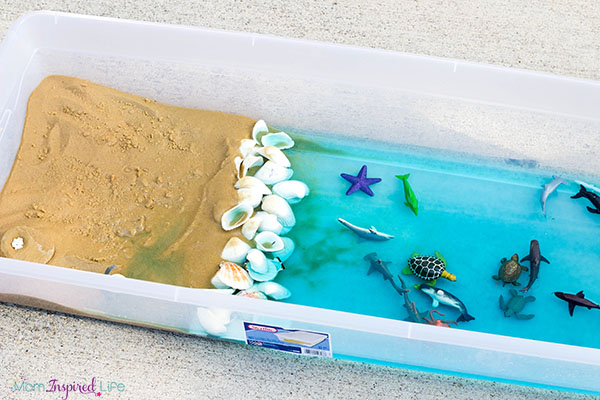 Setting Up the Sand and Water Sensory Bin

I showed my kids the bin and they were ecstatic! They got right to work playing, splashing and building with the sand. It was like our own mini beach day. 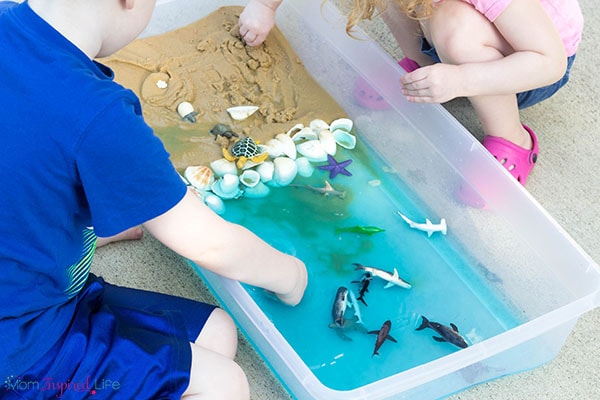 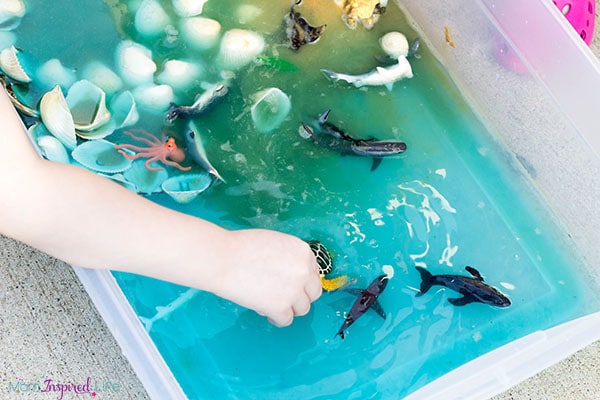 They had so much fun playing in the bin and didn’t want to stop. 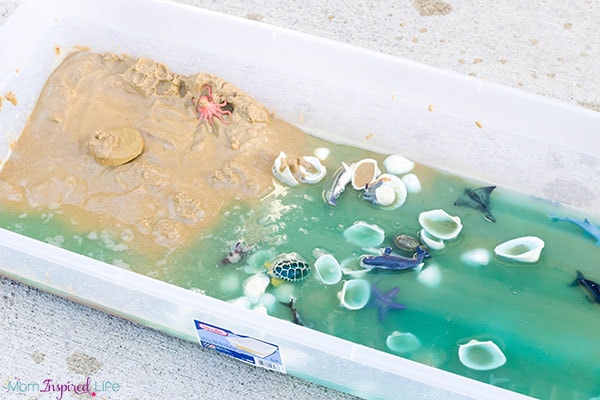 Little did they know, I had a fun surprise waiting for them inside. In fact, the ocean sensory bin was part of my plan to celebrate the release of Disney Pixar’s Finding Dory!

The kids are so excited to see the movie, so I knew they would be thrilled with everything I had planned. Seriously, not a day goes by without one of them mentioning the movie. 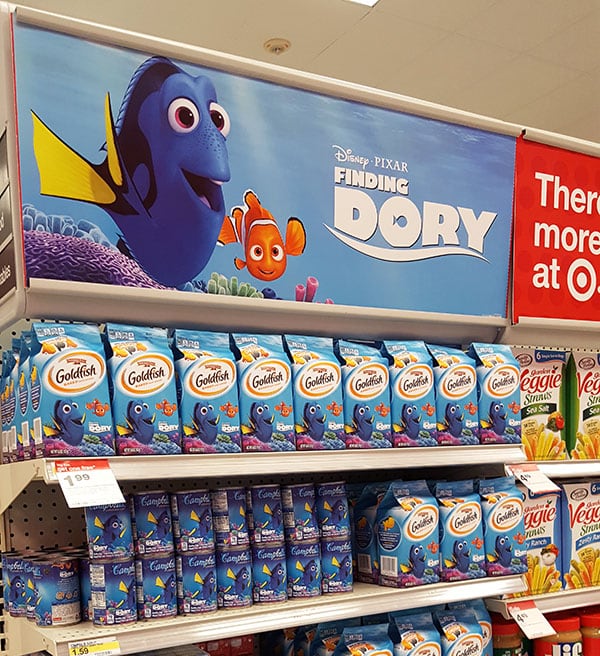 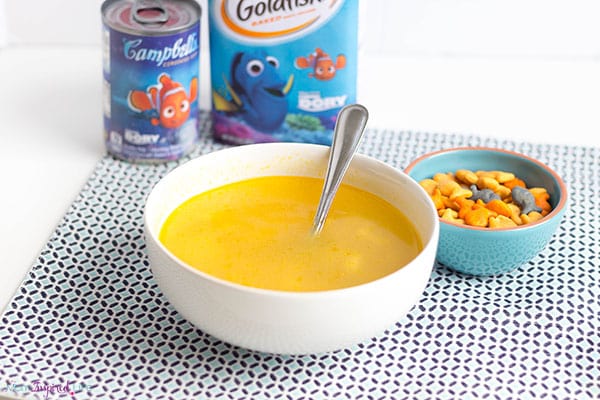 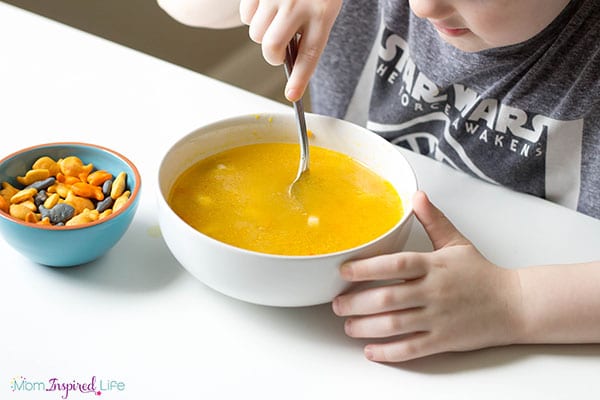 I was so right! They were ecstatic about the lunch I planned. The soup features fun, new pasta shapes of the kids’ favorite characters from the movie. The Goldfish crackers even come in special edition colors.

Plus, get 20% off Goldfish crackers featuring Disney-Pixar Finding Dory with this coupon and 10% off Campbell’s Dory Healthy Kid’s soup with this one. 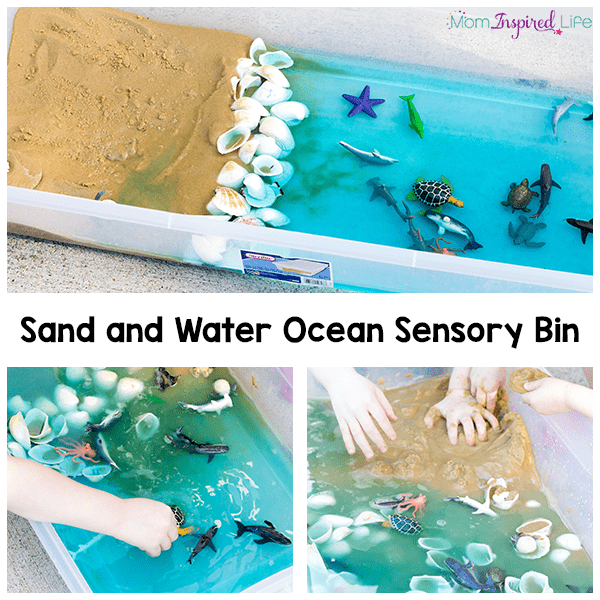