This large-scale letter matching I Spy wall is a super fun way for kids to learn the alphabet and letter sounds while developing visual discrimination skills. 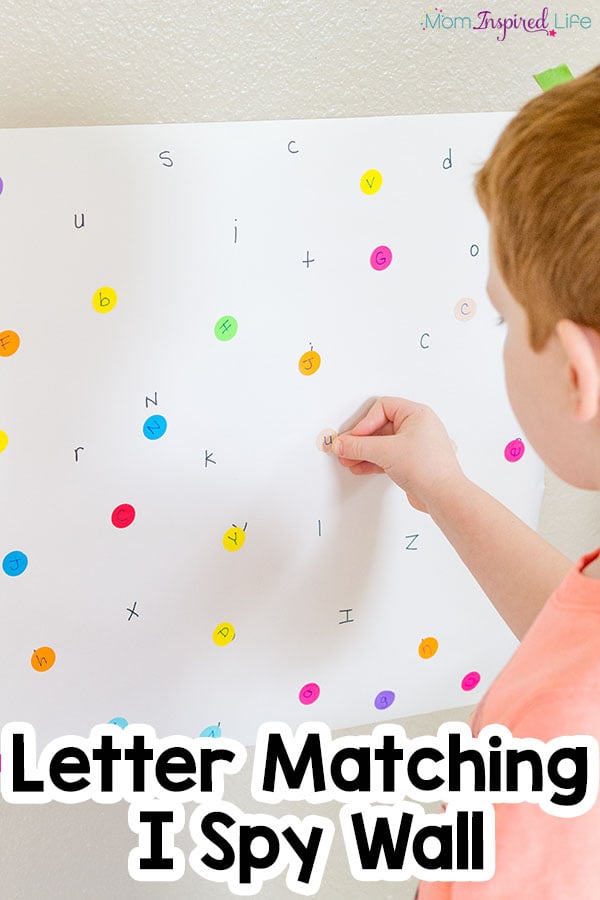 I’ve learned that making something really big can be a huge motivator for kids. When I made this huge alphabet letter matching I Spy wall, my kids couldn’t have been more thrilled!

Check out all of our fun and engaging alphabet activities! There are over 100!

This alphabet activity is very easy to set up and it can be used all at once or over the course of days and even weeks. Even after matching all of the dot stickers to the wall, my kids found other ways to play and learn with it.

I was actually quite surprised by how much my kids enjoyed it. They were highly motivated to find the letters and were very enthusiastic when they did. 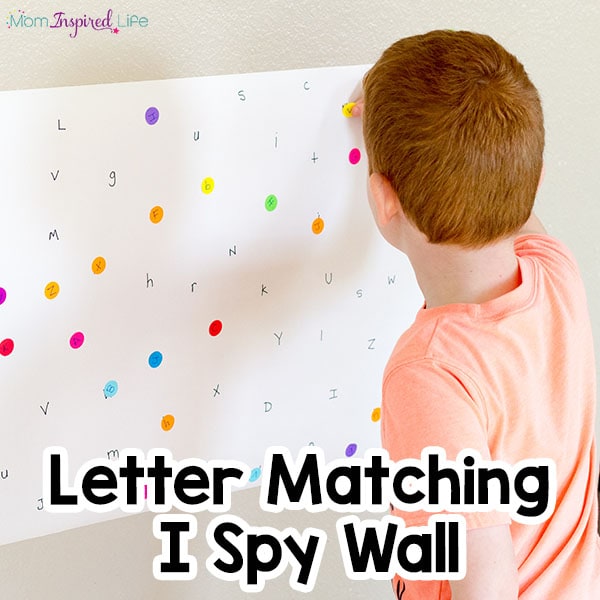 My kids also love this printable alphabet board game! It’s super easy to play and lots of fun!

Setting Up the Letter Matching I Spy Wall 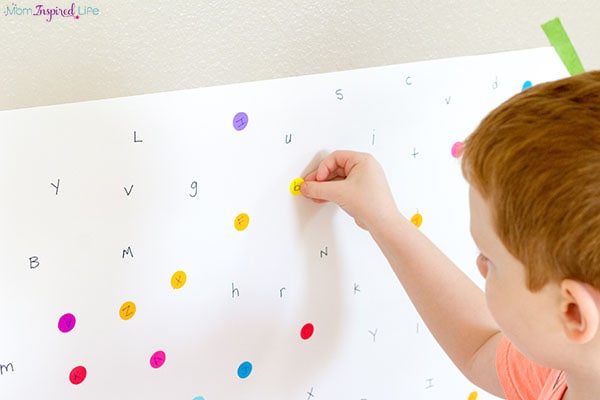 I wasn’t sure how my kids would feel about this activity, but was very pleasantly surprised by their excitement. They would grab a dot sticker letter and search all over the paper to find its match. And when they found the letter they were looking for they would get so excited. My three-year old would even jump up and down and cheer. It was way too cute! 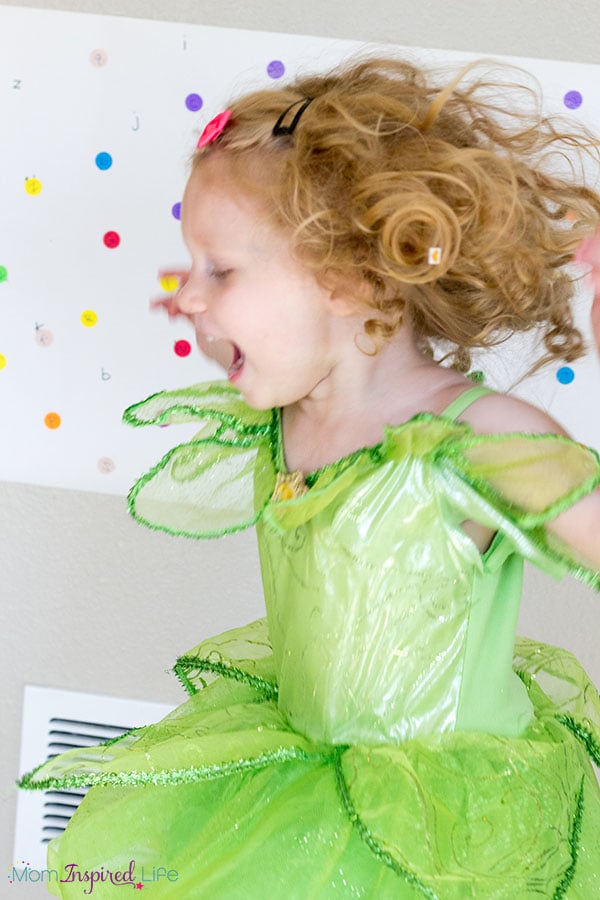 I figured that this activity would last for a few days since I put so many letters on the paper, but they were so into it that they did it all in one day!

I figured that would be the end of this alphabet activity, but they found other ways to use it too. After they had matched all of the stickers, they started using it as an alphabet I spy wall. 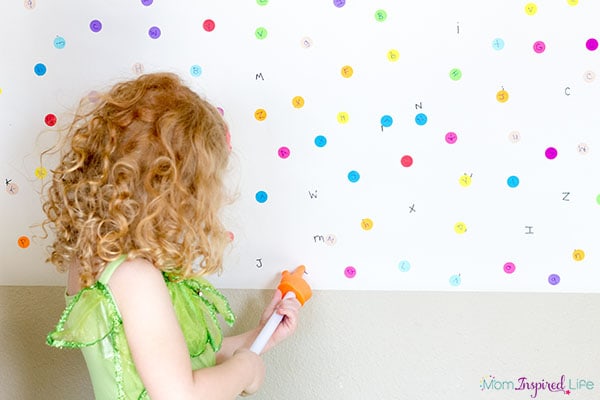 Another way I used this with my five-year old was to call out a letter sound and have him look for the letter that makes that sound. Or I would call out a letter and he would find it and tell me the sound it makes.

As you can see, there are so many ways to use this letter matching I Spy for play and learning! How would you use it? I would love for you to share your ideas in the comments.

Check out these other related alphabet activities!

Roll and Dot the Letter Alphabet Activity and Printable