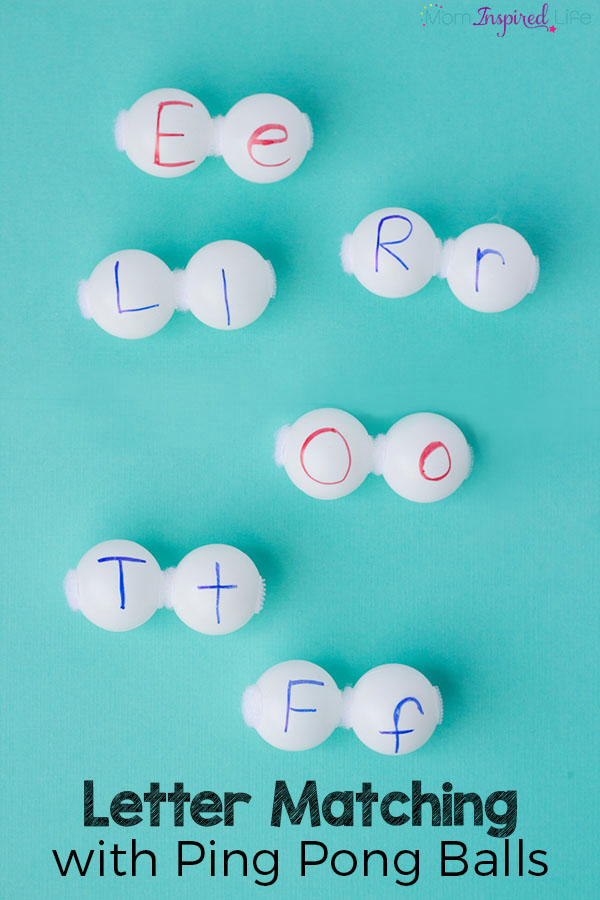 A couple of weeks ago, my son built words with ping pong balls and loved it! It was an excellent way for him to practice spelling and reading sight words and CVC words.

I thought it would be a great addition to all of our alphabet activities. It ended up being a hit with both kids! 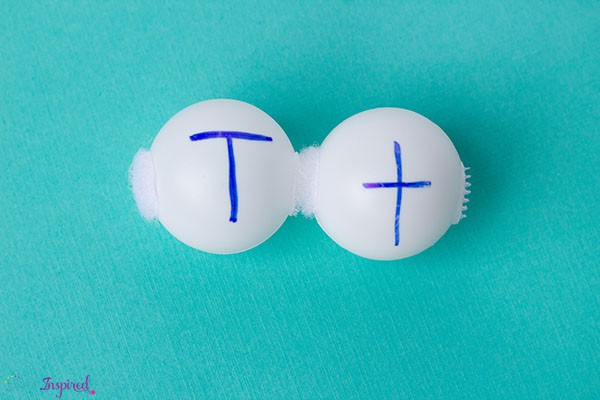 ** You must use the white velcro dots and not the clear ones. The clear ones are not sticky enough and come off of the ping pong balls. The white ones stick very well. My kids have used them frequently and very roughly for weeks and none have fallen off. **

My daughter is just beginning to learn about letters, so she isn’t able to match the letters on her own just yet. Instead, I chose a couple of letters to work on and showed her how the uppercase and lowercase go together. 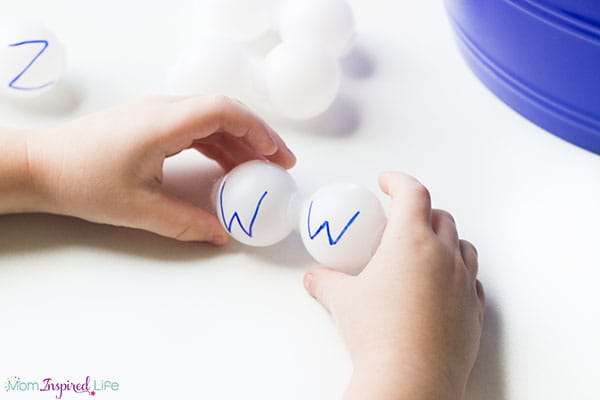 Then I gave her a chance to put the two letters together and pull them apart several times while I said the letter name. This was just an introduction. I didn’t expect her to memorize them. 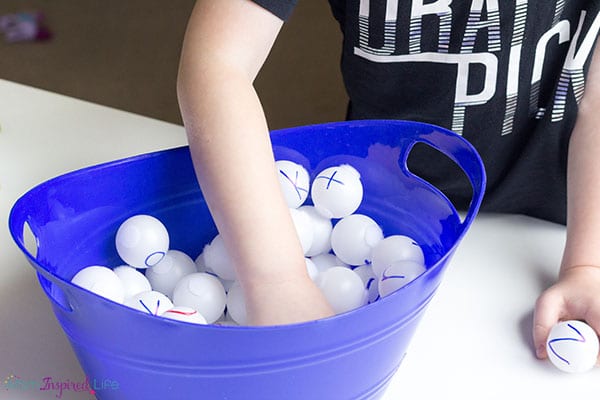 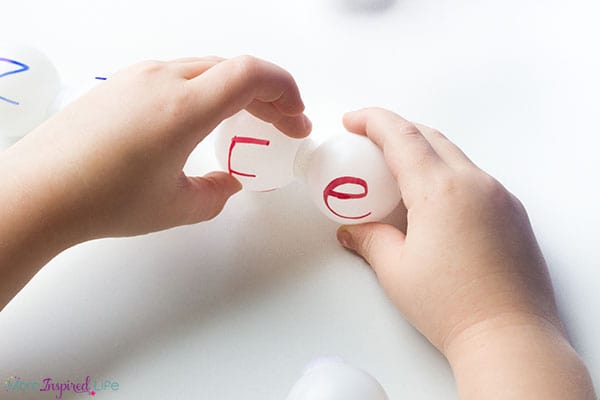 My son immediately wanted to join in so he matched up all of the other letters we weren’t working on. I was quite surprised by how motivated and determined he was to make all of the matches. It was great practice and review for him.

I love that I can now add these to our literacy manipulatives and use them for a variety of alphabet and sight word activities. 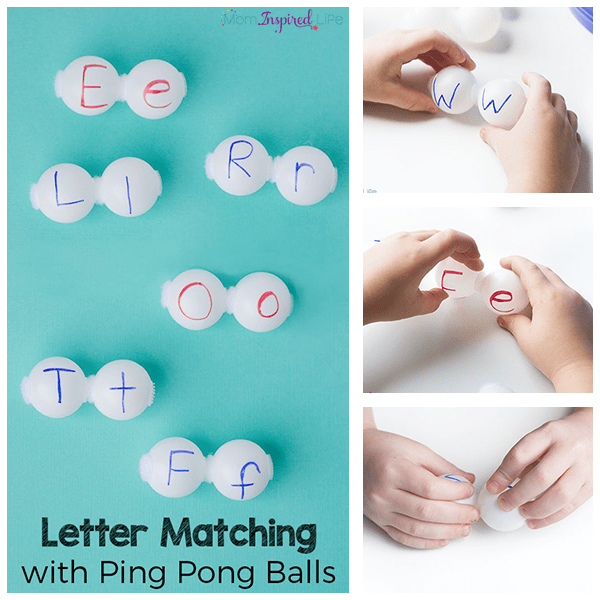