This forest animals beginning sounds activity is a fun way to practice identifying letter sounds while learning about the forest habitat.

My son loves learning about habitats, so when I told him we would be learning about the forest habitat this week, he was excited. A few weeks back, we picked up a book of forest animal stickers in the $1 Spot at Target and he has been creating with them ever since. So I knew he would be happy to explore them a bit more.

*I prefer to use card stock so that the cards are more durable. I plan to laminate them too.

I laid the cards out on the table and put the magnetic letters nearby. There are 100 letters in our set and I included them all. It was a good challenge for him to search through them all to find the letters he needed. 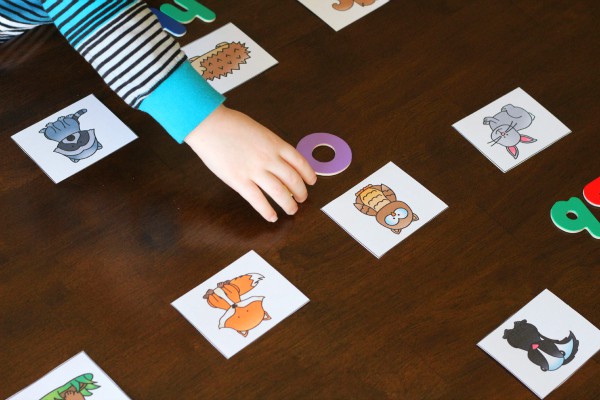 I let him choose which animal he wanted to find the beginning sounds for first. Then we would talk about that animal. There were a few he wasn’t totally familiar with, so I had to remind him what they were called. After discussing the name of the animal, I would ask him if he could figure out which letter was at the beginning of the name. 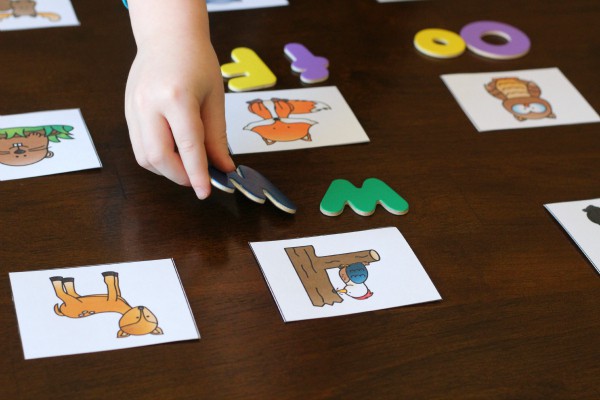 Once we decided on the beginning letter, he would search through the pile of magnetic letters and find the one he needed. Our set also has lowercase and uppercase letters and he chose to find both of them for each animal. 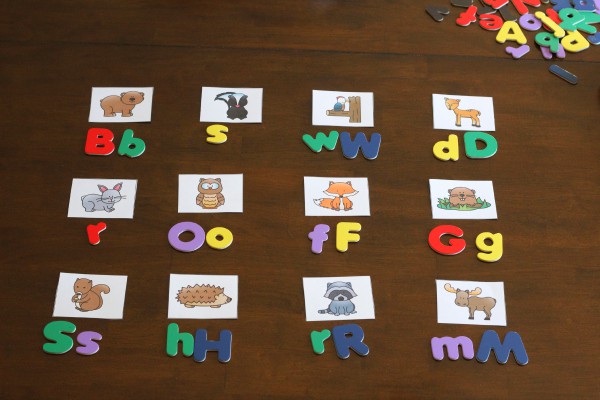 Often, I would give him facts about the animal before he went looking for the letters he needed. For example, he wasn’t sure what a gopher was, so we talked about it and I explained a bit about what they do and where they live in the forest. It turned out to be a great way to discuss the various animals that live in the forest as well as learning letters. 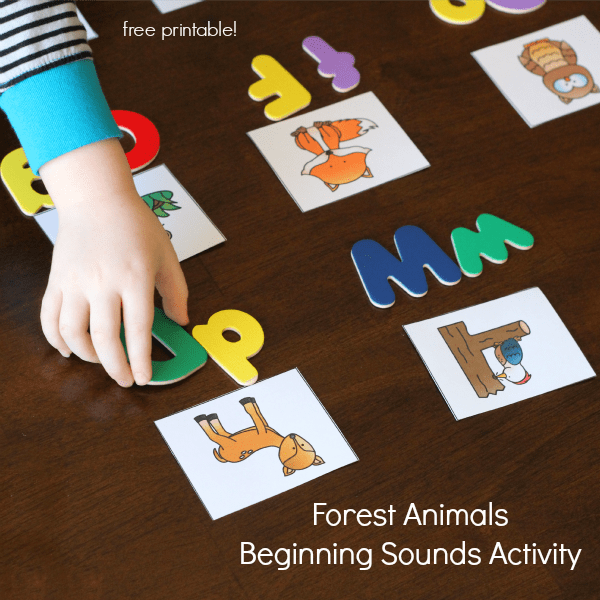