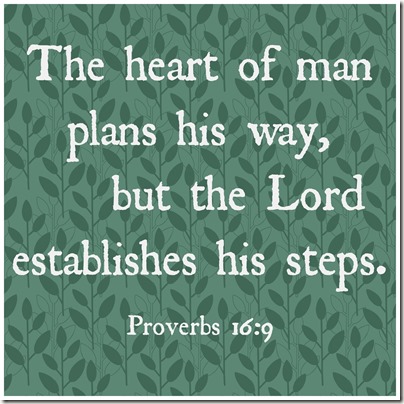 Well, things haven’t gone as planned. I planned on starting Tot School with Evan on September 9. I planned on rowing ABC Bunny. I planned activities and snacks and fun. What I didn’t plan on was the fact that Alyssa was going to have difficulty gaining weight and I was going to have almost no time to do Tot School. My days have consisted of LONG nursing sessions, pumping and then bottle feeding the pumped milk. Repeat. All. day. long. With a very rambunctious 2 year old around at the same time, this has been nearly impossible. I stuck with it though; and things have been improving. I’m still not sure when Tot School will make an appearance. I’ve done a few activities with ABC Bunny over the course of the last 2 weeks, but none of it has lasted long and I’ve had no time to take pics. My hope is to start in a couple weeks, but that may not be God’s plan. I’ve learned that I can have all the plans I want, but God is in control. So now I hope. And let God plan.

Proverbs 16:9 – The heart of man plans his way, but the Lord establishes his steps.