These letter sounds alphabet mats are a hands-on way for kids to learn letters and beginning letter sounds. They can be used with play dough, dry-erase markers and more. 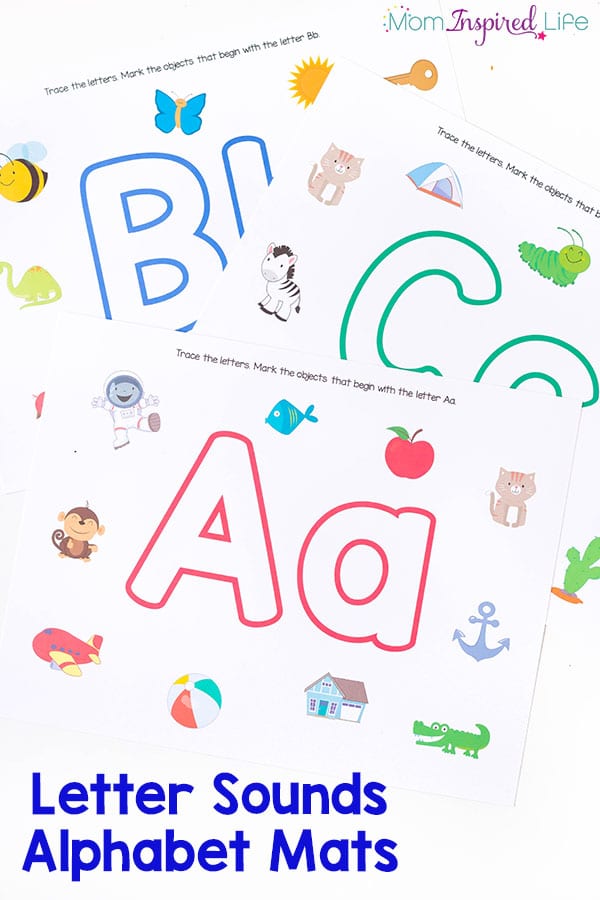 It ended up being perfect for my son. He would have been bored with a simple alphabet mat, but was totally engaged with this one. He liked searching around for the objects that begin with the letter on the page.

Setting up the Alphabet Mats 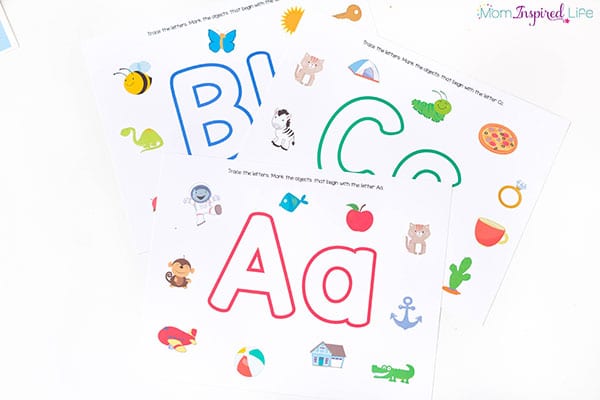 I printed out several of the mats and used them with my son. I didn’t laminate them or put them in dry-erase sleeves because I wanted them to photograph well for you all, but don’t do what I did. The play dough will stick to them. 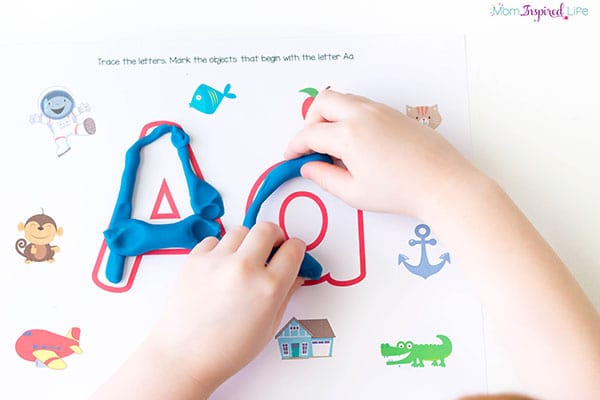 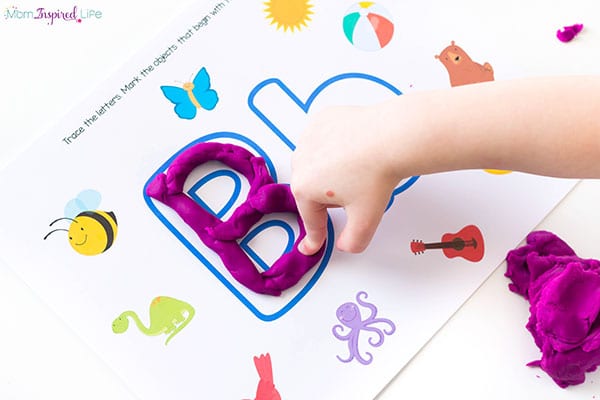 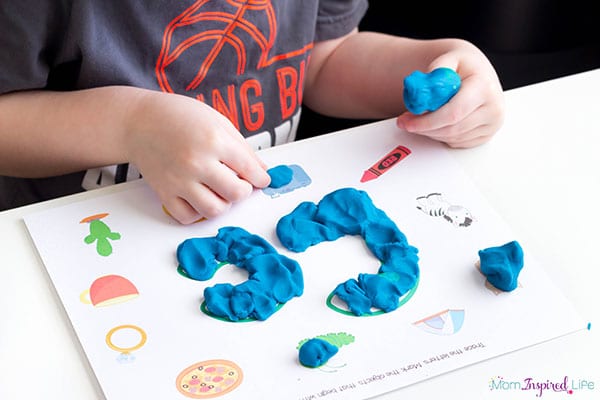 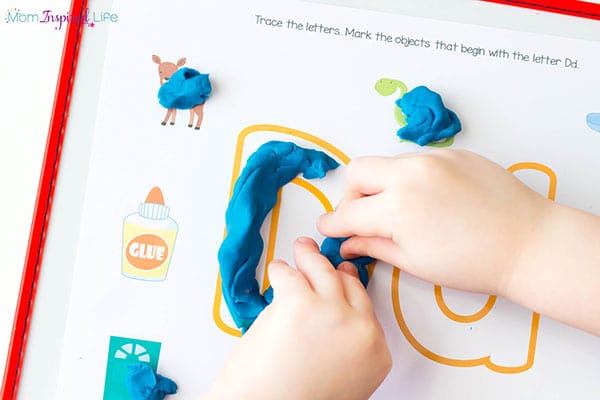 He also enjoyed searching around the mat for items that begin with the letter on the page. His favorite part was placing a ball of play dough on an item and smashing it with his fist. He did several mats in a row because he loved smashing play dough balls so much. 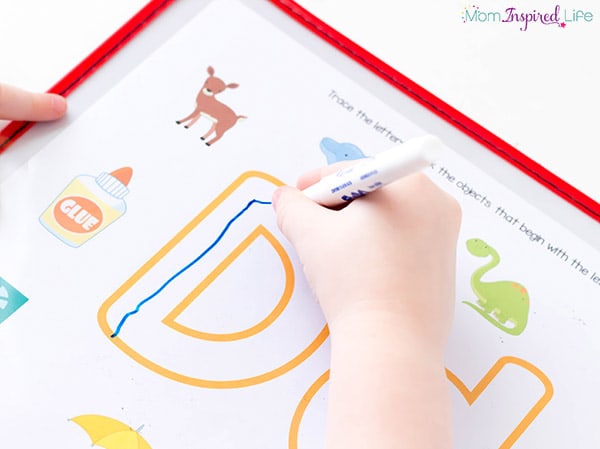 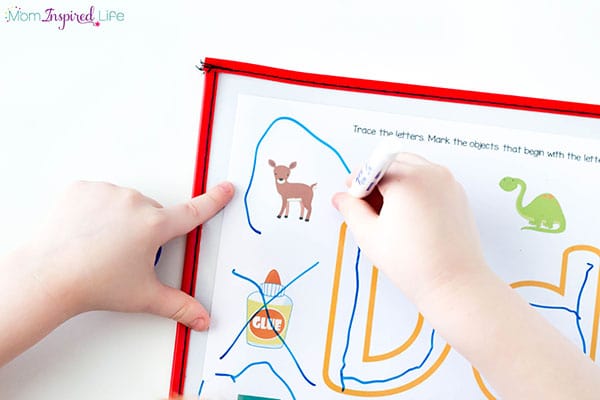 My toddler just enjoyed playing with play dough on the mat. I helped her trace the letters a bit. I think I am going to make a more simplified alphabet mat, so stay tuned.

CLICK HERE TO PURCHASE THE PLAY DOUGH MATS FROM MY SHOP 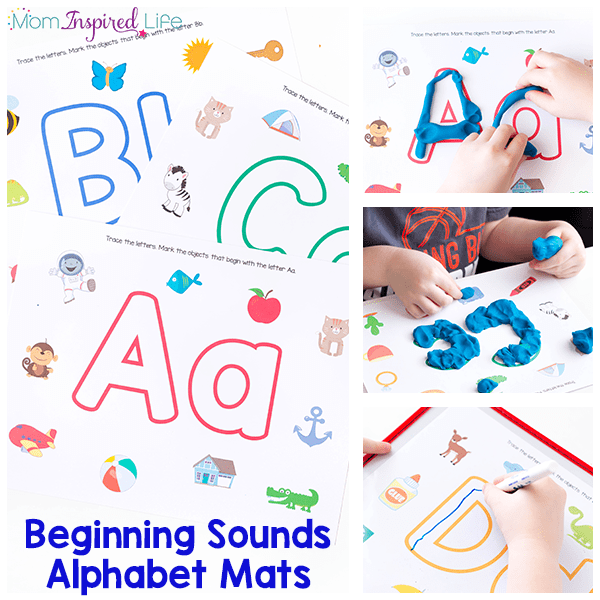 If you would like a more simple alphabet mat, check out these free beginning sounds alphabet mats!

Here are some more alphabet activities I think your kids will enjoy!