This snowball catapult alphabet activity is a super easy winter STEM activity! My preschooler and my toddler really enjoyed experimenting with the catapult. 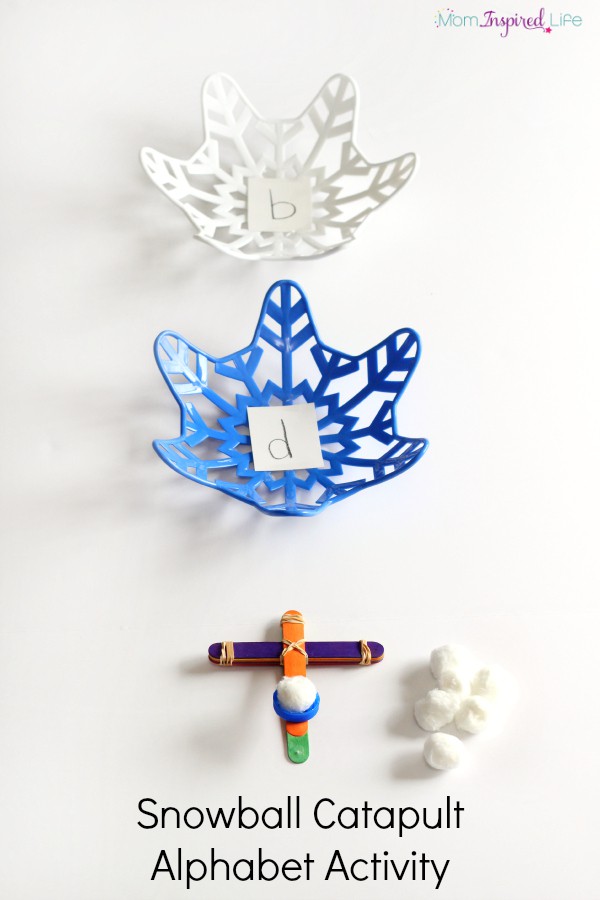 I was surprised to find that both of my children were able to enjoy various aspects of this activity. Although it was so much fun for them, it was also a great learning experience. I love that!

It may seem intimidating at first, but you can make one in a couple of minutes.

Set up the Winter Alphabet Activity 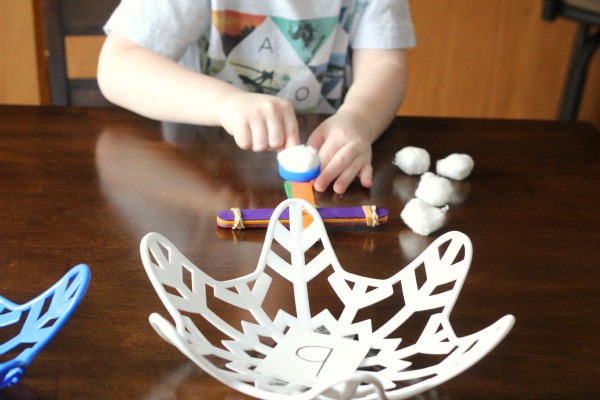 I began by encouraging my son to practice using the catapult first. I asked questions to help him gather information about how to successfully use the catapult for this activity. Here are some of the questions I asked: 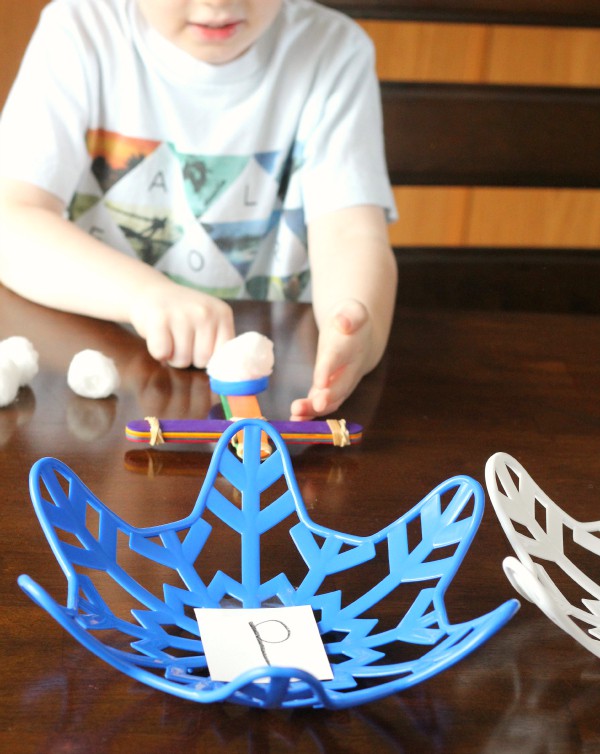 After he experimented with throwing the cotton balls for a while, we started the alphabet activity. At first, I would call out a letter and he would try to get a snowball to land in the corresponding bowl. Eventually, this changed to him trying to see how many of the 8 or so snowballs he could get in the bowl.

For some added difficulty, I started calling out words that either started with a d or a b. For example, I would call out “baby” and he would decide which letter that starts with. Then he would catapult a snow ball into the corresponding bowl. 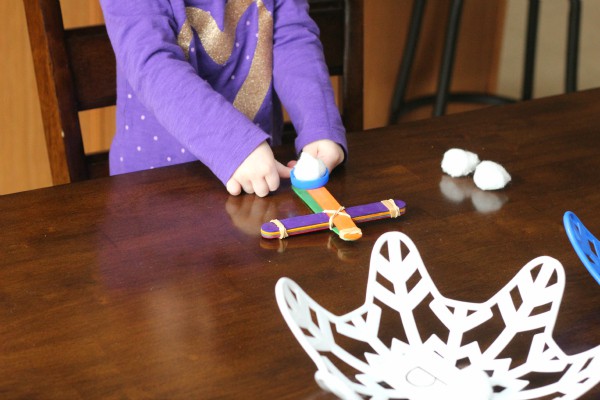 My two-year old (26 months) was even able to use the catapult. She got a real kick out of catapulting the snowballs!

This is definitely I will be pulling out this winter when we are stuck indoors more often. I like that we can work on different letters or letter sounds each time. I actually think I may try two different sight words next time!

Gingerbread House Construction Ideas by The Educators’ Spin On IT