We had a great time with this spell your name sensory bin hunt. It took me about a couple of minutes to set up and we have been using it all week-long. 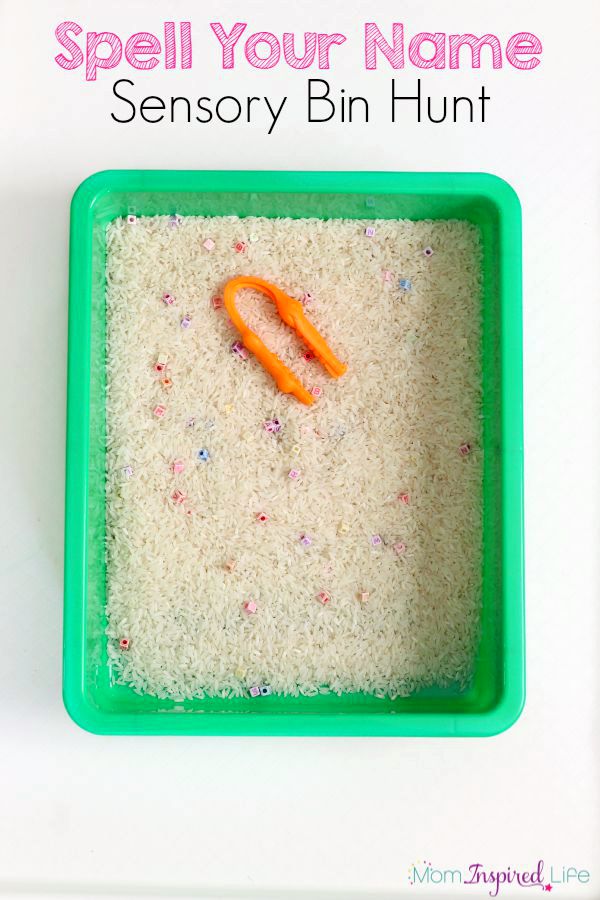 Evan has started showing more of an interest in sensory bins lately, so I thought I would make him a simple name hunt sensory bin that would give him some added fine motor practice as well.

While playing with this sensory bin, Evan practiced identifying the letters in his name and then put them in order from left to right. He further developed his small hand muscles by using the tweezers to pick up the tiny letter beads and place them on the tray. Developing small hand muscles is essential to learning to write and doing various other life skills.

I highly recommend the Helping Hands Fine Motor Tool Set. It includes a gator grabber as well as many other fine motor tools we use very frequently!

Setting Up the Name Sensory Bin

2. Find the letters needed to spell your child’s name multiple times and add them to the bin.

3. Add a bunch of other letter beads to the bin.

If you are doing this in the classroom, make sure you have enough beads to spell each child’s name at least once. 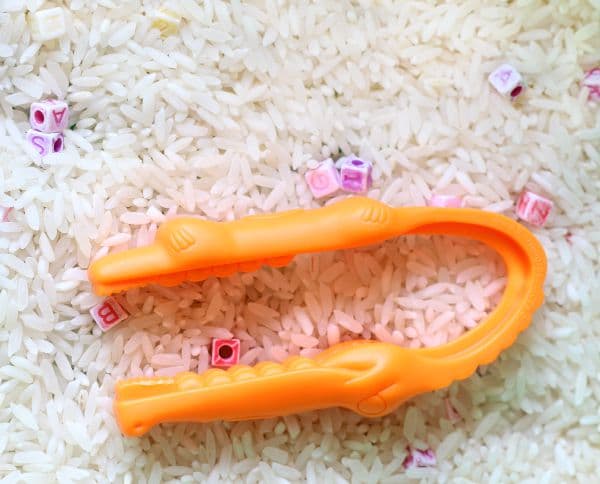 I told Evan I hid a bunch of letters in his name in the rice bin. It was his job to search through the bin and find the letters in his name. When he found a letter, he needed to use the tweezers to pick up the letter and place it on the tray. The goal was to see how many times he could spell his name.

Right away, he started digging around in the rice with his hands. He loves to play in it and enjoys the way it feels in his hands. He soon spotted the letter “V” and knew that letter was in his name. So he grabbed the tweezers and picked up the bead and placed it on the tray. He continued to do this over and over again for letters that were in his name. 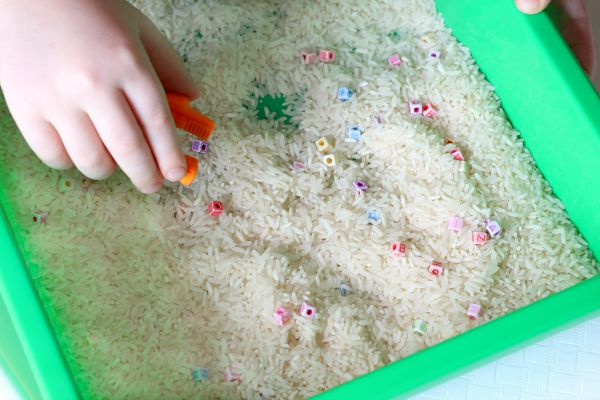 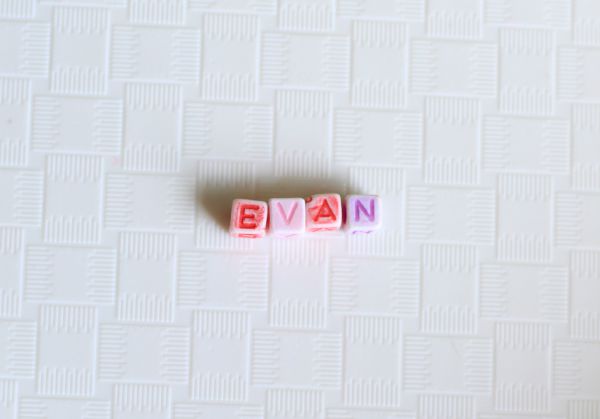 However, this bin has been used over and over again since. We’ve even used it to spell other family member’s names. Sometimes, he uses the tweezers and other times he just uses his hands. Either way, he is getting lots of fine motor practice while identifying letters and spelling names!

Check out these other fun name activities!

For more All About ME themed activities from the Early Childhood Education Team:

Erase Me Rhyming Activity via Growing Book by Book

All About Me Booklet via Tiny Tots Adventures

Learning Names in Preschool with ALL 5 Senses! via The Preschool Toolbox

Scratch and Sniff Names via Fun-A-Day

All About Me Math Race via Still Playing School