Teach kids to recognize and spell their name with this hands-on name search activity and free printable! This name activity is sure to be a hit! 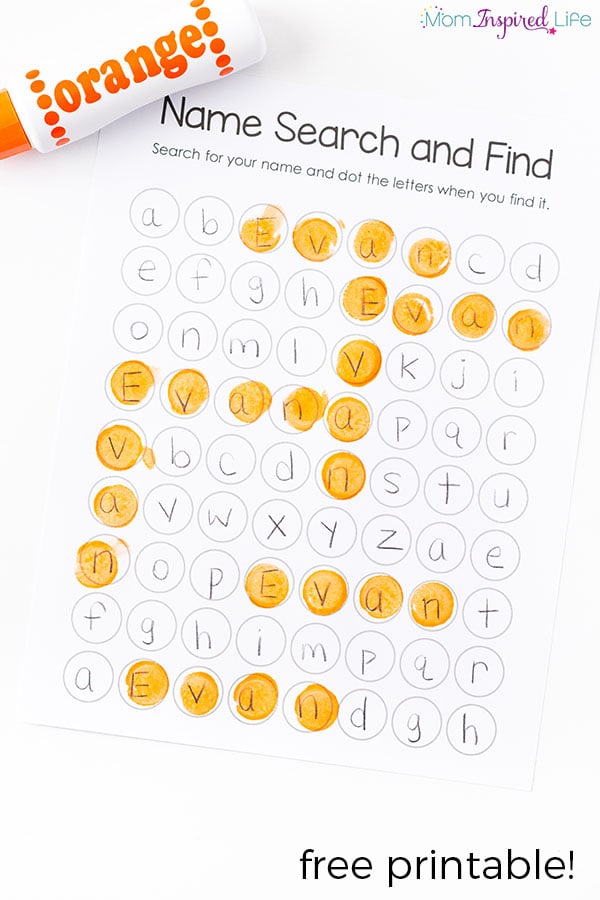 This post was originally published in April 2015. I have since updated it.

I can’t believe I didn’t make this printable sooner. I have been working with my son on spelling his name lately. This printable was a quick and easy way to reinforce this skill while developing critical thinking skills at the same time.

My son really enjoys any opportunity to use dot markers. We have used them to learn the alphabet and learn numbers and I am always finding new ways to use them.

So he was very happy to do the name search printable when I showed it to him. He liked the challenge it posed. We pretended that he was a secret agent on mission to hunt down all instances of his name in the puzzle.

The free Name Search Dot Printable (at bottom of post)

Setting Up The Name Search Activity

1. Write the child’s name all over the printable by putting one letter of their name in each circle. I chose to only write his name from left to right across the circles. I also chose to capitalize the first letter of his name because that is how he will write it.

2. After you have the name on the page a bunch of times, you will need to fill in all the other circles with other random letters. Since it was his first time doing a word search puzzle, I decided to keep it simple by only filling the other circles with letters that were NOT in his name. In the future, I may include letters from his name to add another layer of difficulty.

I explained that his name was hidden in all the letters on the sheet and then asked him which letter was first in his name and instructed him to begin searching through the letters for a capital “E.”

Once he found it, I asked him if he could find the next letter in his name right next to the “E.” He spotted it and then realized all of the letters in his name were in a row. 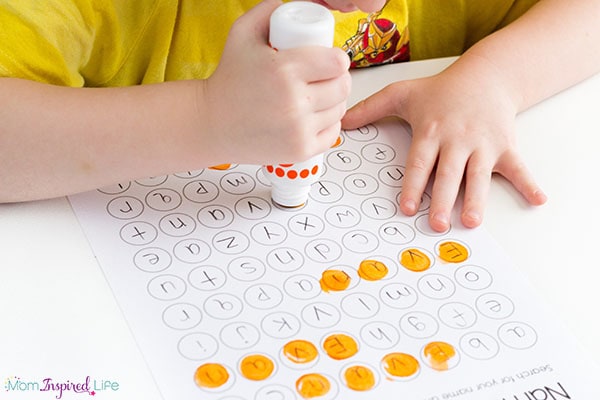 Then he dotted each letter of his name with the dot marker. From this point on, he was able to solve most of the puzzle on his own.  He searched for the “E” and dotted it. Then he dotted all the other letters in his name. 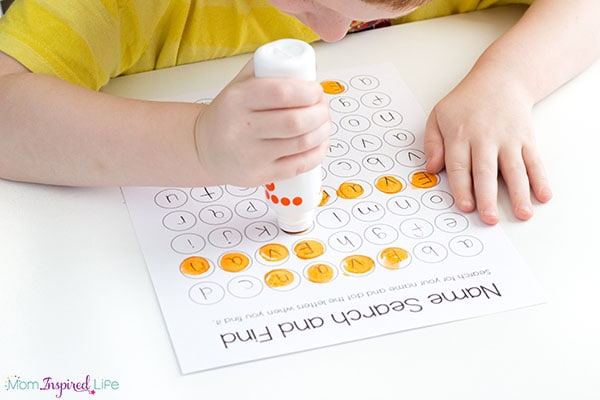 This was a very effective way of reinforcing the spelling of his name with him. I like that it also challenged him to think critically and problem solve at the same time. 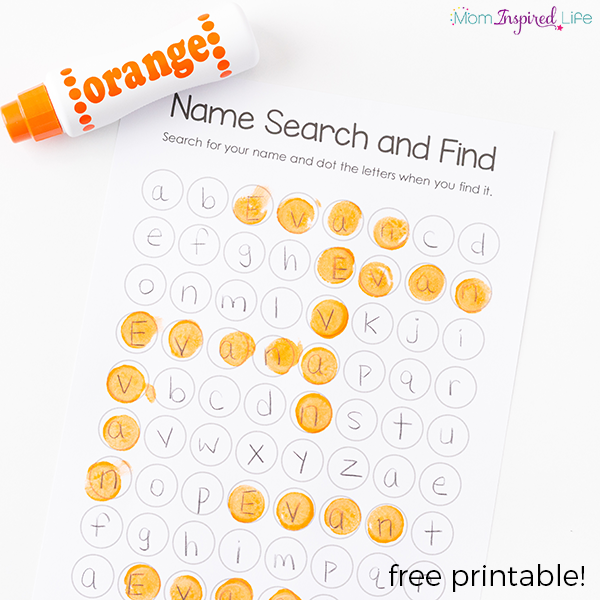 Teach Kids to Spell Their Name with Kinetic Sand

And check out this really cool Custom Name Tracing Printable from Powerful Mothering! It’s so cool!