This sticky shape rainbow is a hands-on way for kids to learn colors and shape identification, practice sorting and even learn the order of colors in a rainbow! 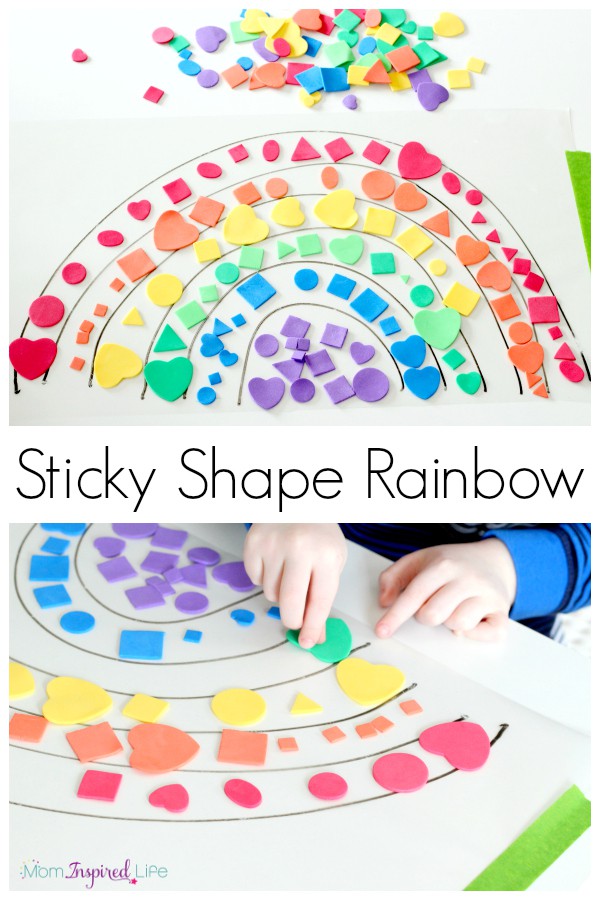 As I was brainstorming what I could do with them, I noticed how colorful they were and thought it would be neat to use them to make a rainbow. However, I just didn’t want to bring out the glue on this particular day. I have a two-year old – can you blame me?? Enter contact paper.

Contact paper also makes for a fun sensory experience. My two-year old loves sticking her fingers to it and then pulling them off. It also makes it easy to move the shapes around. 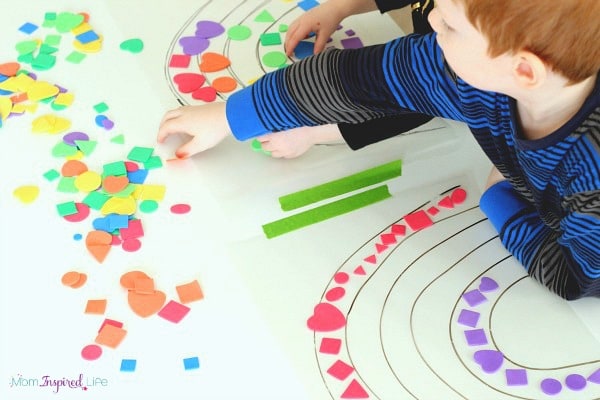 I place one shape of each color in the appropriate space on the rainbow so that my kids would know which colors go where on the rainbow. Then I let them go crazy placing shapes on it. 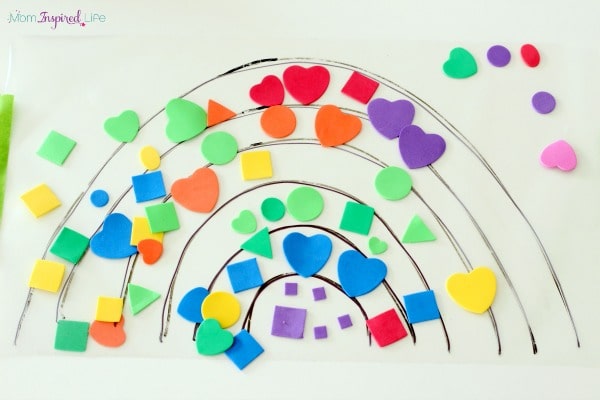 I tried to encourage my two-year old to place the shapes in the correct spaces, but that lasted for about 30 seconds before I realized that wasn’t going to happen. Which is perfectly fine. We still talked a lot about the names of the shapes and their colors. It was also great fine motor practice for her. And it was just plain fun! 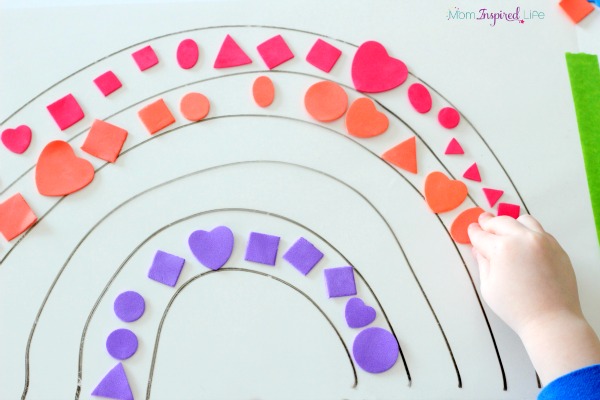 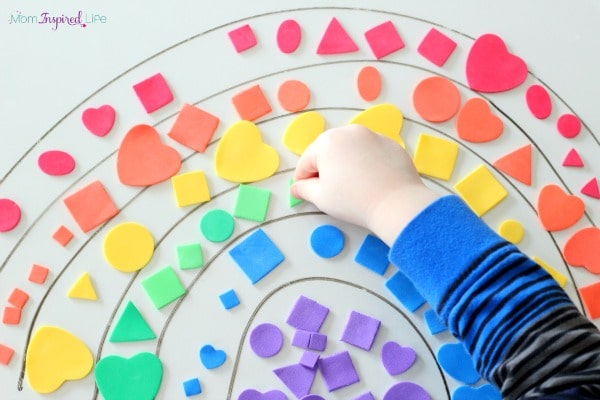 My four-year old wanted to place the shapes in the correct places on the rainbow and much to my surprise he remembered where many of them should go despite it being quite a long time since we had talked about it. 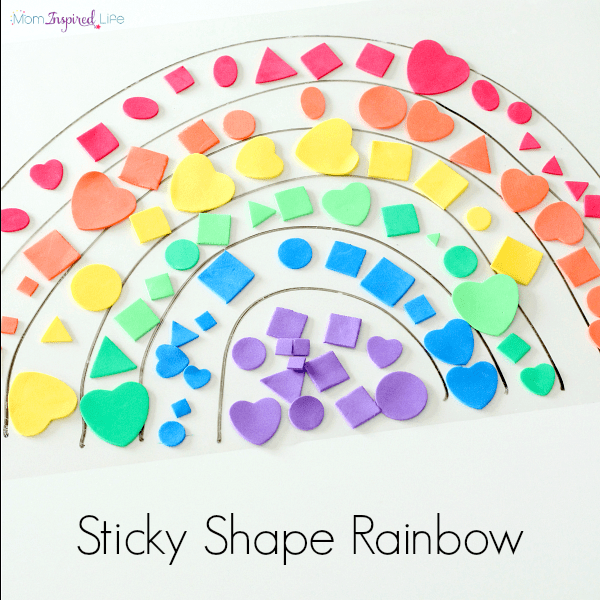 They both wanted to hang their rainbows up on the window after we were done. They look so pretty!

Here are some more rainbow activities for kids!