We have family living in Germany and my son is curious about where they live, so I decided to write a post on teaching preschoolers about Germany! 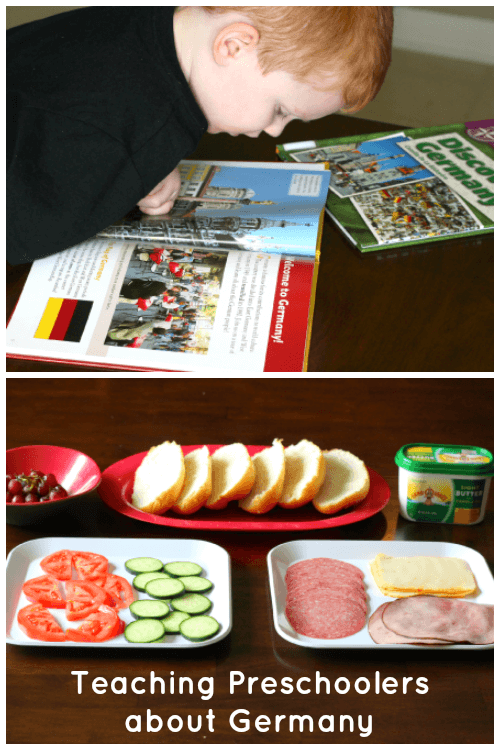 My husband’s mother lived in Germany for a very long time and he has several family members still living there. We send pictures back and forth and have video chats with them as well. My son has recently become very curious about where they live and what it is like there, so I thought this would be a great time to teach him a bit about Germany. 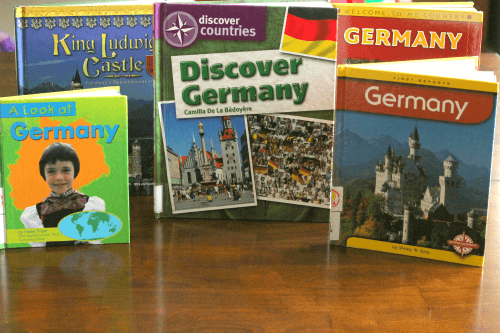 The first thing we did is go to the library and check out a bunch of books about Germany. Our favorite books for the preschool crowd are shown above. We brought them home and I set them up on a table for Evan to explore. 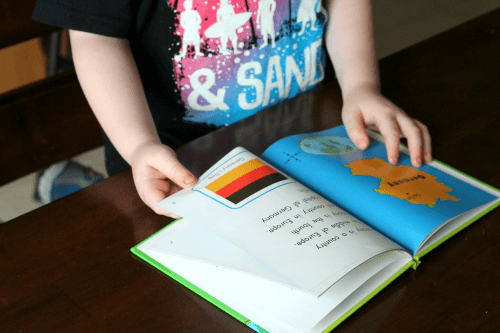 He loved looking through them and found many of the pictures very interesting. After he looked at them, I went through a few key points from each book. We looked at the German flag, found the country on a map in one of the books, read about what Germans eat and what school is like there, among a few other things. 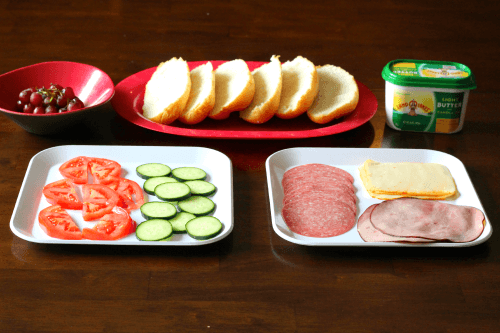 After that I made a German breakfast for the family. In Germany, they typically don’t eat the foods we do at breakfast. They eat cured meats and cheeses on bread. It is much more similar to our lunch. Evan thought it was so funny that we were calling it breakfast.

Our German breakfast consisted of Salami, Black Forest Ham, Munster cheese on a nice, fresh baked roll. Germans typically use a variety of spreads on their bread such as: butter, jam, or honey. We used butter. They cut the roll in half and add the spread, meat and cheese. Then they often add tomatoes or cucumbers to the top of that. They do not add the other half of the roll on top. They eat it open faced. 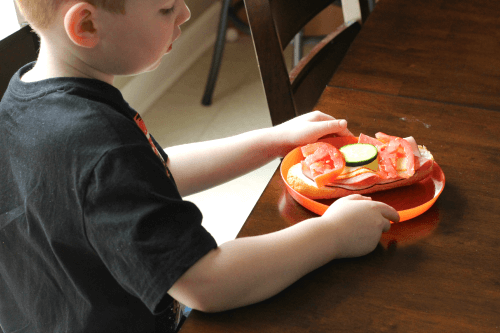 Breakfast is very popular in Germany. On weekends, Germans often set out a bunch of breakfast platters with meat, cheese, vegetables and fruit and invite people over for socializing. Much like Americans would have a dinner party, Germans have a breakfast party! 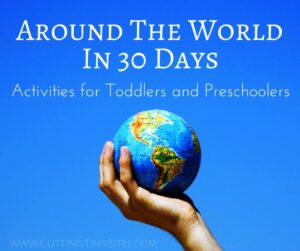 I am joining up with a bunch of fellow kid bloggers to bring you the Around the World in 30 Days Blog Series. Check out all of the other posts at the link above!