This weaving a spider web alphabet activity is super simple to set up and tons of fun! It is an excellent way to develop fine motor skills and learn letters! 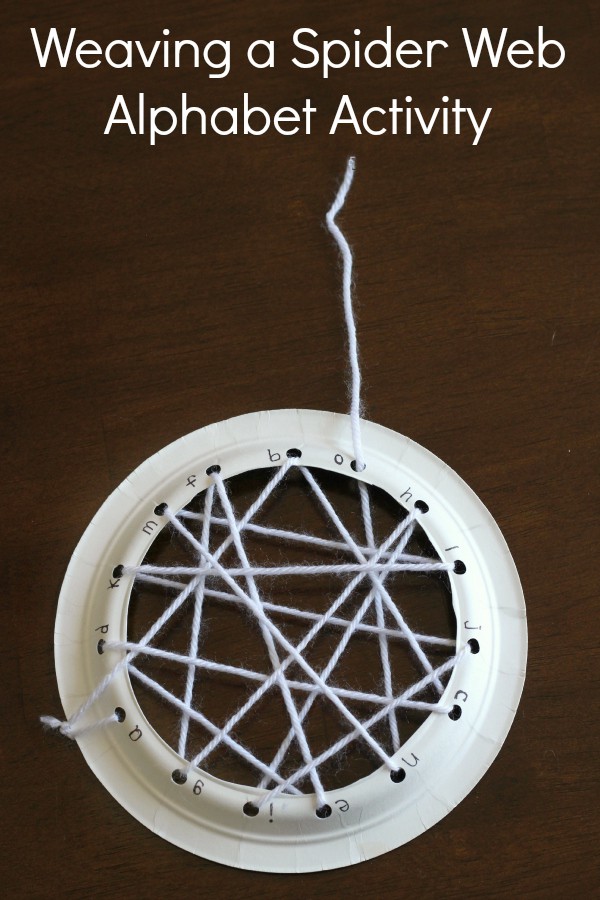 I’ll be honest. E really isn’t into weaving activities. I think they are great for developing fine motor skills so I wanted to try to motivate him to do one. I figured that if there is anything that would encourage him to weave, it would be a spider web! And boy, was I right!

Sometimes, the success of an activity is dependent on how you pitch it to your kids. Making a spider web is fun, but I still wasn’t sure if that would be enough to draw him in. So I told him that he was going to pretend he was a spider and he was going to weave his web. This really captured his attention and served as a great motivator. 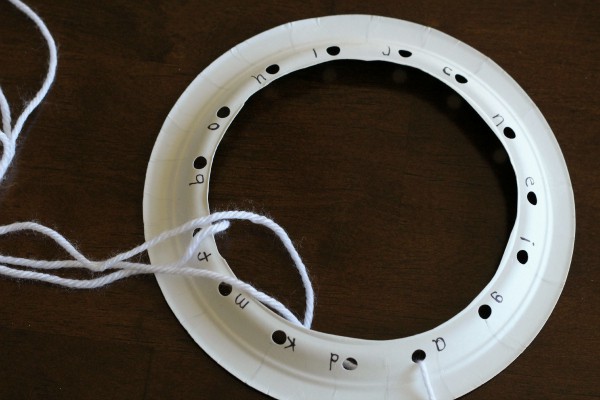 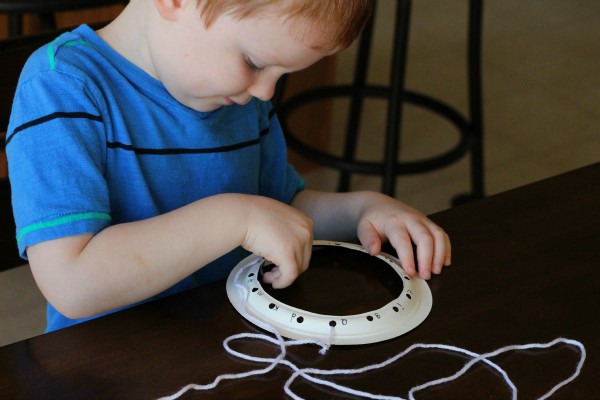 I was actually surprised by how much E liked this and how effective it was. He really had to think about which letter came next and often had to run through the alphabet again and again. It was an excellent way to practice putting letters in alphabet order. 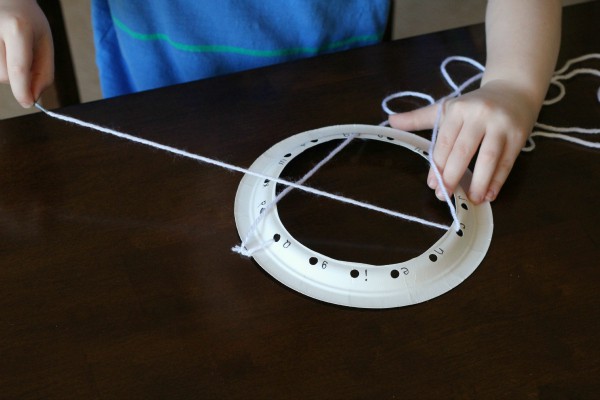 In addition, he got lots of fine motor practice. Weaving and lacing are not something he is used to at all so he worked on fine motor skills that he doesn’t often work on. He caught on quickly and had no problems after that. 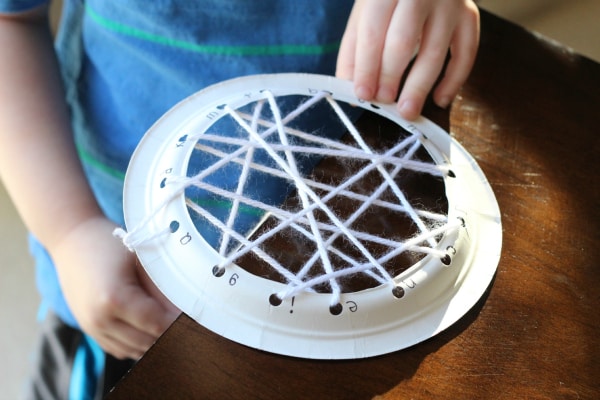 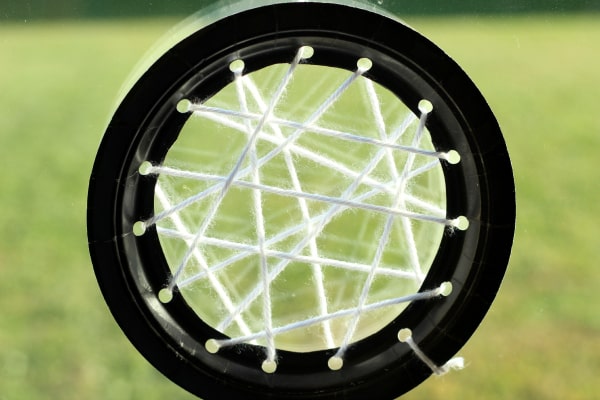 Afterward, we had a really cool spider web to hang up as a decoration! He wanted to hang it outside for the real spiders to use, but I convinced him it would hold up better inside and we could hang our toy spiders on it too. 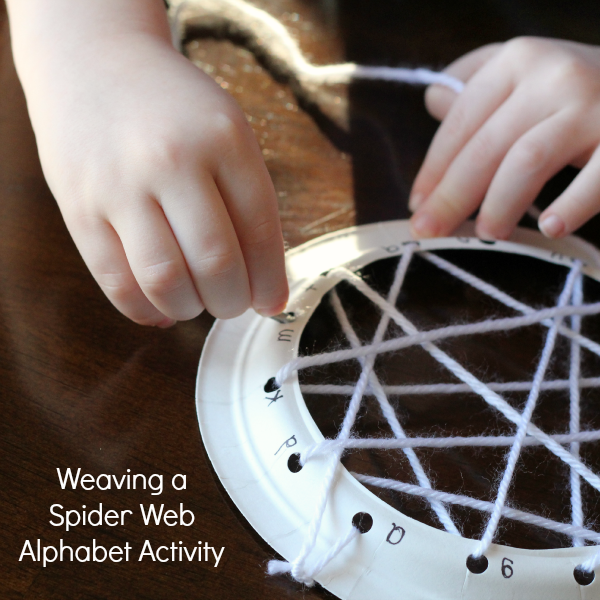