Who knew that cutting straws and play dough with scissors could be so fun? My son spent a long time playing and developing fine motor skills with this simple activity! 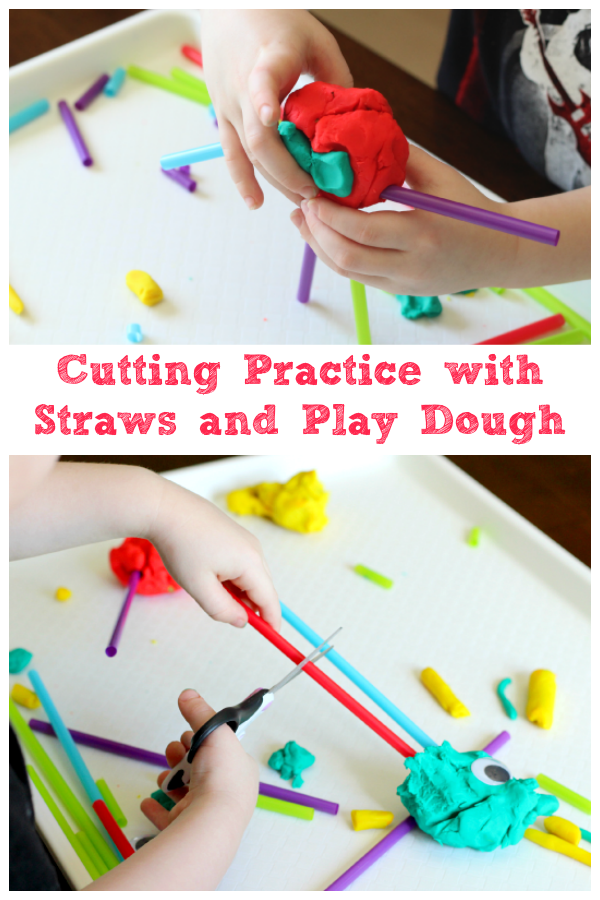 Today I left scissors, straws and play dough on a craft tray and invited Evan to create whatever he wanted. It was amazing to watch his creativity flourish. I love that he can take a few simple supplies and use his imagination to create anything he wants to.

He still needs a lot of fine motor practice, so I am continuing to look for fun and motivating ways to develop those small hand muscles. Play dough is always a great way to do that, but he also needs a lot of cutting practice. Adding the scissors and straws to the mix was just what he needed. He was highly motivated throughout this activity.

Setting Up the Invitation to Create

1. I laid the supplies out on our craft tray and that was all. 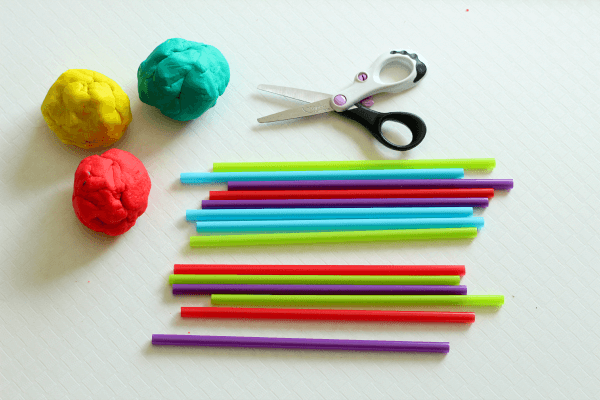 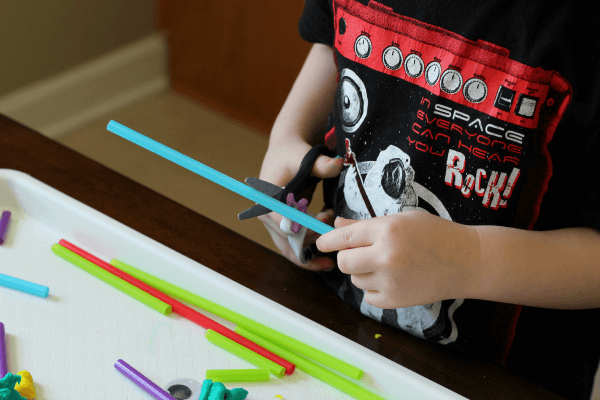 Evan immediately began cutting the straws with the scissors. He loved that pieces went flying when he snipped the straw. They were highly motivating for him and a great way to encourage him to practice cutting. 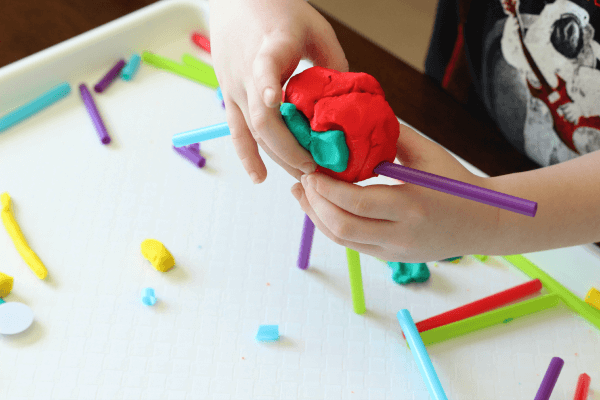 He also asked me to get him some wiggly eyes. Those are always a great addition to play dough. He stuck them on the monster’s head, but then decided to make play dough eyes instead. His monster looked pretty cool when he was done. 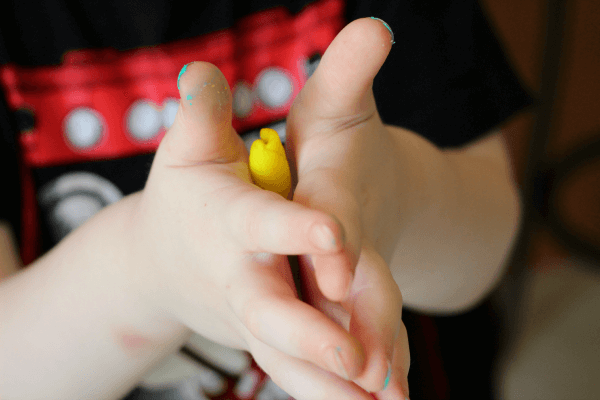 Then he began to making long strips of play dough by rolling it in between his hands. He made a bunch of strips and lined them up on the tray. Eventually, he decided to cut the strips with the scissors. 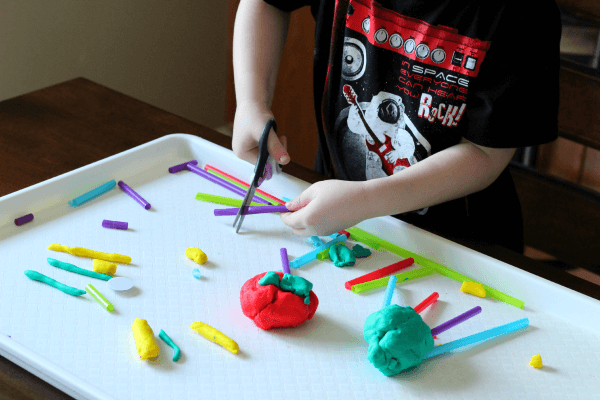 He went back and forth between all of the supplies and created all kinds of stories to go with the things he was making.  He enjoyed this so much! It is definitely something I plan to do again.

Here are some related activities I think you will want to check out!

Creating with Sticks and Play Dough