Evan loves Jack and the Beanstalk so I thought it would be fun to build a castle in the clouds like the story. This STEM and sensory activity was the perfect extension for the book. 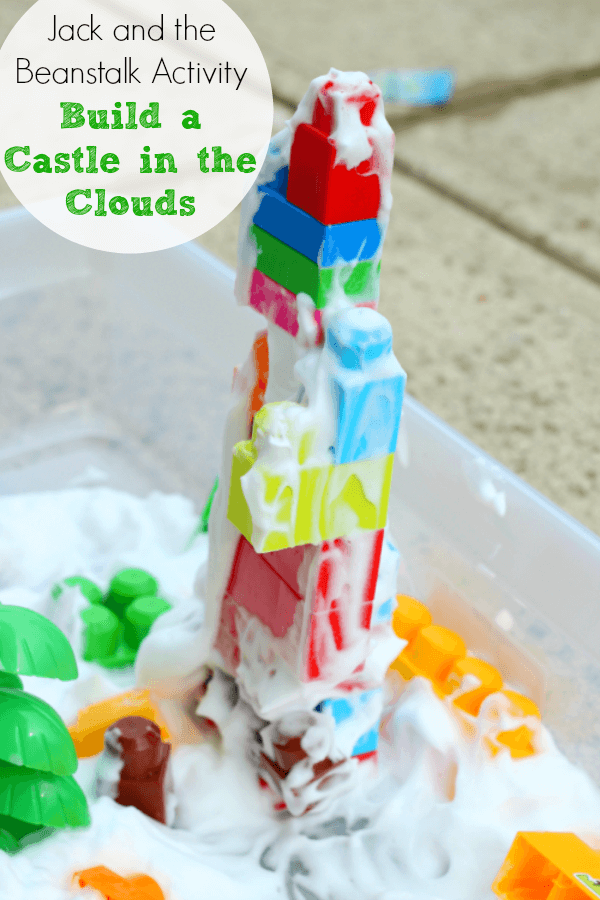 Evan was introduced to Jack and the Beanstalk from Mickey Mouse Clubhouse and has loved it ever since. His favorite part is when they go to the giant’s castle in clouds. He really loves that giant.

I thought it would be really exciting for him to build his own castle in the clouds. It turned out I was right because he really loved this activity. He loves building with Mega Bloks and Duplo already, but the shaving cream really took this to the next level.

Setting Up the Jack and the Beanstalk Activity

1. Spray out an entire can of shaving cream into the container. I had Evan help me with this for some additional fine motor practice.

2. Get your blocks out and put them near the container of shaving cream.

Building a Castle in the Clouds

I told Evan he was going to build a castle in the clouds just like Jack and the Beanstalk. He got really excited and immediately got to work on his castle. 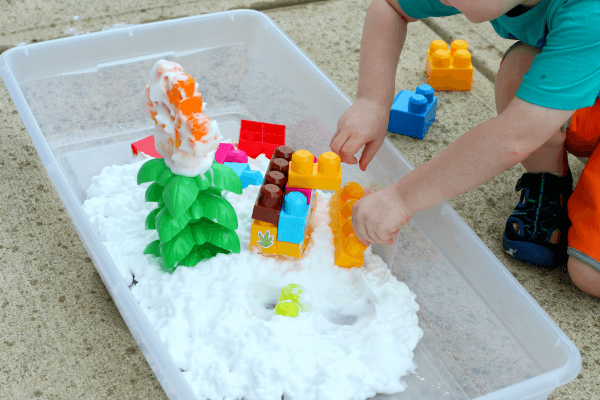 Soon after starting, he discovered the palm tree tops that came with our Mega Bloks set and realized that if he stacked them he could make a beanstalk. Once the beanstalk was complete, he went back to work on his castle. He also made a giant and began acting out the story.

Along the way he got a bit distracted and enjoyed throwing blocks in the shaving cream. He also thought it was fun to paint the castle with shaving cream. The sensory aspect of this really appealed to him. 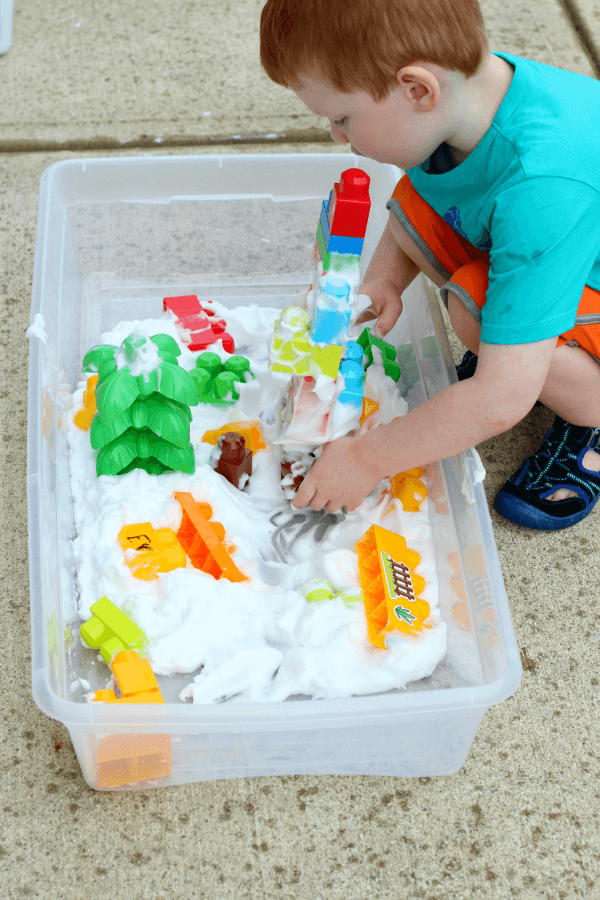 Eventually, he got back to castle building and ended up making a tall castle in the clouds. I think it turned out awesome!

If you are wondering, clean up was a breeze. I just hosed down the container and the blocks and let them dry. It was well worth it for all the fun Evan had!

Here are some related activities I think you will enjoy!

Jack and the Beanstalk Alphabet Game

Shaving Cream Paint on the Window

Racing Ice Cubes Down a Ramp 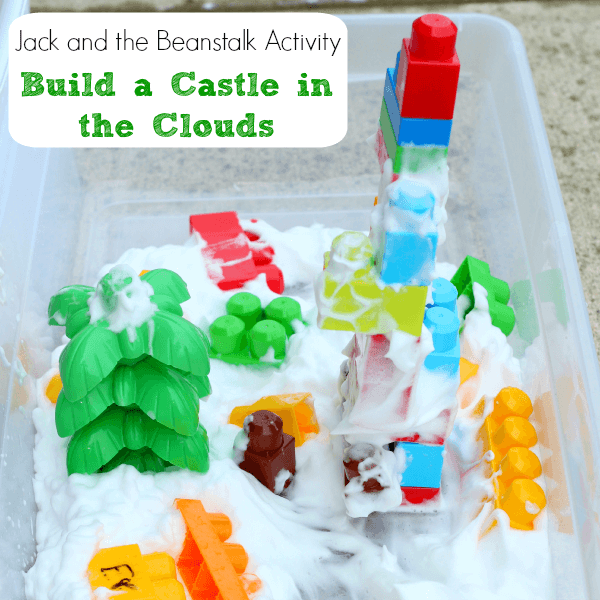