This secret message ice excavation is so fun! My preschooler had a blast digging through the ice on a hot summer day. The secret message was a great motivation too. 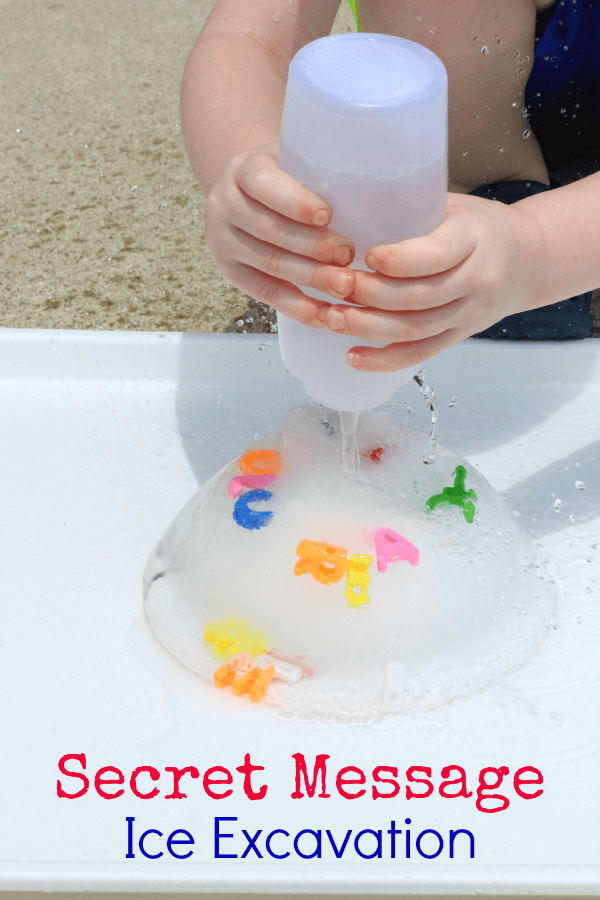 I love all the different ice excavation ideas I come across on Pinterest. This dinosaur eggs ice excavation is always a hit. Freezing LEGO minifigures in ice is so smart. I also love the beauty of this rainbow excavation and this ocean excavation.

I wanted to do an ice excavation with a literacy spin. I had these letter beads that I thought would be perfect. I could have just frozen them in the ice, but I thought hiding a secret message would be even more fun!

Freezing the Letter Beads in Ice

2. Decide what you want your message to be and jot it down on a piece of paper.

3. Go through your alphabet beads and make sure you have all of the letters you need to spell your message.

4. Add the beads to the water. I liked using these beads because some of them sunk to the bottom, others floated near the top and still others stuck to the sides of the bowl. This way they were spread throughout the water a bit. Either way the activity will be lots of fun.

6. Make a key for your secret message. I used dashes to mark the letters in each word of the secret message. You could leave it like this for older kids and let them move the letters all around until they figure it out. However, this would be far too difficult for my preschooler, so I added clues to help him. In my case, I wrote the lowercase version of each letter underneath each dash. This way Evan only needed to look at the lowercase letter and then find the uppercase match. 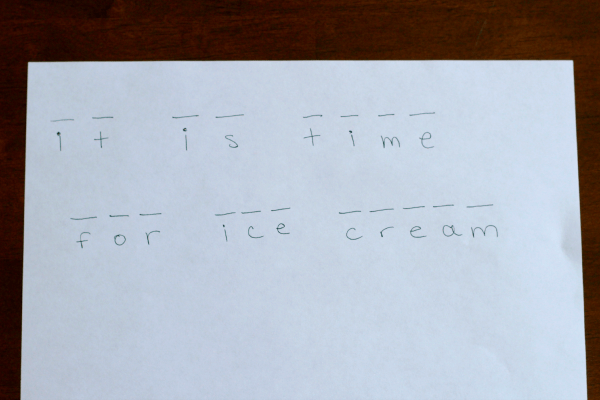 I took the block of ice out of the bowl and laid it on our craft tray. I put squeeze bottles filled with water and a few toy tools next to it and invited Evan to excavate the letter beads from the ice. 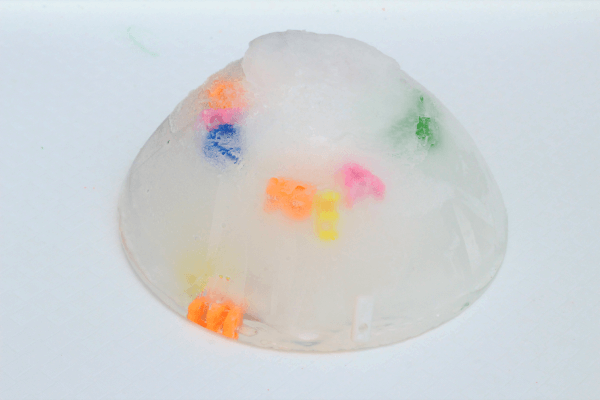 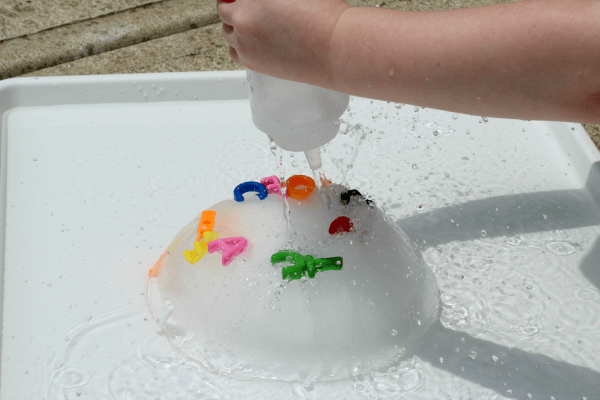 He started by trying to use the hammer, but the ice was far too solid for it to have any impact. I encouraged him to use the water to help it melt. He had a blast squeezing the water out all over the ice. I ended up filling them with the hose several times. 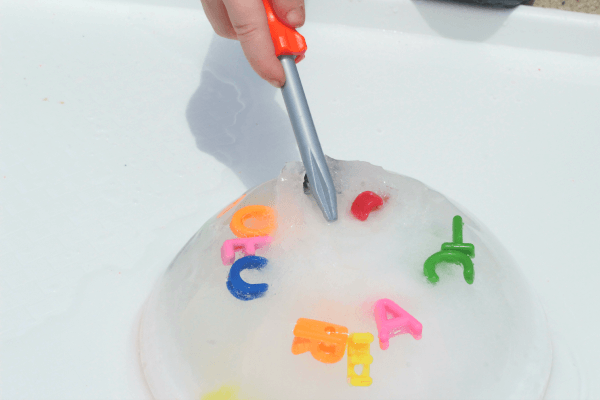 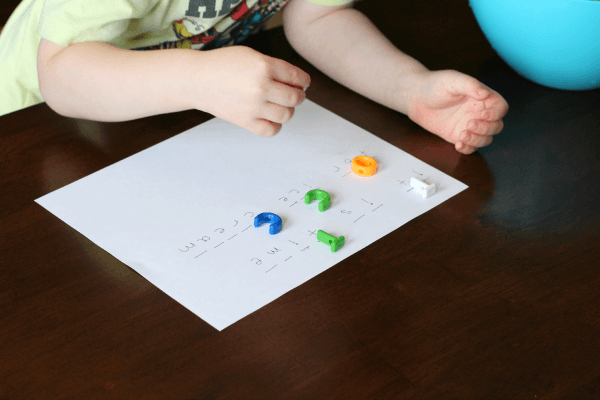 As the ice started to melt he was able to use the tools and his hands to free the beads. After he removed them all from the ice, we brought them inside to figure out the secret message. He figured out what to do quickly and was able to solve the message. He was super excited when I read it to him.

Here are some related activities I think your kids will love!

Racing Ice Cubes on a Slide

Build a Castle in the Clouds