My son loves playing with the water and a spray bottle, so I came up with this simple water spray alphabet hunt. It is a great way to work on letter recognition or letter sounds! 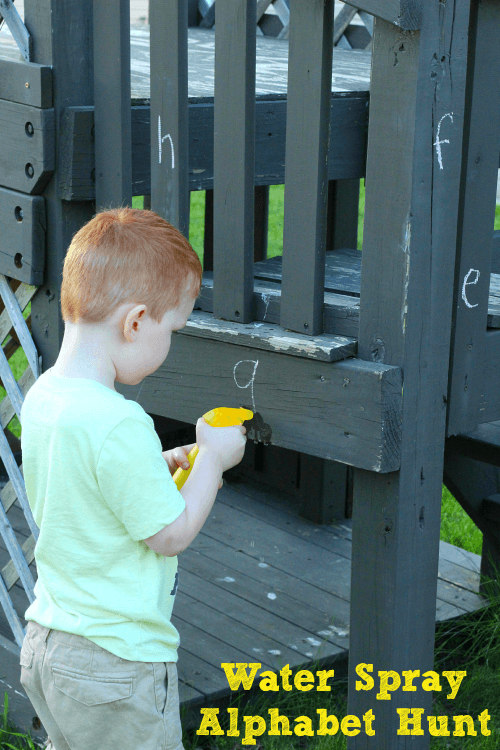 Our spray bottle has been a big hit with Evan. We’ve had it for 2 years and it has gotten tons of use both indoors and outdoors. It is great for developing small hand muscles that will be used for writing and other life skills.

Set Up the Alphabet Hunt

1. Write letters on a swing set, deck, patio or driveway with sidewalk chalk. I wrote them all over our swing set.

To start, I called out a letter and Evan searched around the swing set for it. When he found it, he sprayed it with his water bottle until the letter disappeared. 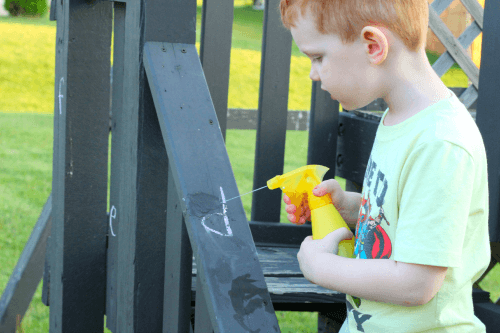 After doing this for a bunch of the letters, I started calling out letter sounds and Evan looked for the letter that makes that sound. Then he sprayed the letter. 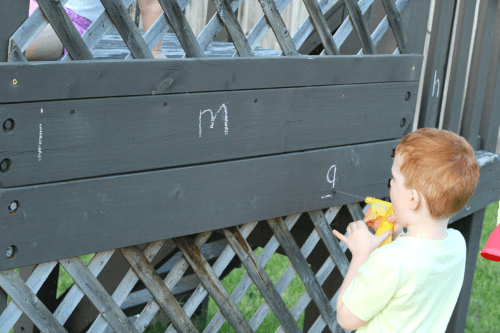 It was a very simple and easy way to learn letters while developing fine motor skills!