My son loves do a dot markers and this dot the letter apple tree was a neat way to use them while learning to identify letters. It is a fun fall alphabet activity for preschoolers! 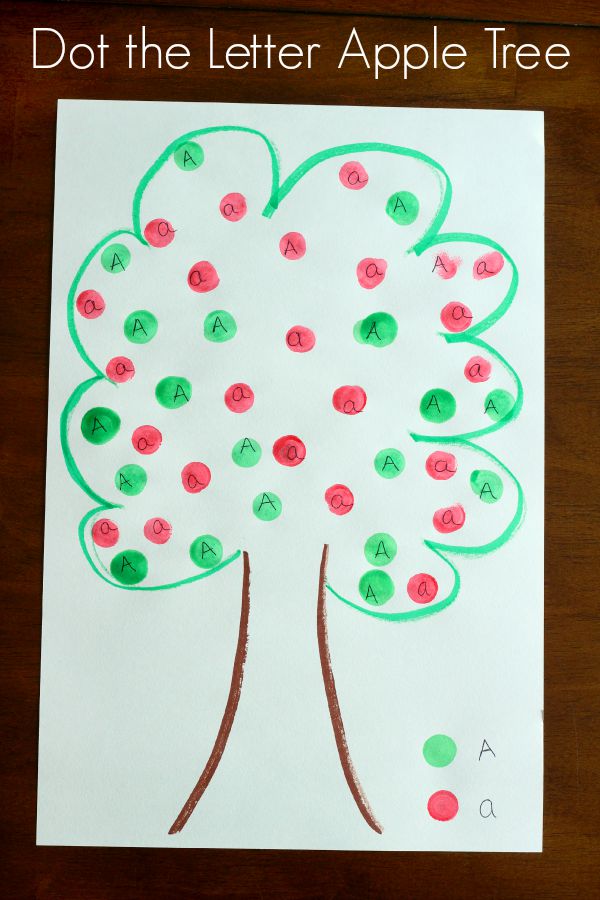 Our apple tree letter matching activity has been wildly popular and we had lots of fun with this apple tree alphabet game, so I decided to create another fun apple-themed activity for preschoolers! This one uses one of our favorite preschool supplies – dot markers. Any time I bring out the dot markers, my son instantly gets excited. I am not sure what it is about them, but he loves to use them!

1. Draw a large tree on the paper.

2. Pick a specific letter you would like to work on and write the uppercase and lowercase version of that letter all over the tree.

3. Make a key by making a green dot and a red dot on the paper. Then write the lowercase letter next to one dot and it’s uppercase match next to the second dot. 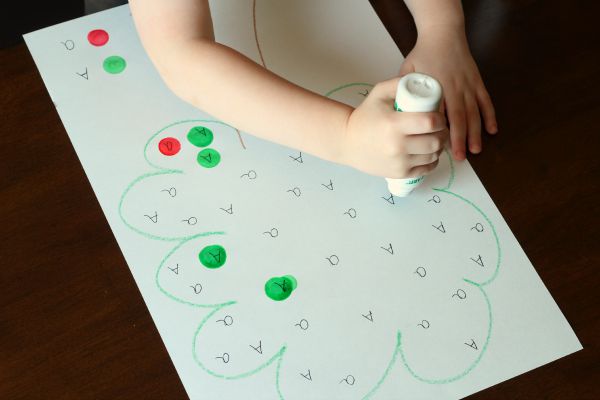 I showed Evan the key at bottom of the paper and explained that he would use it to decide which dot marker to use on each letter. I told him that he should mark all of the lowercase a’s with the red dot marker and all of the uppercase A’s with the green dot marker. If he forgot which color to use on which letter, he could look at the key for a reminder. 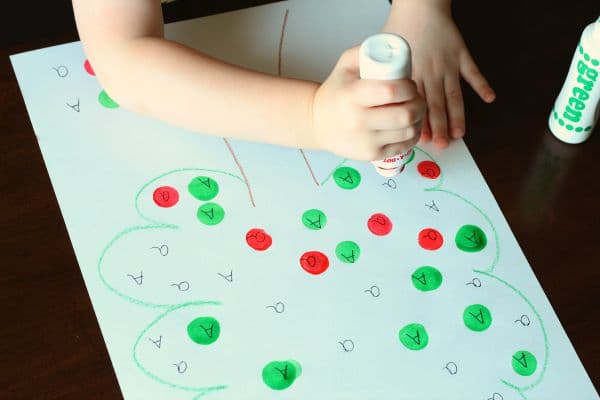 The tree was so big that I was able to fit quite a few letters on it. This was a good thing because Evan really liked that he could go wild with the dot markers.

I didn’t give him any instructions on how to dot the letters. At first, I thought he would choose to mark all of the lowercase letters in on swoop and then change to the green marker. However, he decide to switch back and forth between the two markers. I like that he decided to do it that way because it posed more of a challenge. 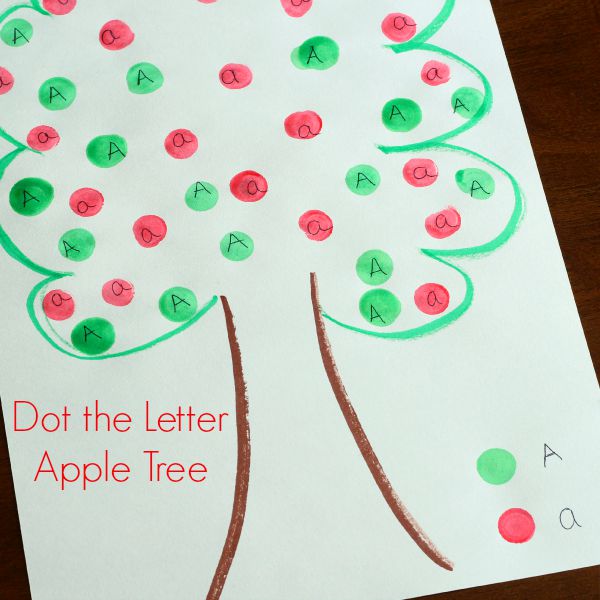 This is an excellent way to practice distinguishing the difference between two letters as well. I plan to do this activity again and use the letter “d” and the letter “b.” Another one we need to work on is “m” and “w.”

I can definitely see us doing this a few more times over the next week or two!