This Easter egg toss game is super fun way to move and learn addition. If you have a child that can’t sit still very long, this is the math game for you! 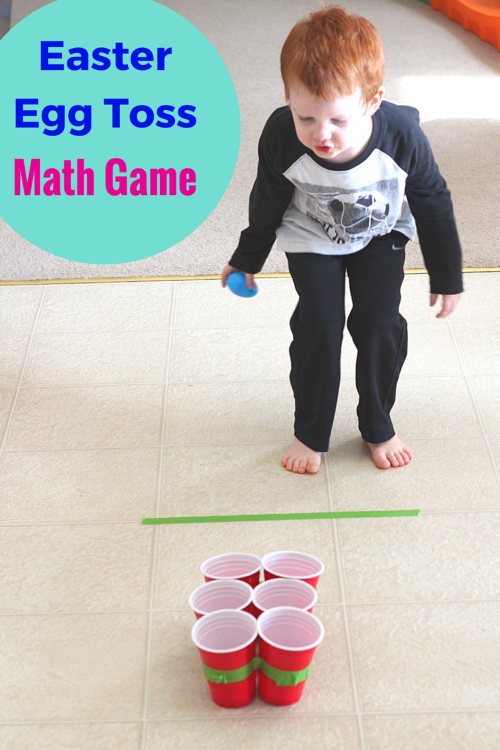 Egg toss games are pretty common, but I decided to put a different spin on it and work on addition with Evan. He loves any game or activity that allows him to throw balls, so this was perfect for him.

Lately, Evan has been learning addition and he is doing surprisingly well. He still struggles with learning letter sounds, but anything related to math comes much more easily for him. So to give him some reprieve from all of the more challenging letter learning activities, I decided to do a fun math game with him.

Preparation Needed to Play and Learn with Easter Eggs

1. Tape 6 cups together with painter’s tape. You can also play them in a box or bin if they will fit fairly tightly. You just want to make sure the cups don’t tip over.

2. Write a number 1-6 on a dot sticker. Place the sticker in the bottom of the cup. 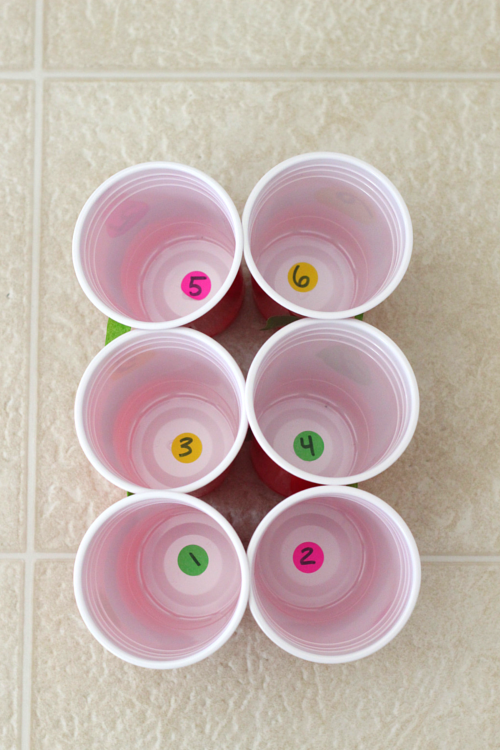 3. Tape a line on the floor that will be the marker for where your child should stand.

How to Learn Addition while Playing this Easter Game 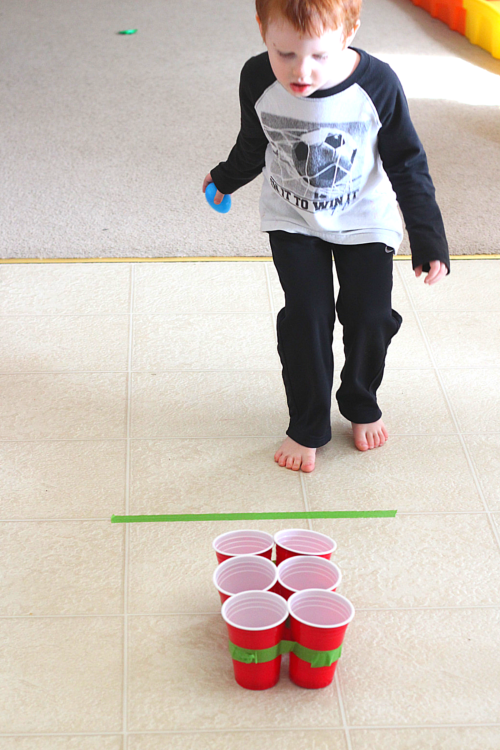 Have your child stand behind the line and toss the plastic Easter egg towards the cups. Once the egg lands in a cup, have them remove it and look to see which numbered cup the egg landed in. 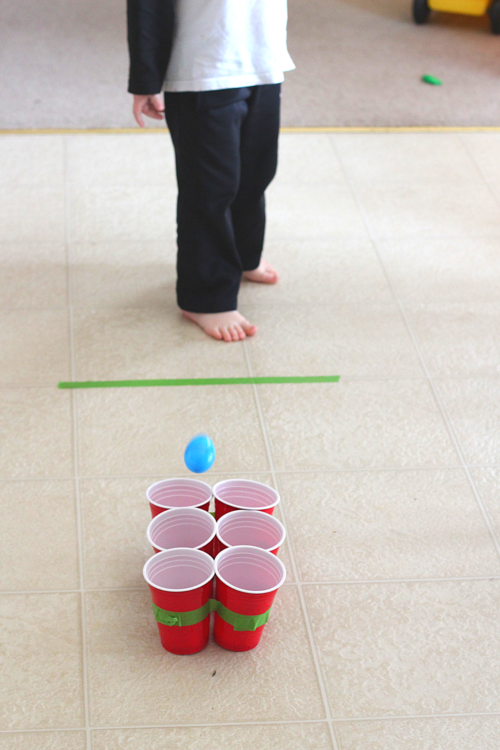 Repeat the process above again. Then add the two numbers together.

Evan really enjoyed it when I said the sum was how many points he got. For instance, after the egg landed in the 6 cup and the 4 cup and he added the numbers together, I said “You got 10 points!” For some reason, making everything points is highly motivational for him. I think it is his competitive nature. 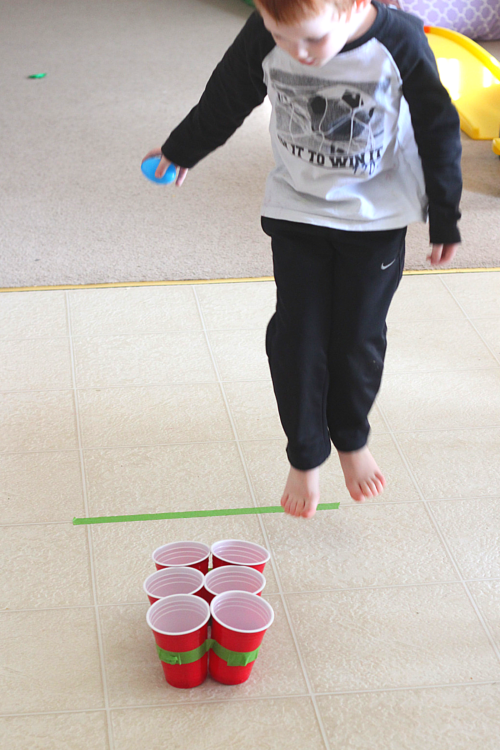 He had a lot of fun doing all kinds of crazy throws and jumps before throwing. Eventually he was jumping up, slamming the egg in a cup and landing on the ground in a ninja stance…whatever works! Haha!