This puddle jumping alphabet activity is a great way to move and learn letter sounds! Bring the rainy fun inside with this playful preschool literacy activity! 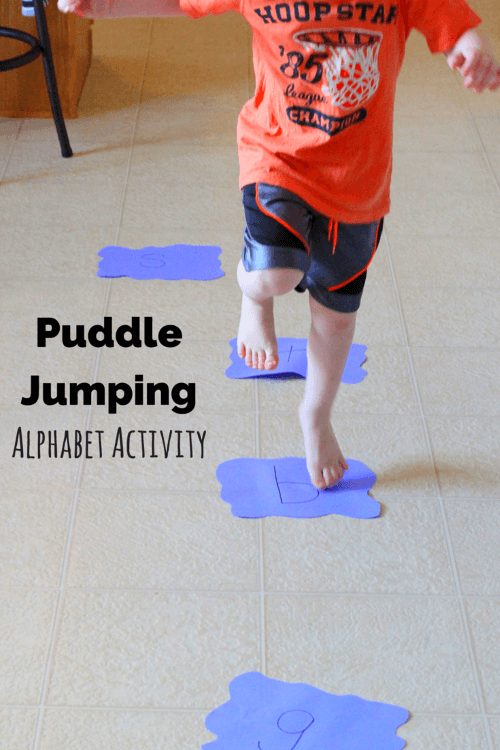 Some days Evan is so full of energy. The best way to teach him anything is to do an activity where he can move while learning. It’s also been raining a lot. So I thought it would be fun to do a move and learn activity with a rain theme.

1. Cut the blue paper into puddle-like shapes. I made one puddle per sheet of paper.

2. Write a letter on each puddle.

3. Make tape loops and place one on the back of each puddle.

4. Stick your puddles to the ground in a circle. 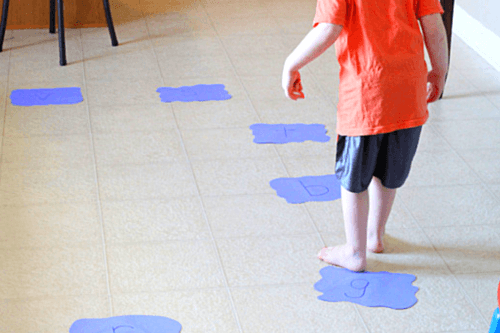 I played the music and then I stopped it randomly. Next, Evan identified the letter he stopped on by name and then told me the sound it makes. I also named a couple words that start with that letter while putting an emphasis on the beginning sound. Many times, he came up with a one or two words too. 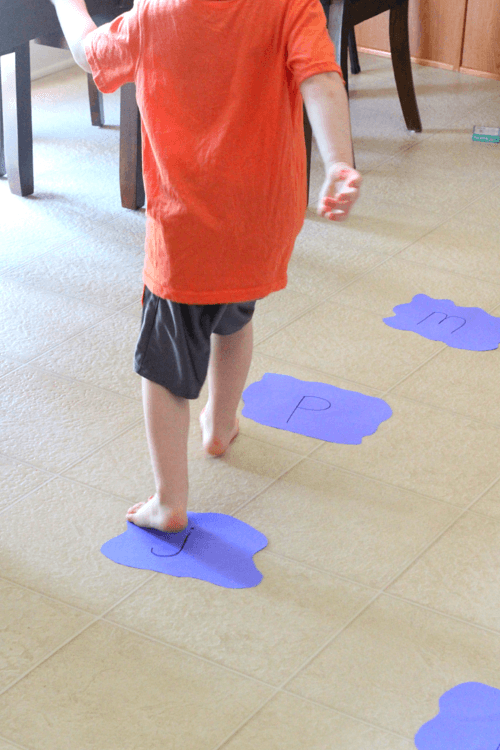 If you have a group of kids, you can also play this like musical chairs. Have one less puddle than you do children and play the music. When it stops, the child without a puddle is out. The others have to tell the sound of the letter they are standing on. Continue taking away one puddle each round until one person is the winner.

You could also use this to work on a variety of other skills.