These uppercase and lowercase letter matching caterpillars are a hands-on way to learn letters. You can even use them to learn numbers, shapes and more! 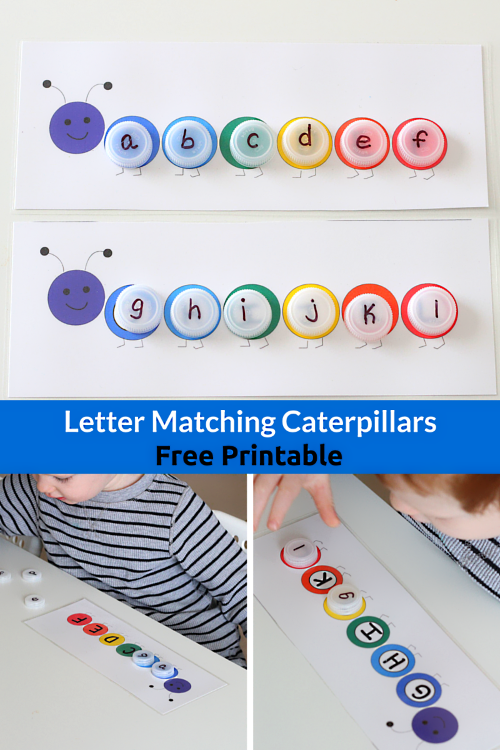 I made these cheerful caterpillars to engage Evan with a fun learning activity that would help him practice identifying uppercase and lowercase letters. I even laminated them so we could reuse them in a variety of different ways.

You can even use them to practice matching numbers, sight words,  shapes and even colors.

1. Print the caterpillar printable of your choice.

3. If you want to laminate them, now is the time. If you don’t, write a letter on each circle on the caterpillar. I wrote uppercase letters because I would prefer to use lowercase letters on my bottle caps.

4. Use your permanent marker to write a letter on each bottle cap.

5. If you laminated your caterpillar cards, you should now write letters on them with a dry-erase marker.

How to Play with the Caterpillar Letter Matching Cards

Have your child match the bottle caps to each circle on the caterpillar’s body. Evan had trouble sorting through all 26 letters to find the ones he needed, so I took all the letters we were working on out and just had him sort through those. This prevented him from getting overly frustrated with the activity. 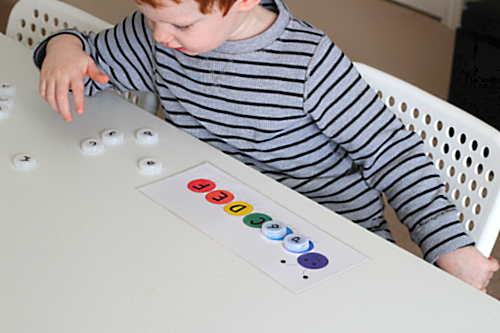 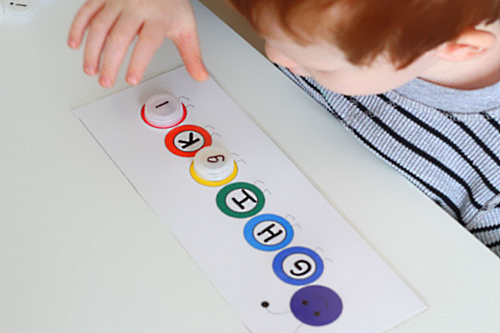 As he was matching up the letters, I made sure to include discussion about what sound each letter makes. 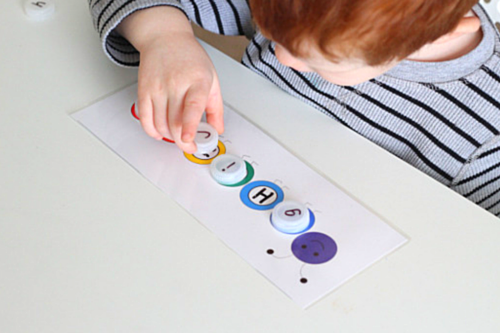 I plan to use these to work on other skills very soon! 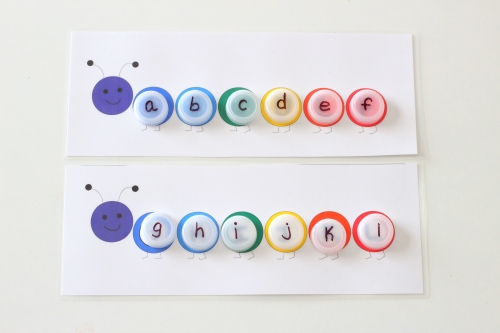