This is a super fun letter learning activity that will get your child moving and learning the alphabet! A close second to all the fun your child will be having is the fact that this activity is SO easy to do. It basically takes no prep. 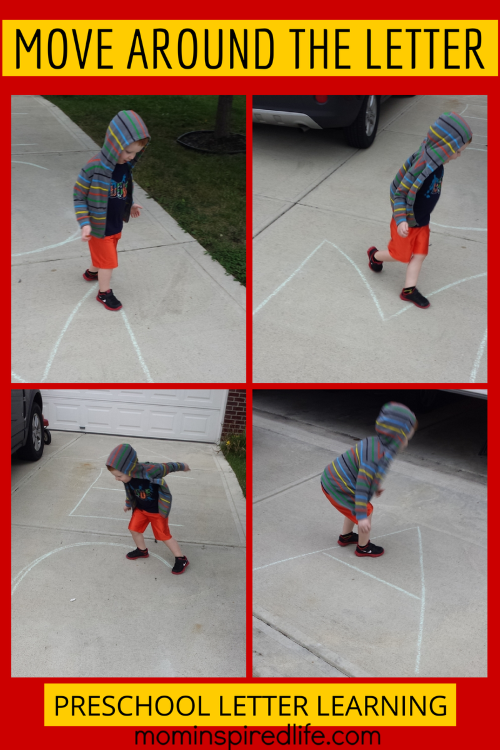 That’s it! I told you this would be easy.

Take the chalk and write very large letters on your driveway. I just chose a few letters at random on this particular day. However, I plan to do the letters of Evan’s name next. If you are working on a specific letter or set of letters, those would be perfect for this.

Then have your child walk along the letter lines. I had Evan go around it the same way you would write it on paper. To show him which way to go, I started first and he followed me around the letter. After he walked it, I had him run along the lines. Then he stomped, hopped and marched the letter as well.

It’s that simple. Evan burned off tons of energy, got exercise and was learning letters at the same time. He had so much fun and so did I!

If you like this activity, head on over to my ABC Activities Pinterest board for more alphabet learning fun!